Berdych/Stepanek ensured that the Czech Republic go into the reverse singles on Sunday in the ascendency (Image via Zimbio.com).

For a while on Friday it looked like the Czech Republic’s hopes of winning the Davis Cup in 2016 might fall by the wayside. Philipp Kohlschreiber had defeated Lukas Rosol, and Alexander Zverev was two-sets-to-one up against Tomas Berdych. A recovery from Berdych in that match ensured that the tie was level going into the doubles. Berdych partnered Radek Stepanek, but Philipp Kohlschreiber stepped in to partner former Wimbledon Men’s Doubles winner Philipp Petzschner. The Czechs won the match in straight sets 7-6, 7-5, 6-4, in two hours and forty-three minutes.

A close first set that featured no breaks of serve saw the German pair edge the tiebreak before each set got progressively easier for Berdych/Stepanek. The second set also proved close, with no break points through the first ten games. That changed in game eleven, when Petzschner/Kohlschreiber offered one chance, and the break was earned. A quick hold and the Czechs led by two sets.

Berdych/Stepanek continued to raise their game, finding another break early in the third. Petzschner/Stepanek had two chances but failed to capitalise. Both teams managed to hold their serves for the rest of the match, completing the straight sets victory for the Czech Republic.

The win for the Czech Republic ensures that they remain the heavy favourites in the tie going into the final reverse singles on Sunday. The doubles result means that for Germany to progress they must, bar injury or other unforeseen circumstances, find a way past world No.7 Berdych. Berdych owns a commanding 8-1 lead in the head-to-head with his likely opponent Philipp Kohlschreiber, and the Czech has won each of their last three encounters in straight sets.

Davis Cup Australia – USA day 2: Australia’s fighting spirit is not enough to overcome the Bryan brothers and the USA take the lead 2-1

Daniil Medvedev cruised past Facundo Bagnis in his opening round at Roland Garros. 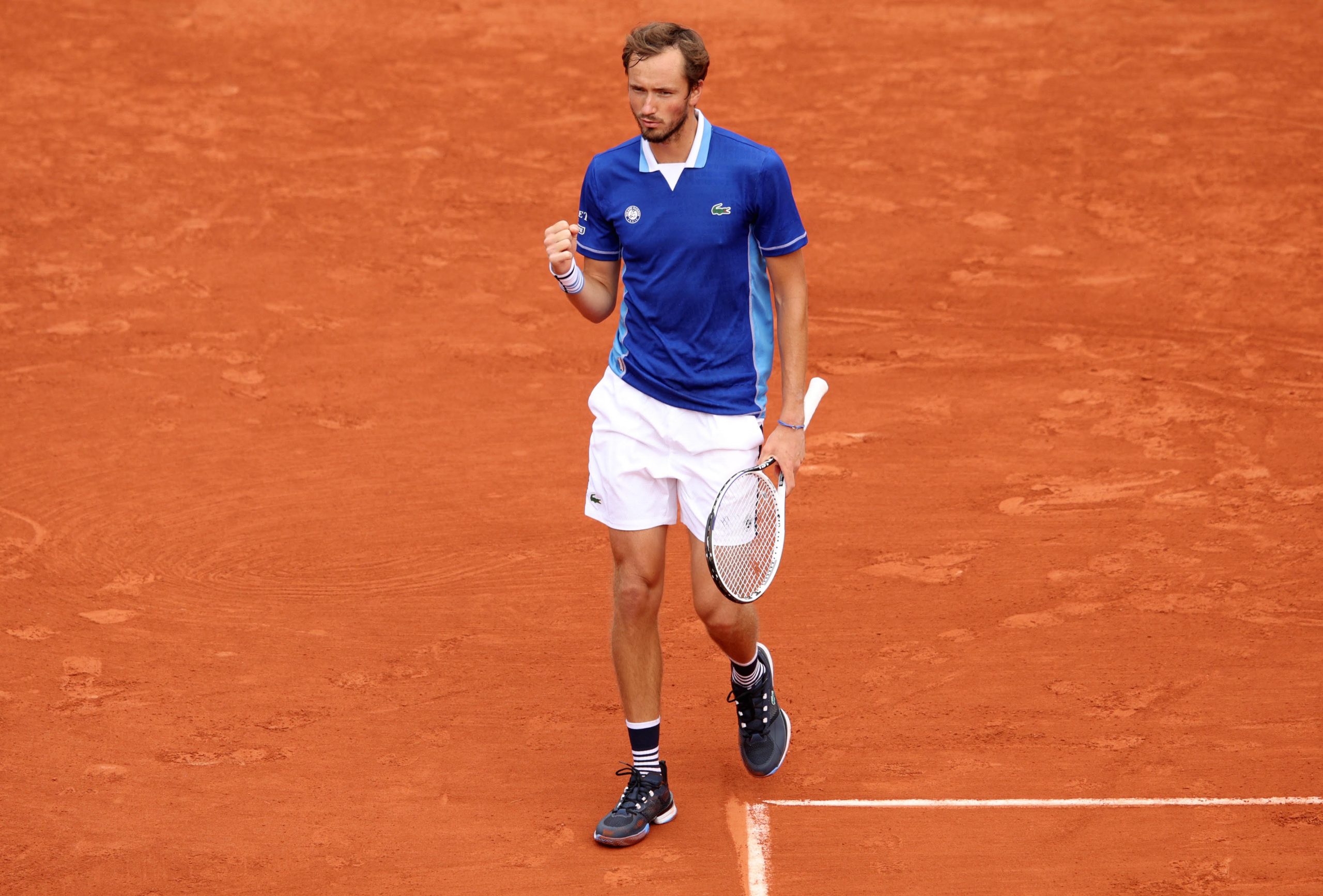 Daniil Medvedev has spoke about preparation and planning after his first win since hernia surgery.

The second seed was victorious in his opening round at Roland Garros after beating Argentinian Facundo Bagnis 6-2 6-2 6-2.

Medvedev usually hates the clay court season but the Russian, who reached the quarter-finals last year, cruised to victory with the loss of just six games.

This is only Medvedev’s second tournament since hernia surgery which took place after the Miami Open.

“But straightaway we made a good plan with my team, with my doctor team and physio team, to try to get me back on track as fast as possible. Because also what is tough is there is no sign of when you can actually start playing tennis. It’s just kind of you start, and if you feel pain, you should stop straightaway.

“So I started after four weeks, which usually it can take up to six weeks, I heard, average. I never had pain, so we are going step by step slowly, first day 30 minutes and then 45. Same, yeah, I went to Geneva to see how my body is. I felt great physically. I managed to put really strong practice hours here before Roland Garros. I feel 100% ready physically, so thanks to my team.”

Medvedev will look to build momentum as he prepares to miss Wimbledon due to Russian and Belarusian athletes being banned.

Now for the world number two the focus is on Roland Garros and on clay and after his match he broke down why he isn’t as effective on clay than he is on hard courts, “I would love to think that it’s not mental, because every time I start playing on clay every year, because you have to, I’m like, Come on, you know, just be better. This year is going to be different, is going to be, for you, the clay, and then I feel like I need a lot of time to adapt,” Medvedev explained.

“It’s about the movement, and I think my strokes are given like in the air because the balls are much heavier, they have dirt on them, so a lot of my balls, not at Roland Garros but other courts, for example, it was the case in Geneva, I feel like I’m doing a good job but it just goes in the net.

“When you don’t know what you can improve, that’s where it’s tough because you’re, like, What do I do next shot? Yeah, it’s not the case here, so I’m happy about it. So I know I’m capable of doing some good things. But, yeah, I need to be 100% focused and ready for what clay has to give to me. Right now I feel ready.”

Medvedev will look to continue his confidence on Thursday when he takes on Laslo Djere in his second round match.

Denis Shapovalov has a lot thinking to do after his round one exit to Holger Rune in Paris. 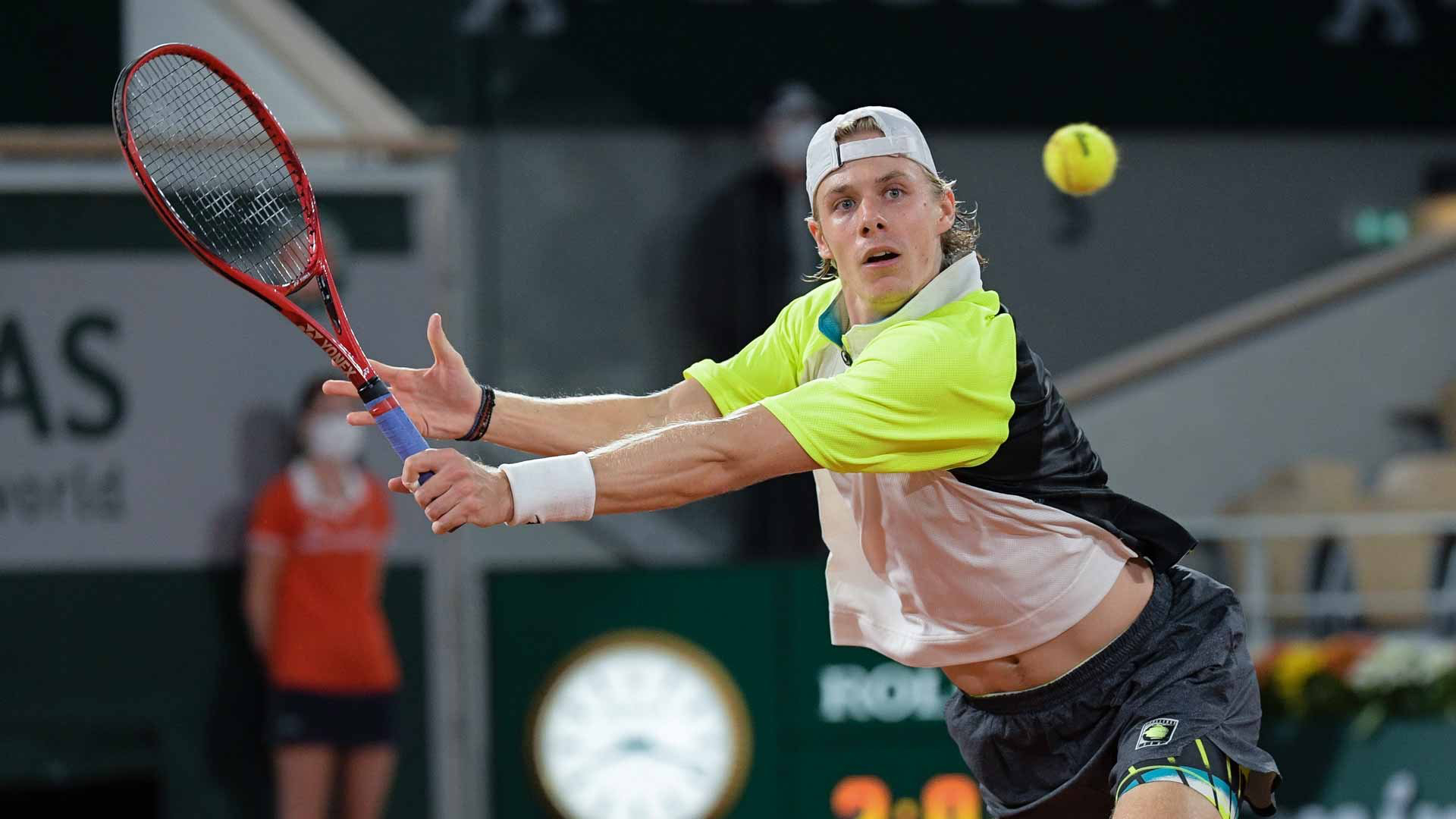 Denis Shapovalov left feeling frustrated after he lost 6-1 6-3 7-6(4) to Holger Rune in the first round of Roland Garros.

The Canadian headed into the opening round with confidence after reaching the last eight in Rome.

However Shapovalov hit 53 unforced errors in an underwhelming performance as he went to an in-form Holger Rune.

Rune, who won Munich and reached the semi-finals in Lyon, played electric tennis as he moves into the second round to play Henri Laaksonen or Pedro Martinez.

As for Shapovalov he was left frustrated and admitted improvement is needed ahead of the grass court season, “For sure I wasn’t able to bring out my best performance,” Shapovalov said in his post match press conference.

“It’s definitely frustrating. It just shows I have a lot to work on. And just
excited to get back to work. Never think I’m done learning and improving.
So, yeah, it’s difficult moment, but I just keep working. I didn’t really
show up today, so it’s a little bit difficult.

“Holger is playing some great tennis, won his first title, semis last week, I believe, pushing some top guys. So yeah, for sure not taking anything away from him, obviously he’s playing great tennis.

“But I think against most players today I wouldn’t come out the winner. So, yeah, a little bit frustrating on my side and just feel like I need to improve some things. Be sure that I’m ready for the slams.”

It’s another disappointing grand slam performance from Shapovalov who recognises he must do better in the future in order to break into the world’s top 10.

Speaking of the future the grass court season is up next where Shapovalov reached the semi-finals at Wimbledon.

However due to the ATP’s decision to remove ranking points as a result of the ban on Russian and Belarusian players at Wimbledon, whatever happens at SW19 Shapovalov will lose a hefty amount of points.

That is a decision that the Canadian doesn’t necessarily agree with, “I haven’t decided anything yet. Been trying to focus on this tournament,” Shapovalov admitted.

“I think first of all, if you have a pro competition, that everybody should be competing. I completely understand the politics and the situation they’re in. But again, if you have a tennis tournament that’s supposed to have the best athletes in the world, it shouldn’t matter where you’re from, this and that, you know? So everybody should be competing.

“I also don’t agree with the ATP to take out all the points. The most guys it’s affecting are the guys in the top rankings. Obviously Novak, me, Hubi, Berrettini, who is not playing here, we’re going to drop a lot. I think they could have gone with it a different way, maybe keep 50 percent like they have in the past or some kind of fairness. But even a guy like Fucsovics is going to drop out of the top 100, you know.

“So it’s difficult for the players when you don’t have a chance to defend and especially on a surface like grass where it’s already so short and the players that play well on that surface they don’t have that many opportunities tom make points, so you take a huge chunk of it out, it’s super difficult for players.”

It’s a dilemma many players will face heading into Wimbledon over the next few weeks.

As for Shapovalov his next tournament will be in Stuttgart which starts on the 6th of June. 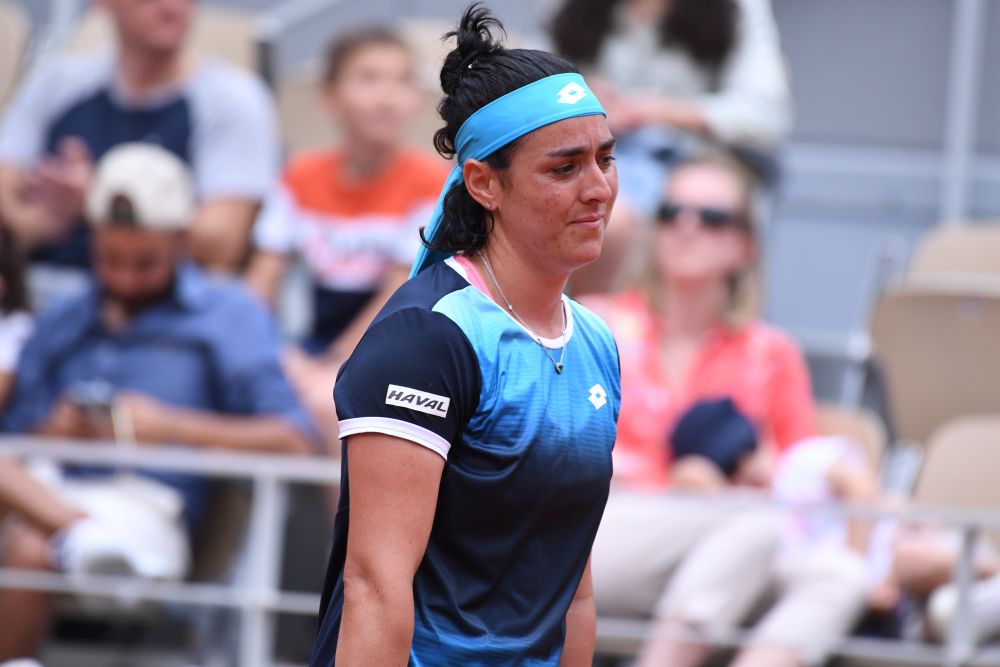 Having become the first African woman to win a Masters 1000 in Madrid, Jabeur was well fancied to rival Iga Świątek for the title.

After the two-hour, 28-minute epic, Jabeur had this to say.

“Obviously I was expecting better but we say maybe something happens bad because there is something good happening in the future.

“Hopefully I will play the grass season at Wimbledon, but I don’t know. It’s a time to reflect and see what happens next.”

“I just want to keep going. I am aware that one day my streak will stop,” Świątek said.

“I am 100 per cent focused on my tennis, not on stats or not on some numbers.

“I focus on my game and being kind of in a bubble. That’s what I’ve been doing the past weeks and I’m going to continue doing that here.”