Jo-Wilfried Tsonga in action at the 2016 ASB Classic (image via zimbio.com)

Jo-Wilfried Tsonga kicked-off his 2016 campaign with a solid 6-3, 6-4, win over Germany’s Philipp Kohlschreiber.

The Frenchman was playing in his first tournament of the year after withdrawing from last week’s Mubadala World Tennis Championship due to a forearm injury. Facing the world No.34 in Auckland, the Frenchman experienced little difficulty. As proceedings got underway Kohlschreiber produced a nightmare start after hitting two consecutive double faults in his first service game to grant Tsonga a 2-0 lead. The falter proved costly as the second seed remained strong on his serve to take the opening set after 29 minutes.

Tsonga dealt his next blow to the German at the start of the second set. Applying pressure onto Kohlschreiber’s second serve, Tsonga converted for the second time of the match after he forced his opponent to hit the ball out. The momentum was nearly squandered in the sixth game of the set when the German had a double chance to break back. Kohlschreiber failed to capitalize on the double opportunity as Tsonga clawed his way back to maintain the lead in the match. The sixth game was the only time that Tsonga was in danger. Serving for the match, the world No.10 raced to 40-0 before taking the win due to a forehand unforced error from his opponent.

In his first match of the year, Tsonga produced seven forehand and five backhand winners. On the other hand, it wasn’t a perfect performance from the Frenchman who produced 26 unforced errors in the match. Assessing his performance in Auckland, Tsonga was encouraged with how he performed.

“I’m pretty happy with the result, it is the first match of the year for me. I felt great.” Tsonga said during his on court interview.

In the last eight Tsonga will play Fabio Fognini. Fognini saved two match points before edging past Portugal’s Joao Sousa on Tuesday. The world No.10 currently has a 100% record against Fognini after winning all three of their previous encounters.

Top seed David Ferrer was too strong for Australian qualifier Matthew Barton, winning 6-2, 6-4. Barton was playing in his first ATP main draw this week in Auckland. The Spanish world No.8 was dominant on his serve throughout the match, facing no break points and winning 88% of his first serves. Ferrer is bidding to win his fifth title in Auckland this year. The event is special for the 33-year-old, who claimed his first ATP hard court title in New Zealand back in 2007. During his press conference, Ferrer praised the tournament officials.

“I like this tournament a lot, obviously the people [here] enjoy their tennis and have fun,” said Ferrer. ” [I’ve been involved] in a tournament in Valencia and [Auckland] is a great example of how to make a good tournament.” He said.

Next up for Ferrer will be Lukas Rosol. The Czech stunned French fifth seed Benoit Paire 6-4, 7-5. The top seed have played Rosol twice last year in Beijing and Miami. On both occasions he took the win in straight sets.

Kevin Anderson overcame Dutch qualifier Robin Haase 7-6(8), 7-6(5) in a mixed encounter for the South African. Playing in his first match of the year after withdrawing from Chennai last week due to a knee injury, Anderson was at times rusty on the court. Nevertheless, the South African sealed the win with the help of eight aces. Following his first match of the year, the world No.12 gave an update on his knee.

“It’s been playing up a little bit but it’s feeling much better now,” Anderson said.
“I was happy with how it felt in today’s match. It’s always a very tricky and tough match but it gets you feeling more comfortable, especially when you’ve had a pretty long break coming off the off season.”

Next up for the world No.12 will be Jack Sock. Facing close friend and doubles partner Vasek Pospisil, the American cruised to a 6-2, 6-4, win. Anderson has beaten Sock once before at the 2014 Rome Open.

In other matches, Roberto Bautista Agut reached his second consecutive quarter final on the ATP Tour this year after defeating Donald Young 6-4, 7-6(3). Bautista Agut will play John Isner for a chance to progress to the last four. Third seed Isner required over two hours in his match to defeat Sam Querrey 7-6(8), 6-7(4), 6-4. 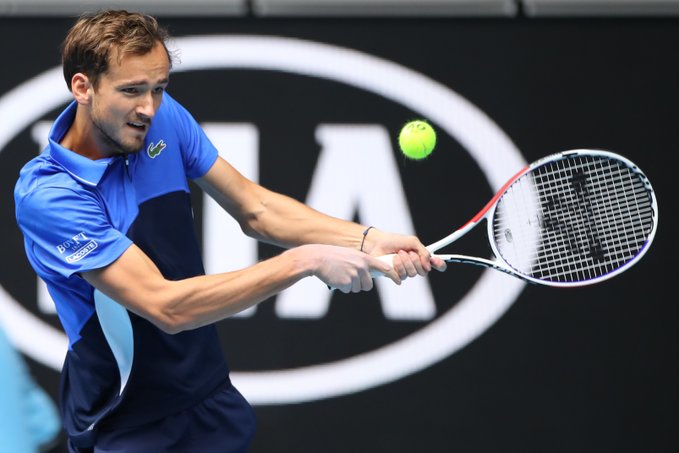