TENNIS – Davis Cup 2014. The Swiss team produced a remarkable comeback rallying from a 1-2 deficit to take a hard-fought win over Kazakhstan with 3-2 in front of 16000 enthusiastic fans who packed the Expo arena in Geneva. Diego Samapaolo

Australian Open champion Stan Wawrinka fought back from a set down to overcome Michail Kukushkin with 6-7 (4-7) 6-4 6-4 6-4 to keep Swiss hopes alive. Wawrinka took a re-match against Kukushkin who beat the Swiss in five sets in the 2010 Davis Cup Play-off when Kazakhstan beat Switzerland 5-0.

In the first set Wawrinka created the first two break points of the match but he could not convert them. The first set came down to the tie-break where Kukushkin closed out the first set on his third set point when Wawrinka hit a forehand long.

Then it was the turn of Roger Federer to seal the decisive win with a three-set win over Andrei Golubev with 7-6 (7-0) 6-2 6-3 to set up the semifinal match against Italy which will be played in Switzerland from 12th to 14th September. Switzerland will play the first Davis Cup semifinal in 11 years. The last time the Red-Crossed team reached this stage dates back to 2003 when they lost against Australia.

It was the first time that Federer played a decisive fifth rubber match in the Davis Cup.

Federer broke serve in the third game of the first set to take a 2-1 lead but Golubev broke back in the sixth game. The first set came down to the tie-break where Golubev made a double fault on the first point. Federer dominated the breaker with a clear 7-0-

Federer saved a break point in the sixth game before taking the break in the following game to close out the second set with 6-2. The Swiss legend broke serve for 3-1 but Golubev broke straight back after Federer made a couple of errors. Golubev made two double faults to drop serve in the sixth game. Federer did not look back and cruised to 5-2 before holding serve to love to seal the third set with 6-3 to the delight of Swiss fans.

Davis Cup 2014: Close shave, France made it through to the semifinals

Italy vs GB: Fognini and Seppi complete the comeback 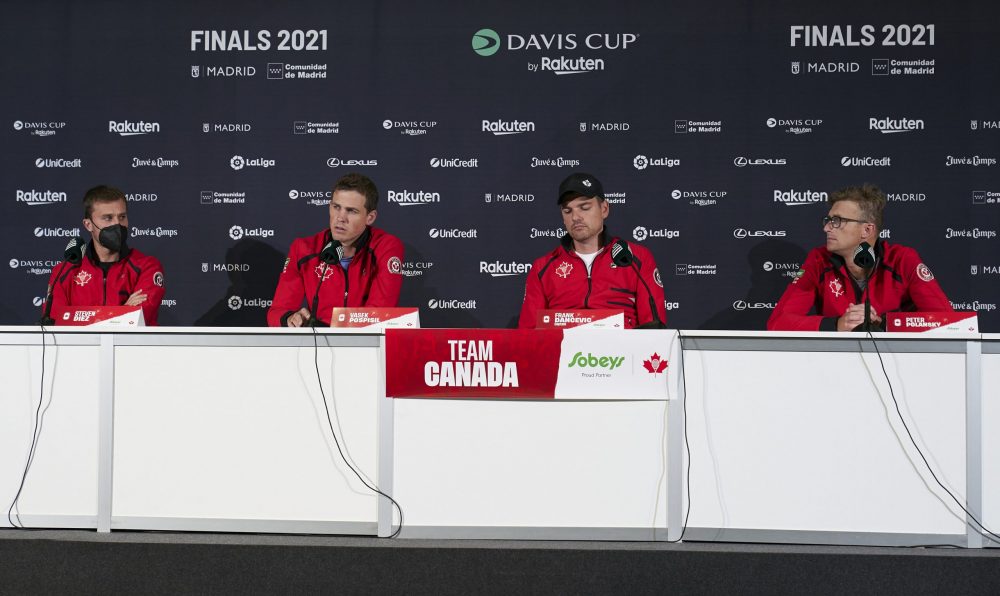 Here is a full list of players who have been nominated to play in the team event next month. 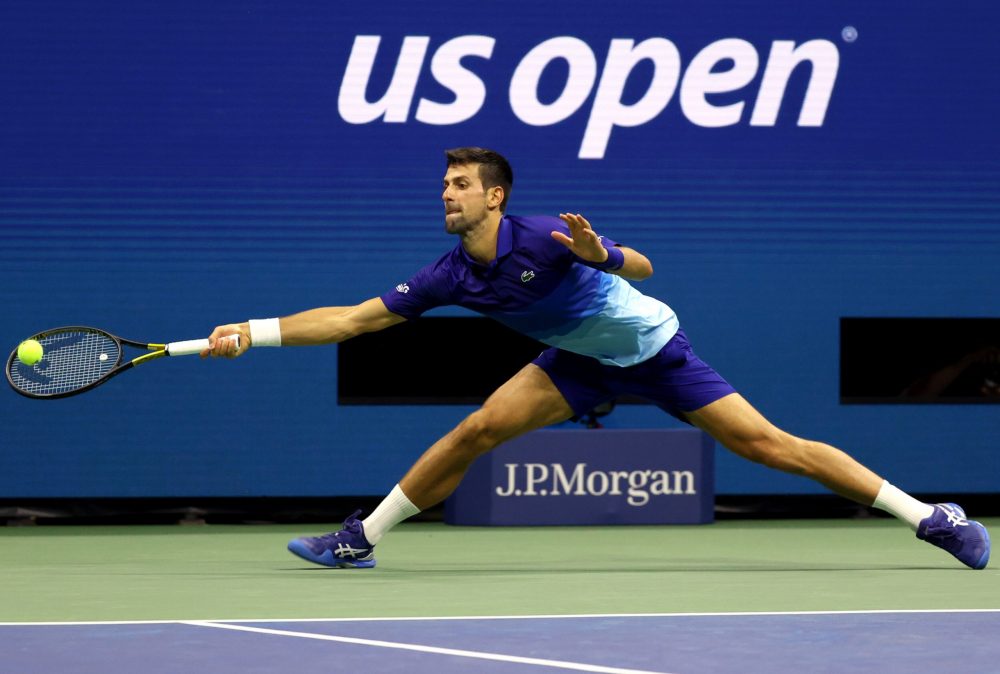 Novak Djokovic returns a shot during a Men's Singles quarterfinal match at the 2021 US Open, Wednesday, Sep. 8, 2021 in Flushing, NY. (Jed Jacobsohn/USTA)

World No.1 Novak Djokovic will lead Serbia in the Davis Cup Finals once again after getting officially nominated for the event on Monday.

The 20-time Grand Slam champion hasn’t played a competitive match since losing in the final of the US Open but had previously expressed his desire to play in the team event. Djokovic will be the only top 20 player participating in Group F with both Austria and Germany missing their top players. Dominic Thiem is still recovering from injury and Alexander Zverev has said he would not play in protest of the changes made to the Davis Cup in recent years.

Djokovic, who has won three out of the four major events this season, is expected to play in both the Paris Masters and ATP Finals prior to the Davis Cup. He was instrumental in guiding his country to glory in the team competition back in 2010 which was the first and only time they have won the title.

Russia boasts a strong team with both US Open champion Daniil Medvedev and world No.6 Andrey Rublev getting the nod. Making them the only team in the event to feature two top 10 players. Unlike other countries, they will be called the Russian Tennis Federation (RTF) in the tournament. This is due to a previous WADA and CAS ruling against the Russian Anti-Doping Agency over the country’s involvement in state-sponsored doping during multiple Olympic Games.

Italy, who hasn’t won the Davis Cup since 1976, will be headlined by Wimbledon runner-up Matteo Berrettini. Joining him in the team will be Jannik Sinner, Lorenzo Sonego, Fabio Fognini and Lorenzo Musetti. The Italians have the advantage of playing their group ties on home ground in Turin which is the same city which will hold the ATP Finals. They will take on America and Colombia.

It is possible that some nominations for the Davis Cup could change in the coming weeks. French captain Sebastien Grosjean told reporters that it is possible he may include Gael Monfils in the team should he produce some good results on the Tour. Meanwhile, Andy Murray isn’t ruling out taking part.

“Never say never, maybe I could be convinced to play,” The Times newspaper quoted Murray as saying on Monday.

The Davis Cup Finals will take place between November 25 – December 5th. The group and quarter-finals ties will be held across Europe in Madrid, Turin and Innsbruck. Then the semi-finals and final will be held in Madrid. Each Group tie will consist of three matches – two singles and one doubles.