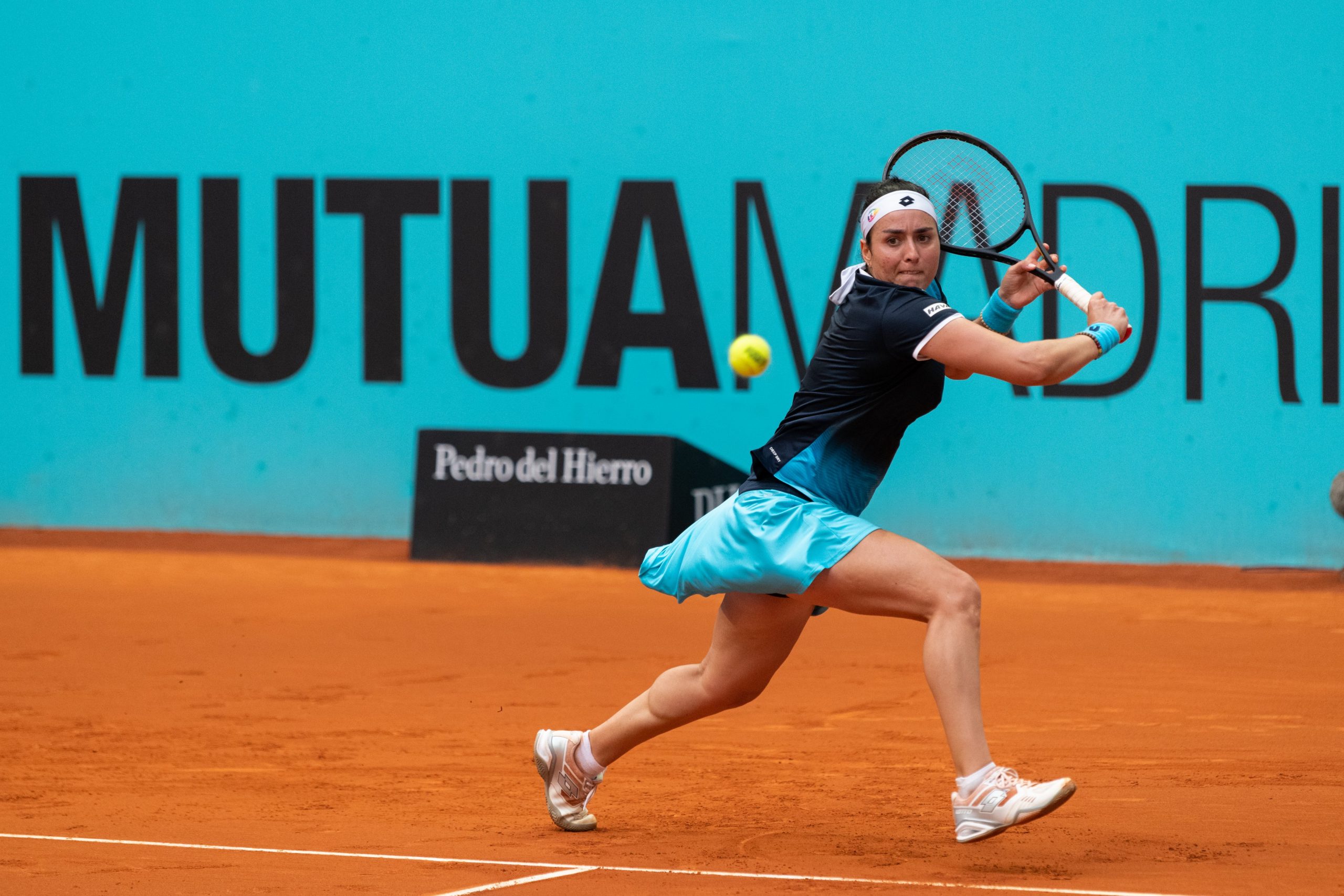 On Saturday, either Ons Jabeur or Jessica Pegula will win the biggest title of their career.  It’s a first WTA 1000 final for both players, who were ranked outside the top 75 at the start of last season.  Come Monday, both will be in the top 11 or better.

Each day, this preview will analyze the two most intriguing matchups, while highlighting other notable matches on the schedule.  Saturday’s singles matches get underway at 4:00pm local time, with doubles starting at 1:30pm.

Novak Djokovic (1) vs. Carlos Alcaraz – Not Before 4:00pm on Manolo Santana Stadium

This will be a quite a test for the 19-year-old Spaniard, as he tries to defeat two of the all-time greats on back-to-back days.  It’s reminiscent of what David Nalbandian achieved 15 years ago at this very event, when he took out Nadal, Djokovic, and Federer back-to-back-to-back.  But this will also be a test for Djokovic, who has only played 10 matches this year.  And he’s never faced the young phenom, who has become one of the ATP’s top players in Novak’s absence.  Djokovic lost his only other match against a top 10 player in 2022, when he faced Andrey Rublev in the Belgrade final.  But the deciding factor on this day may be the condition of Carlitos’ ankle, as he turned it during the second set on Friday against Nadal.  While Alcaraz still prevailed, it’s unknown how the ankle will feel on Saturday.  Djokovic gained some valuable match play two weeks ago in Belgrade, and should be the fresher and healthier player, making him the favorite.

They have split four previous meetings, all on hard courts.  Three of those occurred within the past nine months, with Jabeur taking the last two.  This past February in Dubai, it was all Ons, as she prevailed 6-3, 6-1.  On clay, Jabeur should have a decided advantage, as she owns much more success on this surface than Pegula.  Between the last two seasons, Ons is 24-6 on clay, with two runner-up trophies.  During the same span, Jess has gone 12-5, with five of those wins coming this fortnight.  The American has won her last four matches in straight sets, though notably she’s yet to face a seeded player.  Jabeur defeated 11th-seeded Belinda Bencic, as well as an in-form French Open champion in Simona Halep.  Both players possess one WTA title in their career.  Pegula is 1-2 in finals, while Jabeur is 1-4.  But on this surface, the more varied, complex game of the Tunisian should be able to earn Ons her second career title.

Sascha Zverev (2) vs. Stefanos Tsitsipas (4) – Tsitsipas took out Andrey Rublev on Friday in three, while Zverev overcame Felix Auger-Aliassime in straights.  Stefanos has the clear edge in their rivalry, with a record of 7-3 overall, and 3-0 on clay.  That includes a comfortable straight-set win last month in Monte Carlo.

Related Topics:Madrid Open
Up Next 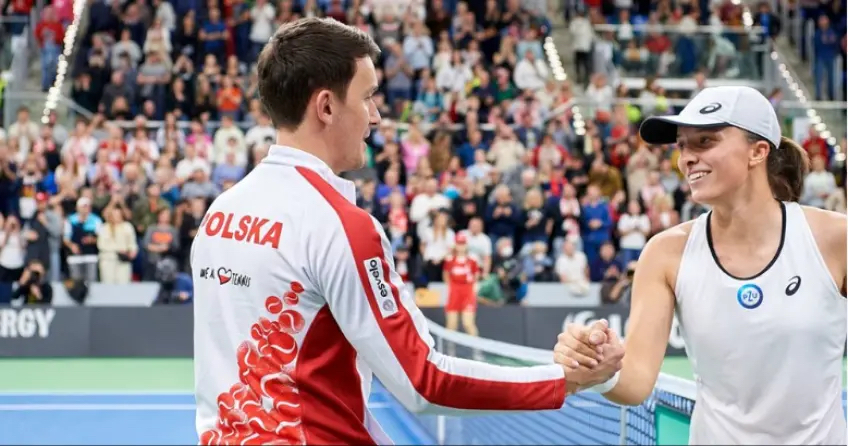 It was an emotional evening in London as Roger Federer said goodbye to tennis. 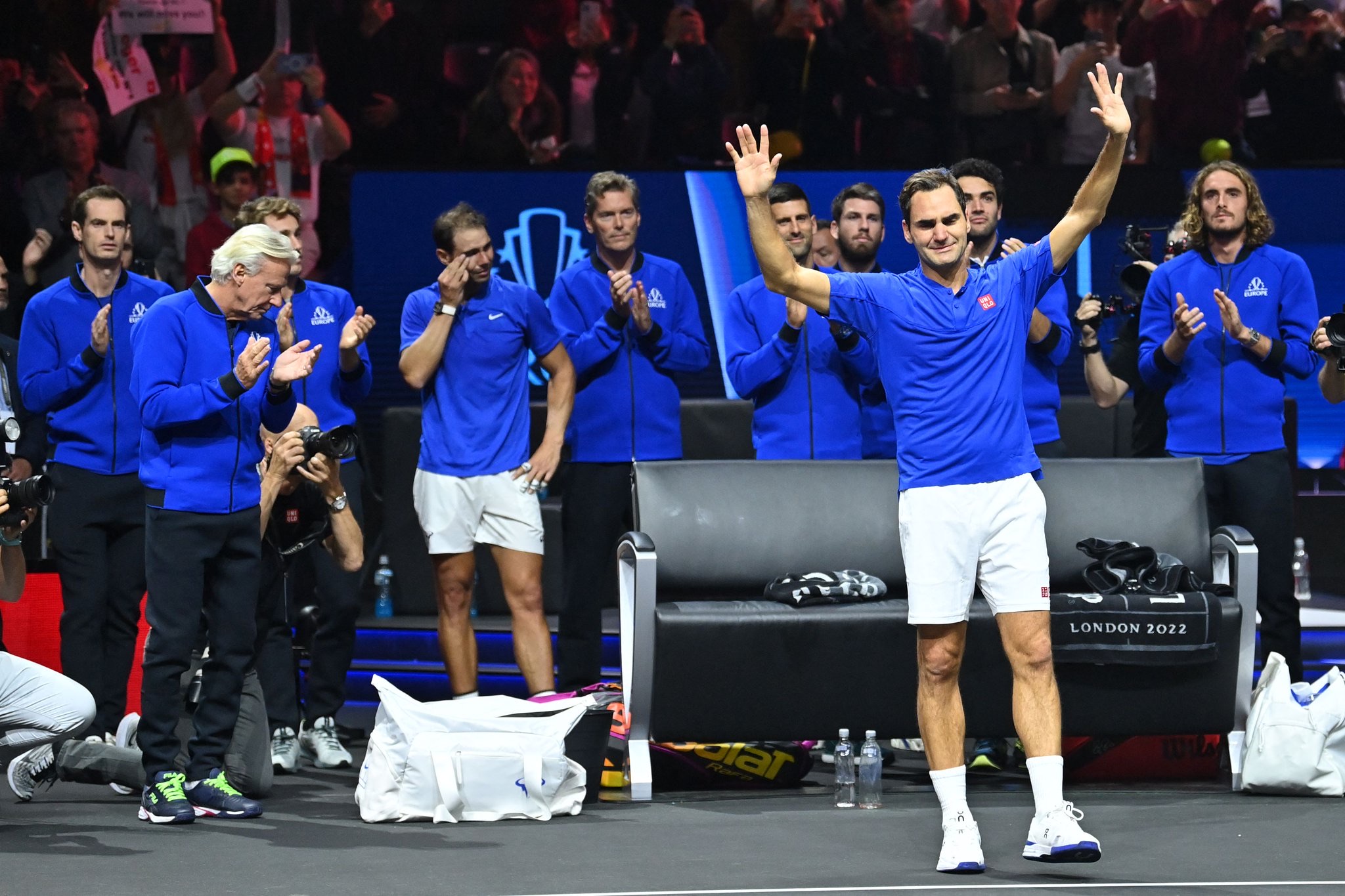 Roger Federer has said that his retirement from tennis was full of joy not sadness after an emotional occasion at the Laver Cup.

The career of one of the greatest tennis players of all time is over after 20-time Grand Slam champion Roger Federer played his last match of his career at the O2 Arena in London.

Federer teamed up with Rafael Nadal to take on Frances Tiafoe and Jack Sock with the American pairing claiming victory 4-6 7-6(2) 11-9 to level the tie for Team World at 2-2.

However celebration was limited as the whole venue celebrated, cried and soaked up the emotion that Roger Federer’s career was over.

There were tears from Federer, his family as well as rivals Rafael Nadal and Novak Djokovic as the end of an era was upon Tennis.

Even a performance from Ellie Goulding saw the Arena’s emotion get stronger as the Swiss maestro said goodbye to a sport he has played since he was a kid.

However despite the tears Federer claimed after the match that it was a day of celebration not sadness as he closed a big chapter of his life, “It’s been a wonderful day. I’m happy, not sad. It feels great to be here. I’m happy I made it through,” Federer told the BBC website.

“It’s been the perfect journey. I’d do it all again. Everyone’s here, the boys and girls. My wife has been so supportive. She could have stopped me a long, long time ago but she didn’t.

“Being with the guys and having family and friends, I didn’t feel the stress so much even if I felt something would go during the match. I am so glad I made it through and the match was great. I couldn’t be happier.”

After 1,750 matches in his career, Federer now faces the prospect of leaving the sport he has know for over 20 years as a professional tennis player.

But Federer gave the biggest hint yet that he wants to continue to be apart of the sport for the future.

Speaking to the press Federer claimed that he wants to travel around the world to say thanks to those who didn’t have a chance on Friday evening, “Hopefully we’ll see each other again on a different type of tennis court, somewhere around the world,” Federer was quoted as saying by the BBC website.

“I think the message from me was just making sure I relay my passion for the sport to the fans. I have no plans whatsoever, where, how, when. All I know, I would love to go and play places I have never played before or go say thank you for years to come to all the people that have been so supportive of me.

“The hard part about the Laver Cup was that tickets were already sold out. The people who maybe would have also loved to be here couldn’t make it. Maybe there is another way down the stretch we can party all together.”

An incredible career was celebrated, rejoiced and soaked in by the whole of Tennis and now Federer gets to reflect on a once in a lifetime career.