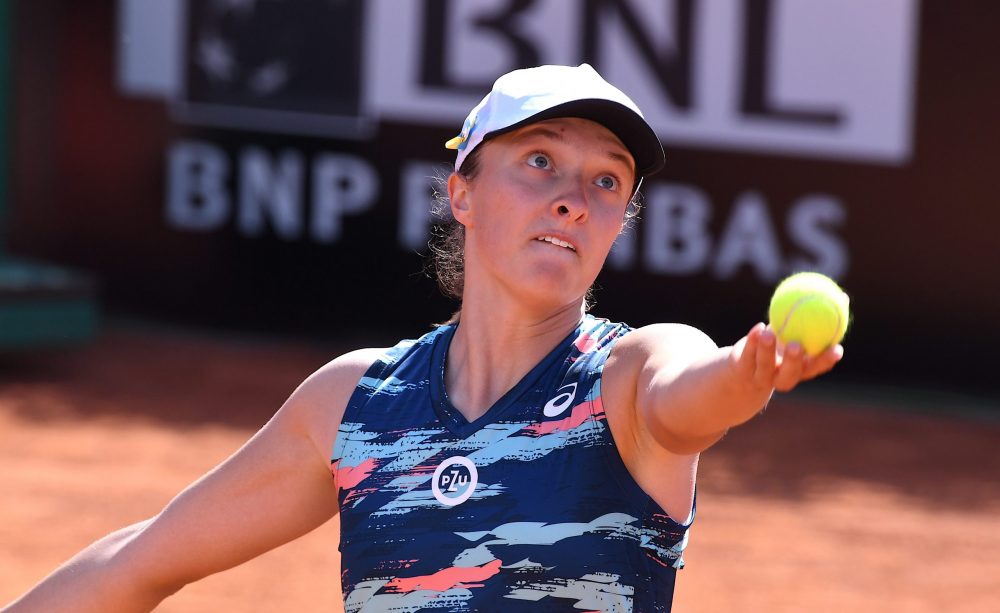 The unpredictability of three-set matches means that it is possible that Iga Swiatek could suffer a surprise defeat at the upcoming French Open, according to former world No.1 Mats Wilander.

Swiatek will be the top seed at Roland Garros where she will be bidding to win the Grand Slam for the second time in her career after 2020. The Pole has dominated the Tour in recent weeks by winning 28 matches in a row which is the longest winning streak in women’s tennis since Serena Williams back in 2013. She has won five tournaments in a row with four of those being a WTA 1000 event.

The impressive run by Swiatek has positioned her as the clear favourite for French Open glory once again. However, Wilander believes it is possible that her winning run could end in Paris due to the format of the event. Speaking to Eurosport, the Swede said he believes Swiatek would always be the ‘big favourite’ if matches were played in a best-of-five format but when it comes to best-of-three she is more vulnerable.

“If it was five sets, I would say Iga Swiatek is always the big, big favourite because the level she would play at over five sets, she would always be the big favourite,” said Wilander.
“Because it’s three sets, there are a lot of women that can come out and play unbelievably for 45 minutes to an hour and in that time they could leave Swiatek 6-3 or up a break and suddenly we now need a little bit of luck to turn the match around.
“She’s the favourite for sure, but it’s much more difficult to consistently be the favourite over three sets. Iga still needs good starts in matches whereas Novak [Djokovic] does not need a good start in any match and after one, two hours, he will slowly become the favourite over a match that will last a minimum of three hours.
“With Iga it could last one hour and she might not have found her form that day.”

Speaking about the tennis star’s playing style, Wilander believes she is setting the path for the future of women’s tennis. Swiatek, who will turn 21 at the end of this month, has won eight WTA titles so far in her career with half of those being on a clay court.

“The future of women’s tennis is going the way that Swiatek is playing with a forehand that is a little bit more top spin in the past, so the margin of error is much bigger,” he said.
“She can play safe but very aggressive, just like Rafa and Novak with the forehand. We haven’t really seen that in the women’s game as it takes racquet head speed and strength to develop that.
“Iga is on the way to where the women’s game is going, which is a little more variety and a little bit more safety, but still extremely aggressive. I expect we will still have lots of different winners in the women’s game because it’s three sets.”

Since 2008 there has only been three occasions when the French Open women’s title was won by the top seed. Williams did it twice in 2013 and 2015, followed by Simona Halep in 2018. Should Swiatek win the title, she would become the 10th woman in the Open Era to have won the tournament on multiple occasions.

The French Open will begin on Sunday.