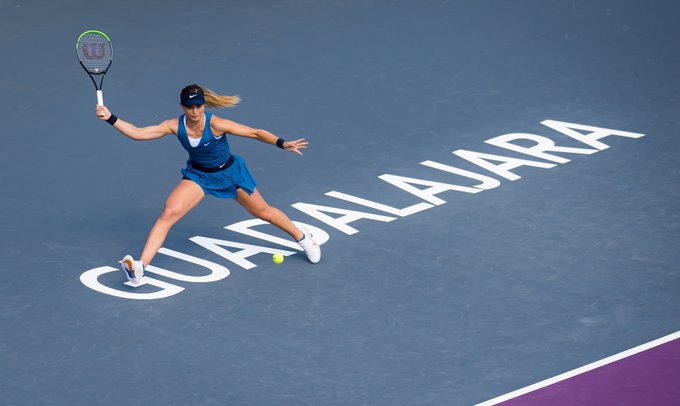 In a rarity, the semifinals of the WTA Finals will occur on a Tuesday in Guadalajara. One semifinal is the first all-Spanish semi in WTA Finals history. The other semifinal sees Anett Kontaveit face Maria Sakkari, who spent nearly three hours on court Monday evening in an intense battle with Aryna Sabalenka.

At the ATP Finals, it’s the third of six round-robin days of play. And it’s headlined by a matchup between the No.2 and No.3 players in the world, who are currently tied at 5-5.

Each day, this preview will analyze the most intriguing matchup at each event, while highlighting the other matches on the schedules. Tuesday’s play get underway at 11:30am local time in Turin, and 2:00pm local time in Guadalajara.

Daniil Medvedev (2) vs. Sascha Zverev (3) – Not Before 2:00pm in Turin
Zverev claimed their first four meetings, but Medvedev has taken the last four. That includes the semifinals of Bercy two weeks ago, when the Russian comfortably prevailed 6-2, 6-2. All 10 of their matchups have occurred on hard courts. Last year at this event, they also played in the round robin stage, with Daniil winning in straights. Medvedev dropped the first set on Sunday to Hubi Hurkacz, but stormed back to win in three. Zverev won a first-set tiebreak by a score of 9-7, with Matteo Berrettini retiring shortly after due to an abdominal injury. These conditions are very different from when they last played in Paris: the courts, balls, and altitude are making for what many players are describing as the fastest conditions of the entire season. This enabled Zverev’s serve to be extremely effective, as he averaged 134 mph on his first serve, and struck 10 aces to only one double fault. The German should be much more competitive in these conditions, but based on how their head-to-head has progressed, Medvedev remains the favorite.

Garbine Muguruza (6) vs. Paula Badosa (7) – in Guadalajara
This will be the first-career encounter between the two Spaniards, both of whom went 2-1 in round robin play. Muguruza stopped Kontaveit’s 12-match win streak on Sunday, though it’s worth noting the Estonian had qualified for the semifinals before that contest took place. Badosa similarly lost a dead rubber on Monday to Iga Swiatek after already securing her advancement, putting an end an eight-match win streak of her own. It will be interesting to see if those losses halt the momentum of Badosa and Kontaveit, and how Paula and Garbine handle playing a fellow countrywoman in such an important match. I suspect Monday’s loss will impact Badosa’s confidence, and allow the more-experienced Muguruza to reach the championship match of this tournament for the first time. Either way, we’ll have the first Spanish finalist since Arantxa Sanchez Vicario in 1993.

Other Notable Matches on Tuesday:
Matteo Berrettini (6) vs. Hubert Hurkacz (7) – There is serious doubt this match will happen, as Berrettini is yet to decide if he’ll be able to play due to his injury. If he cannot compete, he will be replaced by another Italian, Jannik Sinner. Berrettini is 2-1 against Hurkacz, while Sinner lost his only previous matchup against Hubi in the final of this year’s Miami Open.
Maria Sakkari (4) vs. Anett Kontaveit (8) – This will be their tenth meeting across the last six years. Sakkari leads their head-to-head 5-4, though they are 2-2 this season. Most recently in the final of Ostrava, Kontaveit won the title in straight sets, which was Sakkari’s only tour final in 2021 to date.
Nikola Mektic and Mate Pavic (1) vs. Marcel Granollers and Horacio Zeballos (4) – This is a rematch from the championship match at Wimbledon, which Mektic and Pavic won in four sets. They split two other encounters this season on clay. The team that prevails on Tuesday will lead the round robin group with a 2-0 record.
Ivan Dodig and Filip Polasek (6) vs. Kevin Krawietz and Horia Tecau (8) – Earlier this year in Madrid when these teams collided,, Dodig and Polasek were victorious in a match decided by a 10-point tiebreak.

Tuesday’s full Order of Play in Turin is here, and for Guadalajara is here.