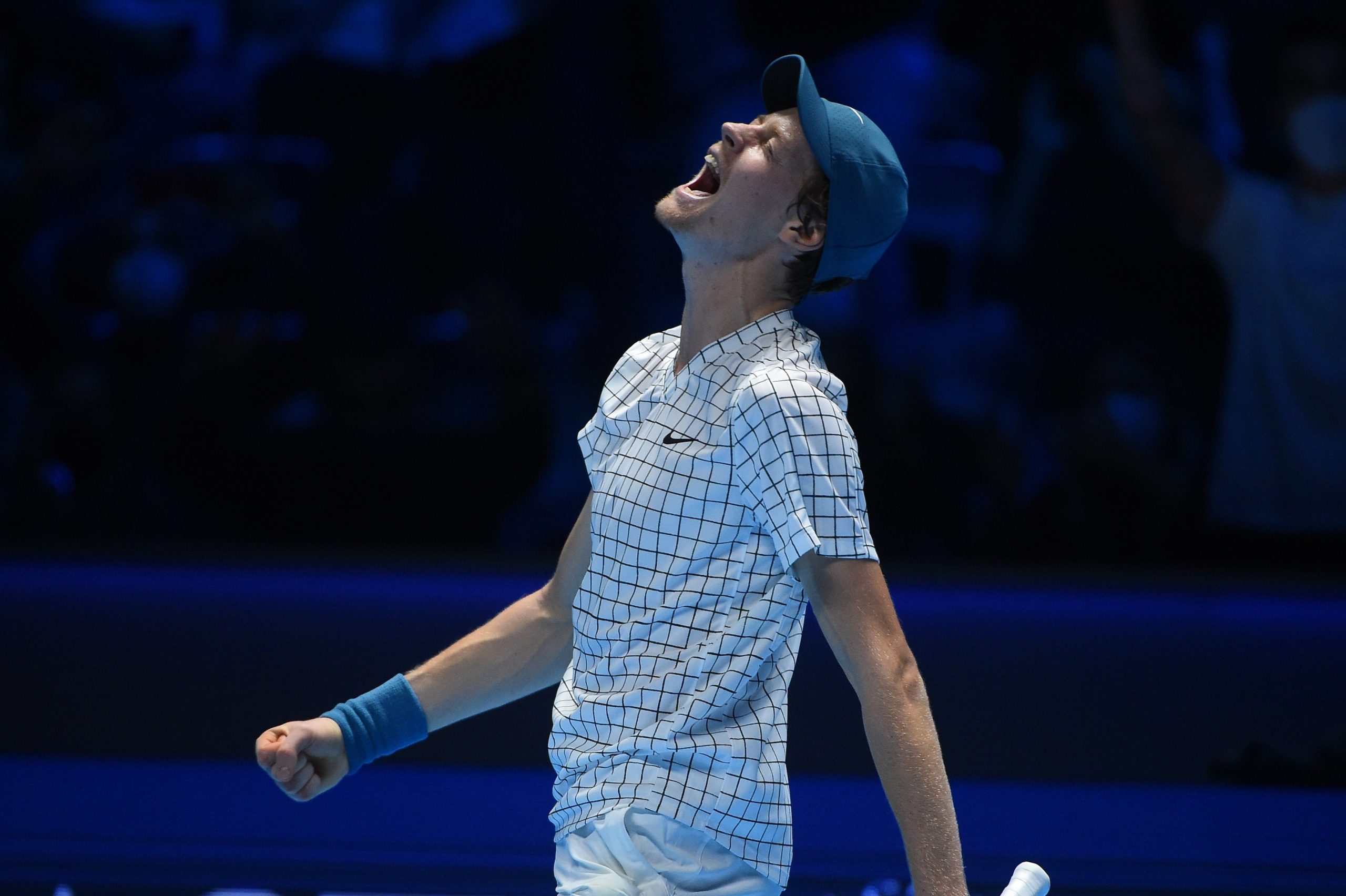 When Italian No.1 Matteo Berrettini withdrew on Tuesday due to an abdominal injury, he was replaced by the Italian No.2, Jannik Sinner.  And the 20-year-old made quite a splash in his ATP Finals debut, thrilling the Turin crowd with a 6-2, 6-2 victory over Hubi Hurkacz.  Sinner can actually qualify for the semifinals if he wins on Thursday, and if Hurkacz can overcome Sascha Zverev.  But standing in Jannik’s way is defending champion Daniil Medvedev, who is 2-0 this week and has already advanced to the semifinals.

Each day, this preview will analyze the most intriguing matchup, while highlighting the other matches on the schedule.  Thursday’s play get underway at 11:30am local time.

These players have only previously met in one city, colliding at the Marseille 250-event in 2020 and 2021.  On both occasions, Medvedev prevailed.  That’s been the usual result for the Russian on this surface.  Across the last two seasons, Medvedev is now 72-15 on hard courts.  However, Sinner is far from a slouch on this surface.  He’s won five titles since last November, all on hard courts.  And his biggest career final to date was also on this surface, this year’s Miami Open.  The Italian’s crisp, authoritative ball striking can be smothering, especially on these fast courts.  But it may not be a match for Daniil’s unparalleled defensive skills.  Yet the most persuasive factor on Thursday may be the Turin crowd.  They were electric for Sinner on Tuesday, while separately agitating Medvedev, even when he wasn’t playing an Italian.  Daniil would be best served to not antagonize the audience, as they will be eager to get involved and have a say in the outcome.  But despite the passionate Italian crowd, Medvedev remains the favorite.

Sascha Zverev (3) vs. Hubert Hurkacz (7) – There has been talk Hurkacz may withdraw due to injury, in which case he would be replaced by a third alternate, Aslan Karatsev.  If Hurkacz plays, he can still qualify for the semifinals if he defeats Zverev and Medvedev defeats Sinner.  Zverev can control his own destiny, and will qualify if he defeats Hurkacz.

Marcel Granollers and Horacio Zeballos (4) vs. Kevin Krawietz and Horia Tecau (8) – Granollers and Zeballos are 2-0 and have already qualified for the semifinals, while Krawietz and Tecau are 0-2 and have been eliminated from semifinal contention, so only ranking points and prize money are on the line in this match.

Nikola Mektic and Mate Pavic (1) vs. Ivan Dodig and Filip Polasek (6) – Both teams are 1-1, so the winning team will advance, while the losing team will be eliminated.  These teams met three times in 2021, with Mektic and Pavic taking two of those three encounters.