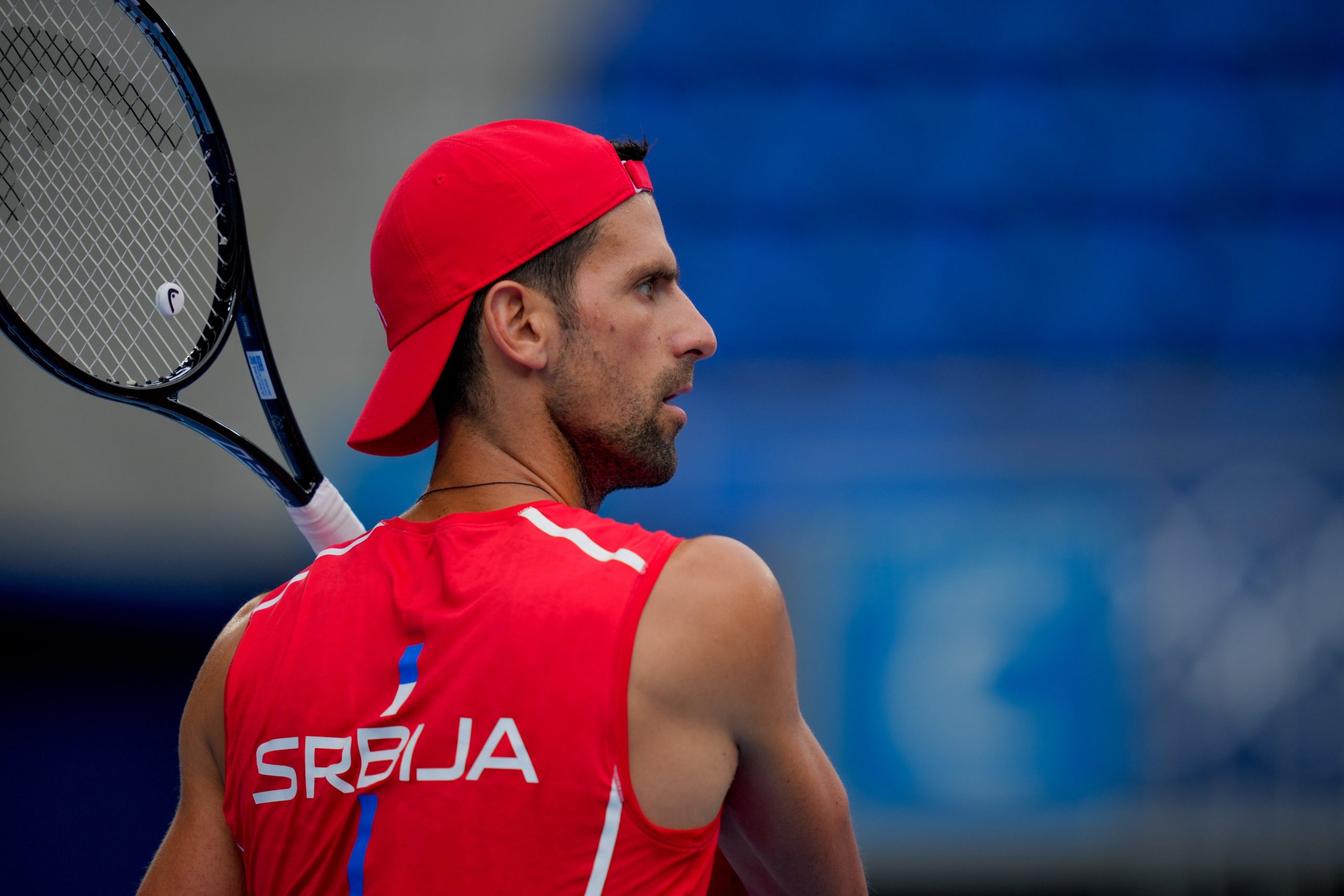 Novak Djokovic is one Olympic Gold medal and one US Open away from becoming the second player to achieve the Golden Slam: winning all four Majors and the Olympic gold medal in singles within the same year.  Thus far, it’s a feat only accomplished by Steffi Graf in 1988.  Djokovic has already won 21 of 34 matches necessary to do so, with six wins required over the next nine days in Tokyo.  How will Novak perform under the pressure of this once-in-a-lifetime opportunity?

While many top names decided to skip this event, the men’s singles draw still features five of the world’s top 10, with seven of the top 10 on the women’s side.  Djokovic and Daniil Medvedev are the men’s top seeds, while Wimbledon champion Ash Barty and Naomi Osaka, who had the honor of lighting the Olympic cauldron on Friday, are the women’s top seeds.  And with so many singles players also competing in doubles, there will be plenty of highly-anticipated doubles matchups.

The event will be staged at the Ariake Tennis Park, which usually hosts ATP and WTA 500 tournaments shortly after the US Open.  Unfortunately, there will be no fans in attendance due to Tokyo COVID-19 protocols.  Centre Court features a roof in case of rain.

Each day, this preview will analyze the most intriguing men’s and women’s matchup, while highlighting other notable matches on the schedule.  Saturday’s play gets underway at 11:00am local time.

Bencic claimed their only previous meeting, though that was six years ago on grass.  However, Pegula has been the much better player of late.  Bencic is only 17-14 on the year, while Pegula is an impressive 27-13.  On hard courts, it’s 7-6 for Benic, and 17-6 for Pegula.  And Bencic has a losing record against top 30 opposition in 2021, and is 0-4 against the top 20.  By contrast, Pegula has accumulated six top 10 victories.  The court speed in Tokyo are reportedly rather slow for a hard court, which will not be as conducive to the American’s flat groundstrokes.  It’s also worth considering results at events where players are representing their countries, and not only playing for themselves, often inspire different players to excel.  But based on recent results, Pegula should still be favored to upset a top 10 seed.

At the last two Olympics, Djokovic has experienced heartache at the hands of Juan Martin Del Potro.  In London, the Argentine defeated him in the Bronze Medal match, preventing Novak from getting a medal.  In Rio, Del Potro upset Djokovic in the opening round, resulting in a dramatic scene where both men left the court in tears.  On Instagram this week, Juan Martin even teased Novak, commenting “I’ll be watching you!  This time you have your chance amigo!”  It would be shocking if Djokovic were to lose in the opening round again this year, especially against the 139th-ranked man in the world, who has spent most of this season playing Challenger events on clay.  And Dellien has never defeated a top 20 player in his career.  But it will be telling to see just how fresh and comfortable Djokovic looks just 13 days after winning his 20th Major, and with such history on the line.

Daniil Medvedev (2) vs. Alexander Bublik – This is a rematch from the first round of Roland Garros, when Medvedev prevailed in straight sets to secure his first career victory at that event.

Kiki Bertens (16) vs. Marketa Vondrousova – This will be the last event of Bertens’ career, who just two years ago was ranked as high as No.4 in the world.  At the 2018 US Open, Vondrousova defeated Bertens in a third set tiebreak.

Pierre-Hugues Herbert and Nicolas Mahut (2) vs. Andy Murray and Joe Salisbury – Murray is the two-time defending gold medalist in singles, and also won a silver medal nine years ago in mixed doubles.  Herbert and Mahut are coming off a French Open title last month, their fifth Major title as a team.

Ash Barty and Storm Sanders (4) vs. Nao Hibino and Makoto Ninomiya – This will be Barty’s first match since her Wimbledon triumph two weeks prior.  Sanders reached the semifinals in women’s doubles at The All England Club.

Karen Khachanov and Andrey Rublev (6) vs. Rajeev Ram and Frances Tiafoe – This is the Russians’ fifth event as a team this season, while Ram and Tiafoe are a newly-formed partnership for this event.