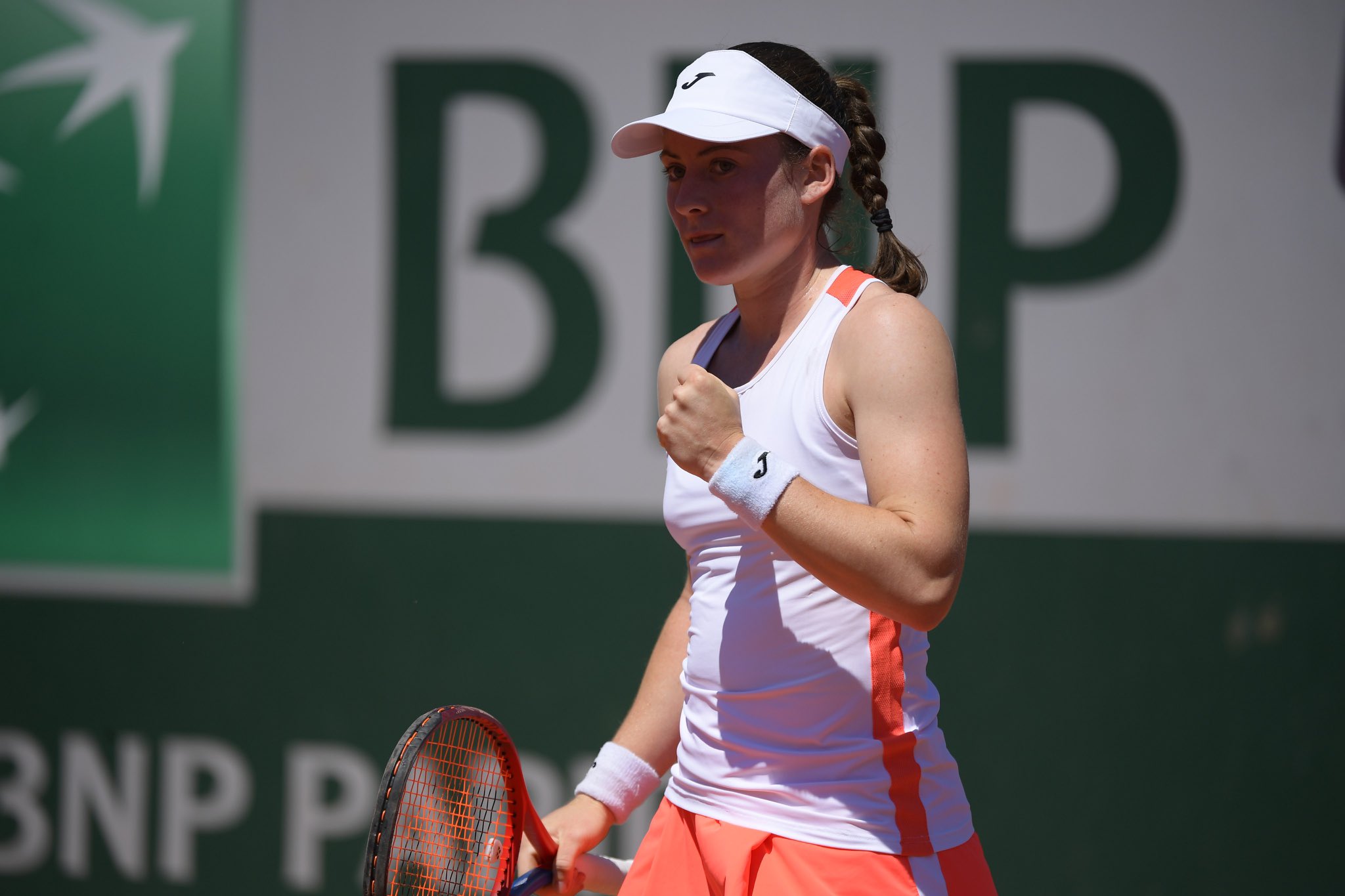 Zidansek is the first Slovenian to reach a grand slam semi-final after holding her nerve to oust Paula Badosa.

Next for Zidansek will be Elena Rybakina or Anastasia Pavlyuchenkova on Thursday.

It was Badosa who made the brighter start forcing the errors with her powerful forehand and finding her range early.

For the Slovenian, she was nervous and tentative in her play as she quickly conceded a double break lead.

However after losing the opening three games, Zidansek began to hit more cleanly especially on the run and began to test Badosa’s defensive skills.

This time it was Badosa who made the unforced errors and was unable to control her aggression as Zidansek won the next three games.

Both players would then lose their respective service games as there was clear tension with a lot at stake in this quarter-final.

Eventually it was the world number 85’s ability to neutralise the points, be more aggressive and capitalise on a dip in form from Badosa as she broke in the 12th game and sealed the opening set 7-5 in 53 minutes.

The Slovenian continued her patient big-hitting in the second set as Badosa was clearly frustrated at her lack of dominance in rallies.

After being up a break twice in the second set, Zidansek was clearly too nervous about the finishing line being in sight.

This is where the 33rd seed established control, dominating rallies and taking time away from Zidansek.

Badosa’s forehand and serve was coming up clutch at crucial moments as four games in a row secured the second set.

More of the same happened in the final set as Badosa took advantage of some nervy serving from the Slovenian to break in the first game.

As was typical of this match though, Zidansek struck back with some aggressive net play and good all-court variety as the match was level at 2 all.

Badosa had to work hardest for her service holds but produced stunning shot-making to hang in there as it was now 6-6 in the final set.

The Slovenian managed to overcome double faults and erratic unforced errors to save three break points and hold in a long game playing some crushing forehands on big points.

That hold for 7-6 was the critical blow as the Spaniard rushed her serves and took no time to compose herself.

This allowed Zidansek to put her under real pressure and she kept her composure when it mattered to book her place in the semi-finals.

She is the first Slovenian to reach a grand slam semi-final and will now play Elena Rybakina or Anastasia Pavlyuchenkova on Thursday.