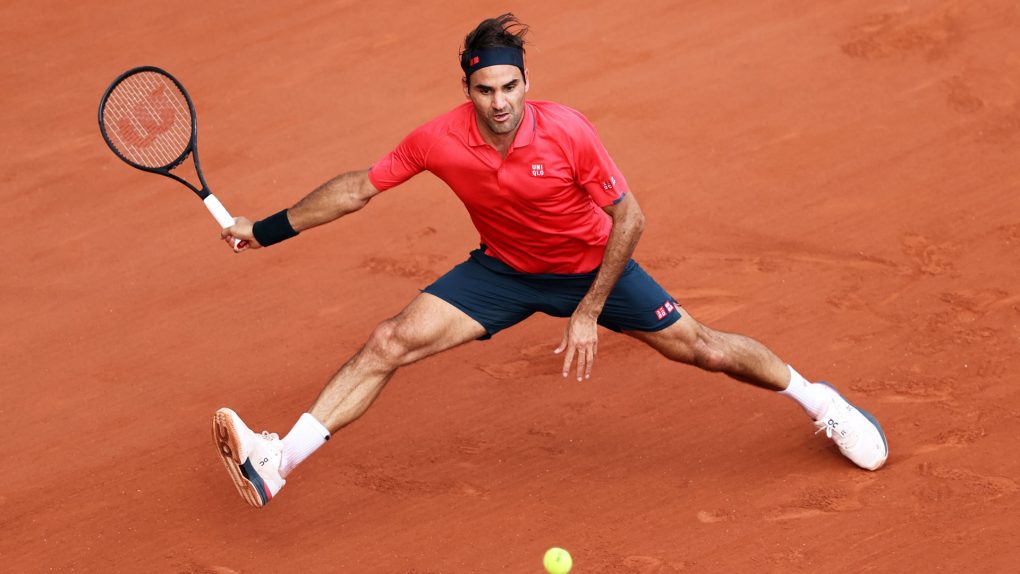 Roger Federer is through to the third round of the French Open after beating the world number 47 Marin Cilic in four sets 6-2, 2-6, 7-6, 6-2 hitting 47 winners and serving 16 aces in the victory.

“I think I played a good match, I think I surprised myself, I didn’t think I could play at this level for two and a half hours against Marin (Cilic), I know he hasn’t had the best year but me neither but I think the level was high and I tried everything and like you said I had very good moments, I still have energy in the tank and it’s super important for my confidence and I think it was a good match”.

It was the Croat who managed to earn the first chance of the match to break after holding in the opening service game but the world number eight did a good job saving it and holding his serve.

The next game the Croat seemed to struggle a bit with his serve and gave the Swiss a breakpoint and he squandered the early break serving a double fault as the Basel native took the momentum of getting the break. Federer then turned it into a double break for a commanding 4-1 lead in 20 minutes.

The world number 47 had a chance to earn one of the breaks back but the 39 year old did a better job saving it and served out the first set in 30 minutes.

The world number eight earned another breakpoint in the opening game of the second set but Cilic would save it. The Croatian then hold serve before starting to put the pressure on the Federer serve and earning two breakpoints of his very own, breaking to take an early 2-0 lead.

He would consolidate the break and earn two more breakpoints but this time the Swiss would hang on and save both before finally holding serve for the first time in the set.

That hold of serve seemed to give Federer life and he pushed the next game trying to get the break back but the Croat saved both breakpoints and held serve at a crucial juncture of the match.

The world number 47 would serve out the second set to level the match at one set apiece. However the world number 8 would bounce back in the third set earning three breakpoints at 1-1 and breaking with a sublime backhand winner.

After once again consolidating the break the 39 year old had three more chances to go up a double break but the Croatian saved all three and held serve before going on the attack and earning a breakpoint the following game and breaking to go back on serve at 3-3 with a return winner.

The third set would be decided by a tiebreaker and it was the Croat who would crack first serving a double fault at 2-1 to give the world number eight an early 3-1 lead and that was the only break of serve the Swiss needed to win the breaker and take the third set.

The first three games of the fourth set went on serve and at 2-1 Federer had a chance to break, again facing the pressure Cilic would serve a double fault to give another break of serve.

At 5-2 the world number eight sensed victory was in his sight and continued to apply pressure on the Croat’s serve and managed to earn two match points on his opponent serve and would take the match the following point.

After the match in his post match interview Federer was asked about his improvement from the previous match and the fact of not playing a lot due to the pandemic.

“I feel I’m more clear with my strokes, I know where to run going forwards not always backward even if Marin (Cilic) pushes you to defend even with a bit of difficulty being defensive which is completely normal and it’s on a clay court plus I didn’t play a lot so it feels good to play again in perfect conditions against a very good player and I was able to do it today”.

Federer will now face the German Dominik Koepfer in the third round who managed to upset the tournament 30th seed the American Taylor Fritz also in four sets 6-3, 6-2, 3-6, 6-4.