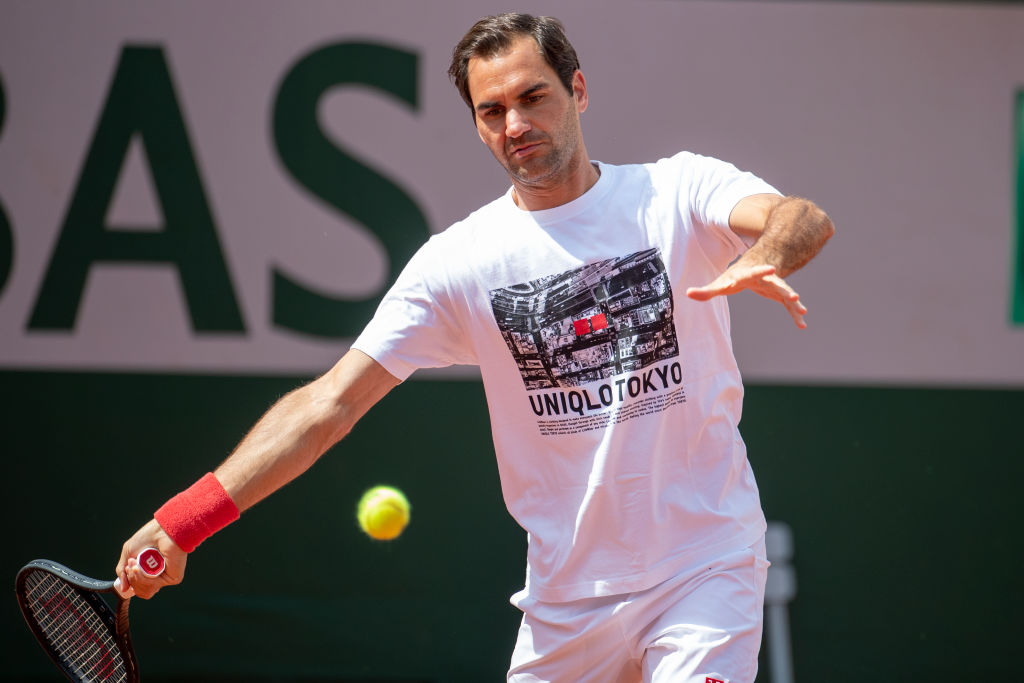 Roger Federer earned his first grand slam win since the Australian Open last year with a 6-4 6-2 6-3 victory over Denis Istomin.

It was a highly efficient performance from the 20-time grand slam who cruised into the second round in straight sets.

The next challenge for Federer will be either grand slam champion Marin Cilic or Arthur Rinderknech.

Federer found his range from the very start as he dictated points inside the points and made the Uzbekistani work for every point.

A dream start was capped off with an early break in the opening game as Istomin produced a wide range of unforced errors.

If Federer’s returning was impressive then his serving was even more impressive as his service placement was varied and accurate.

Another break in the seventh game all but sealed the opening set as he wrapped things up in 23 minutes.

Istomin was once again under pressure in the second set but managed to survive four break points, constructive simple and effective patterns of play.

However in his next service game, the world number 208 wasn’t so lucky as Federer broke to love for a 2-1 lead.

From the baseline, to his slice, to his net play it was all to easy for Federer against an inconsistent and erratic Istomin.

There were no more breaks as Federer served out a tighter second set for a two sets to love lead.

In the third set there was more confidence from Istomin as he settled into proceedings much quicker.

Confidence on his serve but not much in return as Federer didn’t face a single break point in the whole match.

A break in the fifth game assured Federer of complete control of the third set as he broke for a 3-2 lead.

Another break at the end of the match sealed a comfortable win as he cruised into the second round.

“I didn’t play for a few months last year and I’m really to be in front of you today.”

It was an ideal start for Federer who is looking for confidence and matches ahead of the grass court season.

Next up for Federer will be either Marin Cilic or Arthur Rinderknech.