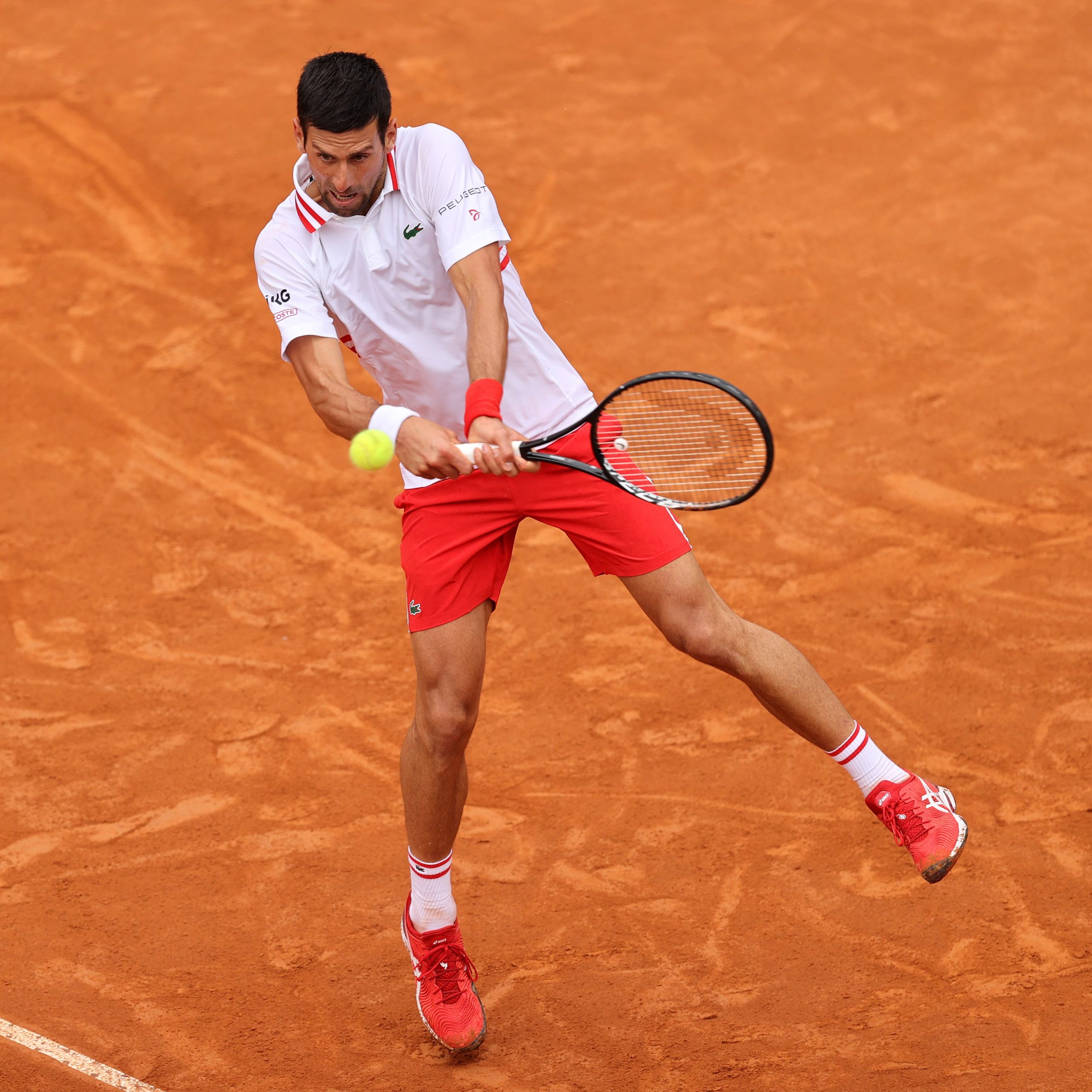 Novak Djokovic defeated Taylor Fritz 6-3 7-6(5) to reach the third round in Rome.

The world number one overcame the American’s big-hitting and a three hour rain delay to reach the last 16.

Djokovic will play Cameron Norrie or Alejandro Davidovich Fokina on Thursday for a place in the quarter-finals.

In the first set it was the world number one who dominated proceedings in windy and overcast conditions as he used his backhand to put the American under significant pressure.

Some deep shot-making mixed with some sloppy play from Fritz and Djokovic took a 3-0 lead.

It almost turned into a double break lead for Djokovic before Fritz started to settle into the match with some good serving and heavy-hitting from the forehand side.

The American had a couple of break point opportunities at 5-2 down but ultimately it was Djokovic’s clutch serving which made it difficult for the world number 31 to break.

A good mixture of length of shot saw the Serb’s variety cause trouble to the out-of-sorts Fritz as a forehand winner sealed the opening set 6-3 in 36 minutes for the less than amused world number one.

As conditions continued to be unpleasant, Djokovic’s overall play was not as he carried on the momentum into the second set with an early break.

However Fritz was starting to establish some attacking patterns of play of his own as Djokovic’s level of play slightly dipped.

Despite Djokovic’s assurance in dominating play and dictating points to his tempo, there was an air of desperation and frustration setting in knowing that he wanted to get this finished before the rain got stronger.

This would end up costing him as a stunning backhand down the line winner from an impossible angle saw Fritz raw in delight as he broke the top seed while he was serving for the match.

After that, Djokovic voiced his anger and refused to carry on playing until something was done about the suspension of play. Eventually play was halted as the predicted heavy rain finally arrived.

Three hours later, the players arrived back onto court with both men producing comfortable service holds to force a tiebreak.

After leading 4-2 in the tiebreak, Djokovic let Fritz dictate proceedings as he won the next three points to take a 5-4 lead.

However Djokovic came back strong and it was his backhand that proved the decisive factor as he sealed his place in the last 16.

Tomorrow the Serb has the day off before returning on Thursday to face Cameron Norrie or Alejandro Davidovich Fokina.