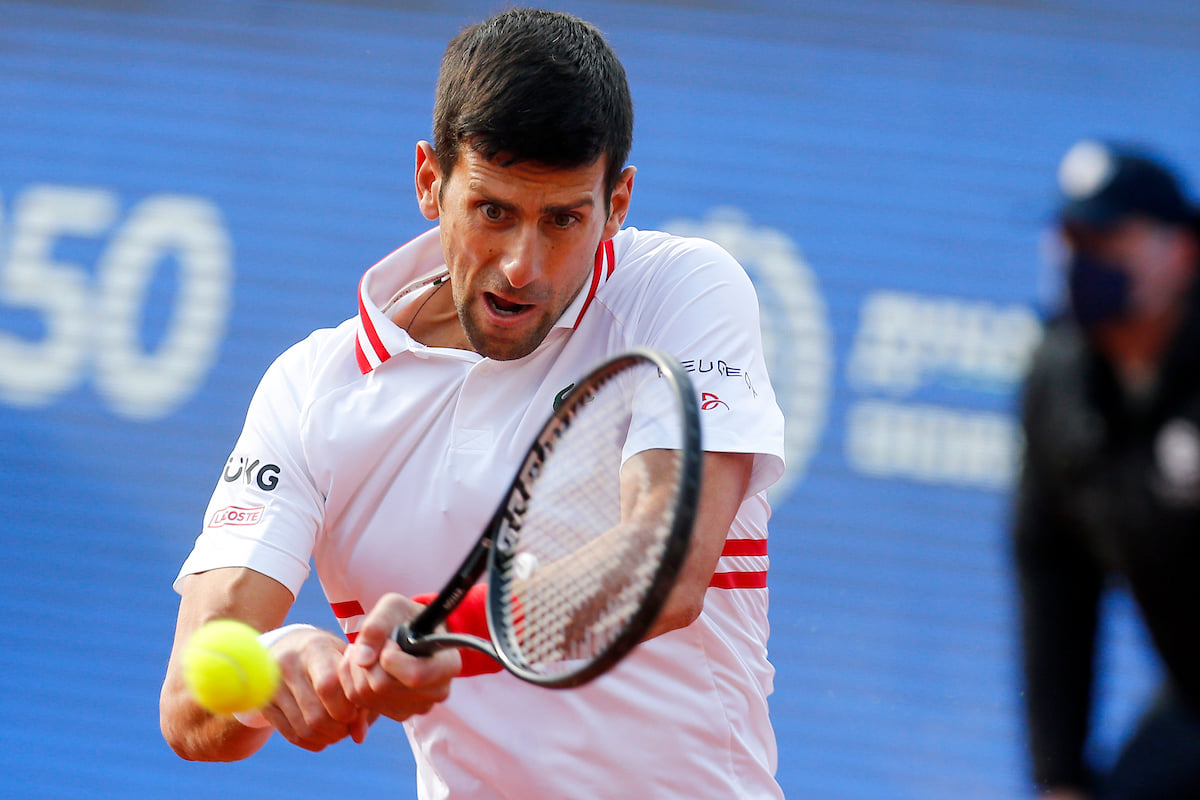 Novak Djokovic says he is ‘sick of making plans’ amid uncertainty over the chances of him playing in the next Masters tournament.

The 18-time Grand Slam champion suffered a shock loss at the Serbian Open on Saturday after being edged out in three sets by Russia’s Andrey Karatsev in what was a marathon encounter. Karatsev saved a remarkable 23 break points to prevail 7-5, 4-6, 6-4, after three hours and 25 minutes of pulsating play. Making it the longest best-of-three match to take place on the Tour so far this year.

“From my side, I played on quite a low level, in my opinion,” said Djokovic who was playing in his first ATP tournament on home soil since 2012.
“[I had] some flashes of good quality tennis. I was fighting. That is a positive.
“I was really trying all the way [and] the crowd was great. They carried me and tried to lift me up, all the way to the end.
“Because of them, I think I won the second set. Unfortunately in the third, he was just the better player in the decisive moments. I had my chances, but that is sport.”

Karatsev’s win continues what has been a rapid rise by the 27-year-old who was ranked 253rd in the world a year ago. This season he has already stunned the Tour by reaching the Australian Open semifinals as a qualifier before winning the Dubai Tennis Championships. His win-loss for the season now stands at 17-4.

Whilst frustrated with his own performance, Djokovic has hailed his opponents. During their encounter the Serbian said he felt sick and was dealing with dizziness during the deciding set.

“He played fast, the way he knows,” he told reporters. “I expected it.
“I started well, but there were many different factors [such as] decreased concentration, physical fitness, and health.
“In that third set, I played most of the time with dizziness. I was really sick, and I had an opponent who pressed me.
“He was phenomenal, he played accurately. Congratulations to him. He won in the best way.”

It is unclear as to when Djokovic will return to action again. Prior to Belgrade, he lost in the third round of the Monte Carlo Masters to Dan Evans. The next big event to take place will be the Madrid Open which starts a week on Monday. Djokovic is the reigning champion of the tournament and has won the title three times overall so far in his career.

“I don’t know, I am sick of making plans, to be honest. Grand Slams remain the main focus,” he replied when asked if he will be playing Madrid.

Meanwhile, Karatsev will lock horns with Italy’s Matteo Berrettini in the Belgrade final on Sunday. Berrettini recovered from a slow start to defeat Taro Daniel 1-6, 7-6(5), 6-0, in his semi-final match.