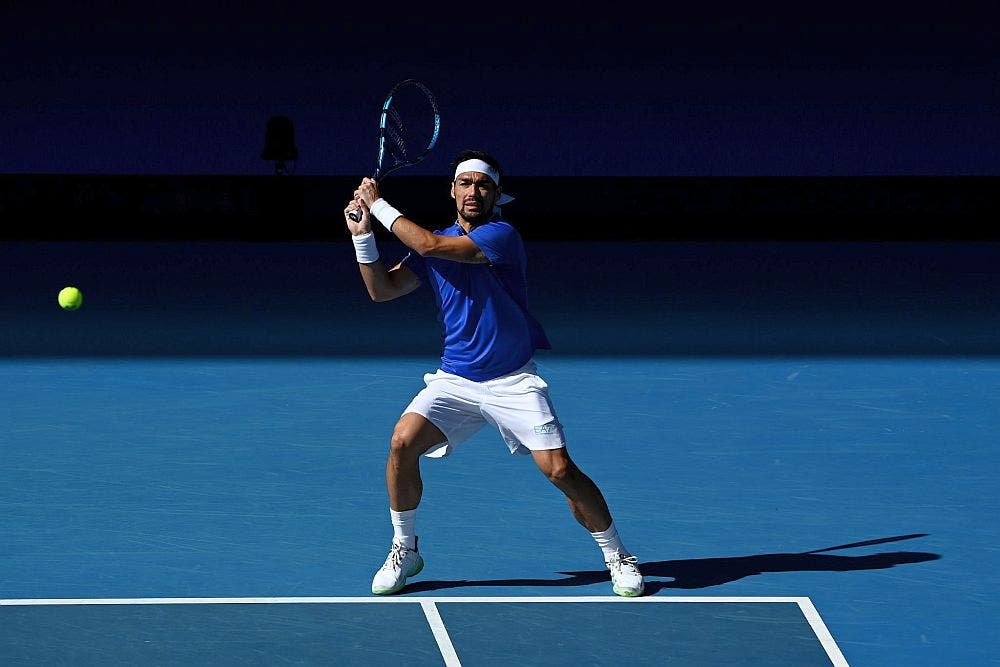 A pulsating five-set encounter involving Fabio Fognini has been overshadowed by an argument he had just seconds after the match finished.

The 16th seed edged out compatriot Salvatore Caruso after prevailing in a tense final tiebreak to take the match 4-6, 6-2, 2-6, 6-3, 7-6(12), after almost four hours of play. During the roller-coaster encounter tension reached its peak in the decider. First there was an injury scare for Caruso who rolled his ankle before continuing to play. Then in the 26-point tiebreaker a series of dubious shots which was called in by the electronic line system bemused Fognini.

“You have been fucking lucky, you should apologize, I didn’t disrespect you until now,” Fognini said to Caruso after the match.

That comment from the 33-year-old triggered a war of words between the two players who had one stage had to be moved away from each other by a tournament official. Fognini’s point was that his opponent was fortunate with a series of shots he hit that landed in. On at least one of them he questioned if it was right but players can’t overrule the line calling system which has the final say. On Wednesday Frances Tiafoe was another player to question the accuracy of the system.

Taken off guard by Fognini, an annoyed Caruso hit back at his compatriot. Saying that he never spoke a single word to him during their match and his rival shouldn’t be behaving in such a manner. Something the fiery Fognini wasn’t going to let go during their exchange which can be read below.

Interestingly, there was no question or mention about the argument during Fognini’s on-court interview. The Italian is no stranger to controversy after once being suspended from the US Open after a confrontation with an umpire. On another occasion he was heard saying he wish a bomb was fall on the court’s at Wimbledon. A remark he later apologised for.

Fognini will next play home favourite Alex de Minaur in the third round who beat Pablo Cuevas in straight sets. It will be the first time the two have played each other on the Tour.

“He’s a quality opponent. Fabio has been up there for a very long time. He’s back to playing his best tennis. He showed it at the ATP Cup,” said de Minaur.
“It’s going to be a very tough one, but I’m happy to be in the third round. I’m happy to be back competing in the Australian Open in front of my home crowd, and I’m just going to enjoy every second of it.”

Fabio Fognini: “I was lucky in the Match tie-break, but I gave everything until the end”