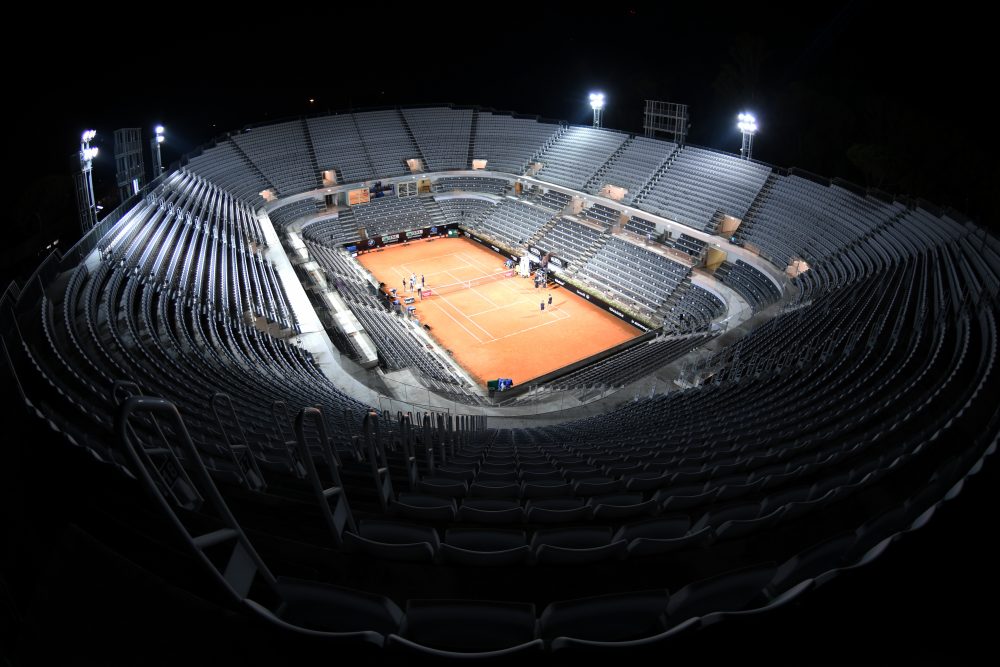 Court Centrale will not be as empty starting on Sunday, with 1,000 tickets to be sold for the semifinals and finals (internazionalibnlditalia.com)

It’s quarterfinal day in Rome, and many Roland Garros favorites are gaining momentum just eight days prior to the next Major.

On the men’s side, a Nadal/Djokovic final is starting to feel inevitable.  They’ve played in the championship match here five times before, and are a combined 44-3 against the other six men still alive in the draw.  But in an unpredictable 2020, the script has rarely unfolded as anticipated.  The top three remaining women’s seeds all have previous success at this event, though other strong contenders stand in their way.  That includes a pair of two-time Major champions who are playing great tennis, though only one of those women will advance to the semifinals.

These are two of the WTA’s best players yet to win a Major.  Pliskova came extremely close to doing so four years ago at the US Open, where she defeated both Williams sisters before falling to Angelique Kerber in the final.  Karolina is yet to return to a championship match, though she has accumulated 16 titles on the WTA tour, including this event last year.  Mertens has not reached a Major final, and only owns five tour titles, but no one has more WTA wins this year.  Elise is 26-9 in 2020, and has reached the quarterfinals or better of every tournament she’s played since the restart last month.  Even though these are two of the WTA’s most winningest players over the last few years, they’ve surprisingly only met once.  That was last year on the grass of Eastbourne, with Pliskova dropping just three games.  Both women have comfortably advanced to this stage without losing a set, or even playing a tiebreak.  Pliskova possesses more success in the latter stages of big tournaments like this, and can better control her destiny.  She’s consistently one of the WTA’s ace leaders and biggest ball strikers.  But Mertens is the player with more momentum right now, earning 15 match wins over the last five weeks.  Her guile and variety may be enough to defuse the power of the defending champion.

Rafa and Diego have provided some grueling, entertaining encounters in the past.  At both the 2018 Australian and French Opens, they played four-setters that lasted nearly four hours.  And while Nadal is 63-6 at this event, half of his losses have come in this round.  He lost in the quarters three straight years from 2015-2017.  The bad news for Diego?  As enjoyable as their rallies can be, he’s 0-9 lifetime against the King of Clay.  And those two four-setters from 2018 are the only times Schwartzman has taken a set off Nadal.  Despite a six-month layoff before this event, Rafa has shown no rust, losing only six games over four sets.  So while Diego can push Rafa more than most others, a Nadal loss would be quite the shocker.

Other Notable Matches on Day 6:

Garbine Muguruza (9) vs. Victoria Azarenka (SE).  Muguruza already ousted Sloane Stephens, Coco Gauff, and Johanna Konta this week.  Azarenka is now 14-1 since the Western & Southern Open began.  Vika leads their head-to-head 2-1, which includes a victory at this event a year ago.  However, two of their three matches have ended in retirements.

Simona Halep (1) vs. Yulia Putintseva.  Their only previous meeting was at this year’s Australian Open, with Halep prevailing 6-1, 6-4.  Putintseva came back from a set and 5-2 down yesterday against Elena Rybakina.

In what should be a fun battle between two shotmakers, Denis Shapovalov (12) vs. Grigor Dimitrov (15).  Grigor is 2-0 against Denis, though they’ve never played on clay.

Two-time Rome champion Elina Svitolina (4) vs. Marketa Vondrousova (12), who was a surprise finalist at last year’s Roland Garros.  This is the 21-year-old’s best result since that time, as a left wrist injury sidelined the lefty for six months.

Italy’s No.1 and last man standing Matteo Berrettini (4) vs. Casper Ruud.  This is a rematch from two weeks ago at the US Open, when Berrettini advanced in straight sets.  But when they played on the clay of Paris last year, Ruud won in straights.