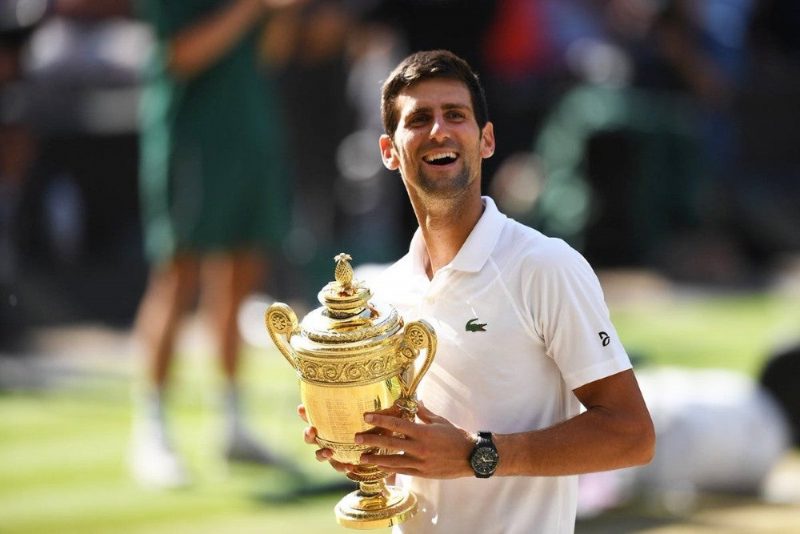 The All England Tennis Club, who is responsible for the running of the Wimbledon Championships, and the International Cricket Committee have released a video to mark a duo of sporting triumphs. On the final Sunday of Wimbledon, Novak Djokovic took on Roger Federer in the longest final to ever take place at the grand slam. The Serbian fended off a duo of match points to triumph over Federer in a dramatic final set tiebreaker. Handing him his 16 grand slam title.

Meanwhile, at the same time the conclusion of the Cricket World Cup was taking place. Where England edged out New Zealand to win the title for the first time in history. The two teams were tied on 241 runs and a Super Over had to be played to decide the winner.

In light on the two memorable events, Wimbledon and the ICC have joined forces with LiveWire Sport to launch a short film reliving those triumphs. Called One Day In July, the video shows a ‘never-before-seen-blend of cricket and tennis.‘ It has been launched on the social media channels of both the AELTC and ICC, as well as being distributed to the broadcast partners of those organisations.

“We are pleased to have collaborated with the ICC to launch this fun, frenzied and fantastic piece of content which seeks to provide our global fanbases a chance to celebrate what an amazing day Sunday 14 July turned out to be.” AELTC Chief Executive Richard Lewis said in a press release.
“It demonstrated live sport’s ongoing ability to capture an audience – and in this case – not just one sport, not just one audience, but a truly unique overlap of events that enthralled the world.”

Ben Stokes is one of the stars of the English Cricket Team. He was recognized for his achievements in sport on Sunday when he won the BBC Sports Personality of The Year award. One of the most prestigious sporting awards in the UK, which tennis player Andy Murray has won a record three times. Stokes has hailed the collaboration between tennis and cricket.

“It goes without saying, the 14th July will forever be in our memories! A thrilling Men’s Cricket World Cup final full of every bit of drama that you can imagine, and a record-breaking Wimbledon final at the same time.” Said Stokes.
“As players, we’re so focused in the moment that we don’t always get to appreciate the perspective, so all credit and thanks to the ICC and Wimbledon for teaming up to remind us of one of the greatest days of sporting history.”

The full video can be watched below.

Jennifer Brady reaches the second round in Limoges