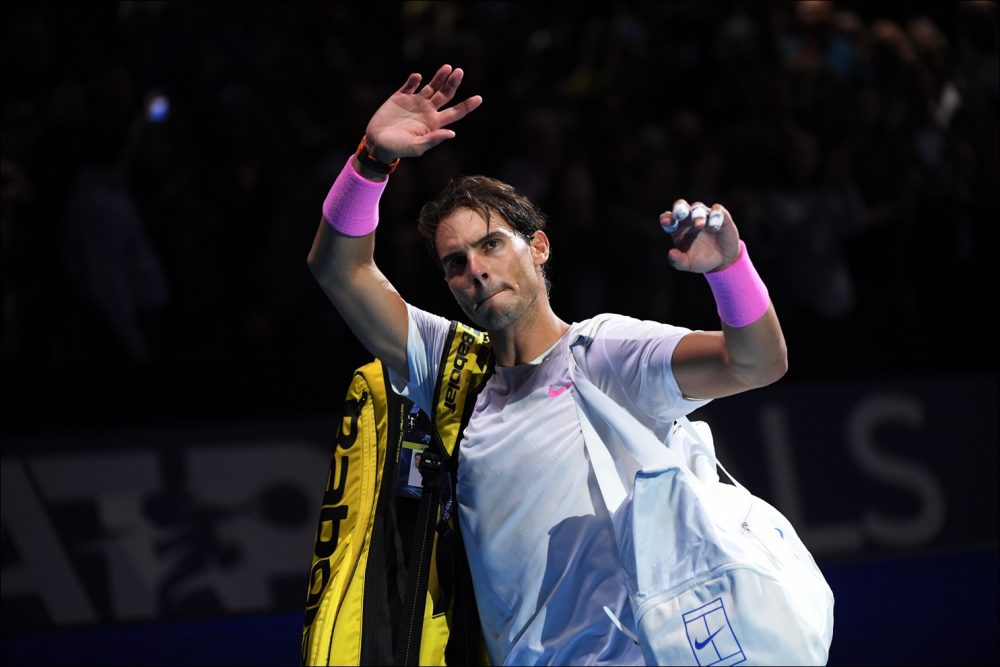 LONDON: Rafael Nadal believes his losing start to this year’s ATP Finals was partly down to a lack of practice in recent weeks due to a series of injury issues.

The world No.1 enters the event without finishing a tournament since winning the US Open after suffering from issues with his left hand and abdomen. A familiar scenario for the Spaniard who has qualified for the ATP Finals 15 times, but has only been able to play in eight of them. In his opening match against the reigning champion, Alexander Zverev, he was unable to find a way to break down his opponent’s serve as he leaked a series of costly errors.

“Honestly, Sascha played well and I played bad,” Nadal said during his press conference.
“We can find reasons or excuses, but at the end of the day, what matters is that I need to play much better in the next two days after tomorrow. That’s the only thing.”
“We (my team) knew that it was going to be tough at the beginning because of the period of time since my injury until today is very short, but we are here trying, and that’s it.”

Indoor events have never been Nadal’s strong point. Incredibly on the surface, he has only managed to clinch the title in one out of 28 tournaments played. Doing so at the 2005 Madrid Masters. At the ATP Finals, he has reached the final twice in 2010 and 2013.

Nevertheless, there is a silver lining for the Spaniard. Whilst his form isn’t where he would like it to be, physically there are no blips yet. Meaning that he intends to continue fighting in the tournament.

“I have no complaint about my physical condition. No pain in my abdominals. That’s the only positive thing, honestly. That’s all,” said Nadal.
“I’m happy with the way my abdominal held, and hopefully I can continue like this because it’s true that I was not able to do a lot of practice and make a lot of effort on that part of the body since last Saturday.”

The optimism expressed by the 19-time grand slam champion is also one that comes with a caution. When asked if he will be able to play seven or more matches over the next two weeks due to his participation in the Davis Cup, there was a brief silence. Then he replied to the journalist ‘I can’t give you an answer.’

It is up in the air as to how Nadal will fair over the week or if he will even complete all of his round-robin matches due to his troublesome body. However, there is one guarantee. He is ready to fight to the very end.

As a onseuqence of the loss, the 33-year-old has opened the door further for rival Novak Djokovic to snatch the year-end No.1 spot. Although should he go on to win the title, he would claim the sport regardless of how the Serbian performs.

Nadal is down, but he isn’t out yet. Awaiting him next will be a clash with Daniil Medvedev on Wednesday. A player who he leads 2-0 in their head-to-head with both of those wins occuring in 2019.