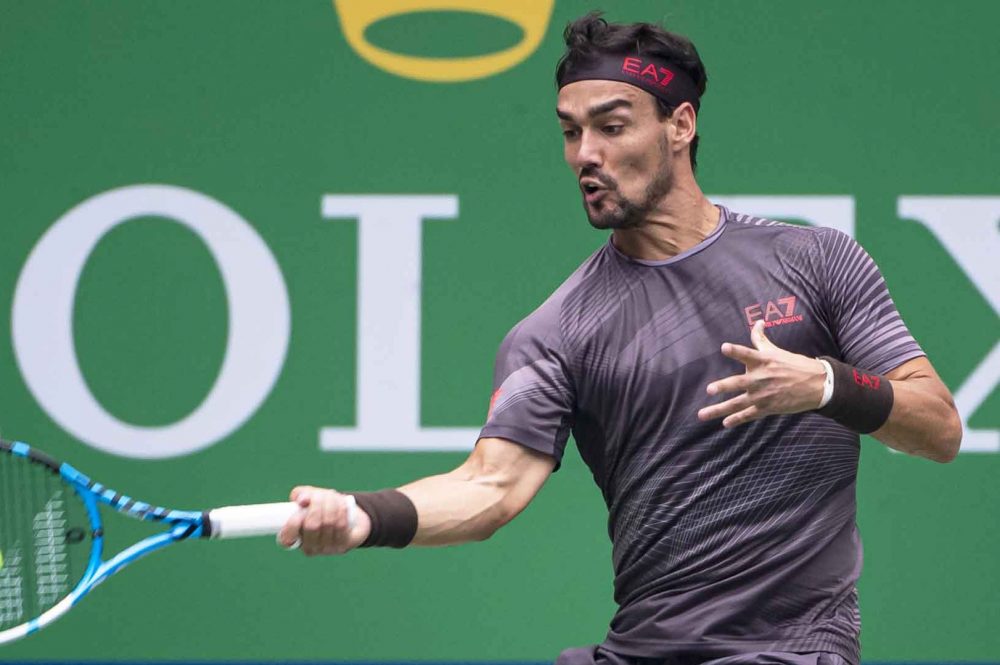 Fabio Fognini has brushed aside his on-court confrontation with Andy Murray earlier this week by saying both of them like to complain on the court.

The world No.12 edged past his rival in three sets in a marathon encounter at the Shanghai Masters, but the win was overshadowed by an argument between the two. Towards the end of the match, Fognini was heard making a noise as Murray went to hit a ball during a rally. Something that is classed as a hindrance, but the umpire didn’t issue any warning. Murray argued his point during the changeover whilst telling his opponent to ‘shut up.’

“I looked in the direction of where the noise came from,” Murray explained during his press conference. “He then told me, ‘Stop looking at me. What are you looking at me for?’ I was, like, ‘Well, I was just about to hit a shot and someone made a noise.’
“He told me to stop complaining, to have a sense of humour, that, ‘When you have a volley on top of the net, you know you’re not going to miss it.’ I was like, ‘I know I’m not going to miss it, but I wanted to know where the noise came from.’ It came from him, which you’re not allowed to do. It’s against the rules. It’s hindrance. I would say in that moment, neither of us were in a joking or laughing kind of mood.”

The Times reported that the two continued their showdown off the court in the locker room. Shouting at each other in front of several players, coaches and officials. It reportedly continued until Murray was called into his press conference.

Fognini returned to the court on Thursday with a 6-3, 7-5, win over Karen Khachanov. However, once again the match wasn’t free from controversy. The Italian was handed a penalty for unsportsmanlike conduct after spitting on the court. Seemingly in the director of one official, which Fognini disputed.

After his latest win, the 32-year-old dismissed his clash with Murray once again. Dismissing what the three-time grand slam champion told reporters two days ago.

“I don’t have to defend myself. The past is the past, I have known him since we are 14.” Fognini told AFP news.
“And that’s it… I’ve nothing to say.”

Pressed further, the world No.12 insisted that there was no need to make peace. Fognini is no stranger to controversy. At Wimbledon he received a fine after saying he wished a bomb would be dropped on the venue during one of his matches. Something he later apologised for. Meanwhile, at the 2017 US Open he was issued with a suspended ban of two Grand Slam tournaments covering two years as well as a fine of more than £70,000 following an incident with an umpire.

“Peace? I told you, we know each other really well,” he stated.
“Inside the court we are almost the same because most of the time I’m complaining and he’s complaining.
“But that’s part of my job, so I’ve nothing to say.”

Fognini will next play Daniil Medvedev in the quarter-finals of the Shanghai Masters.