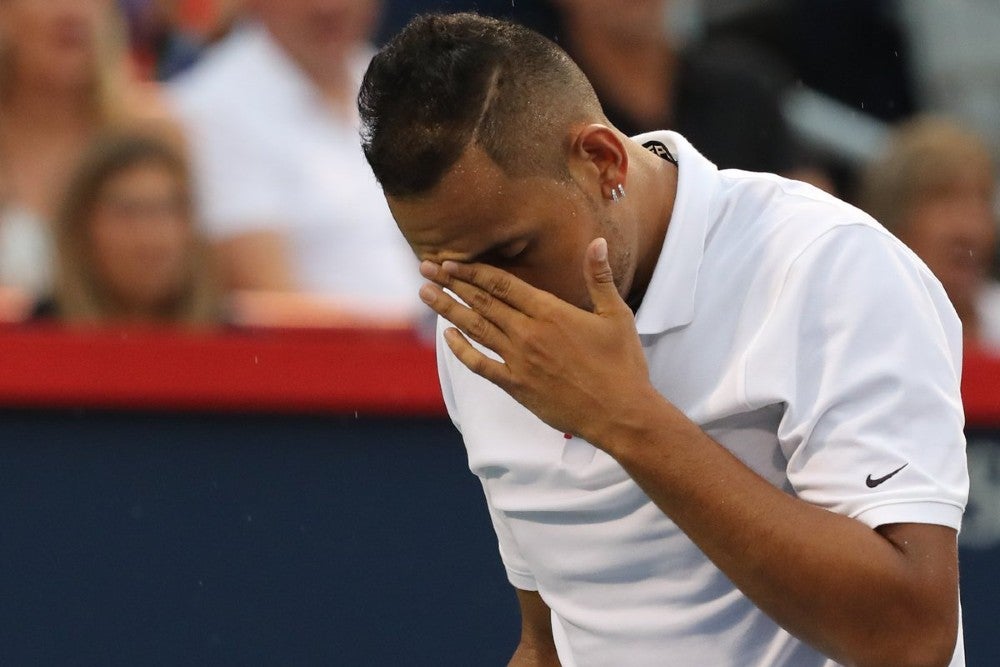 Nick Kyrgios has been told that he must abide by the rules or risk being banned from the ATP tour for 16 weeks.

The governing body of men’s tennis has been investigating the 24-year-old following his conduct at the Cincinnati Masters. During his match against Karen Khachanov, Kyrgios was fined $113,000 for eight separate offences made. Including unsportsmanlike conduct and walking off the court to smash his racket without permission. It was during that match where he clashed with umpire Fergus Murphy and appeared to have spat in Fergus’ direction at the end of the match

Gayle David Bradshaw, who is the ATP Executive Vice President, Rules & Competition, has found Kyrgios to be guilty of violating the player code. More specifically, the Aggravated Behaviour under the Player Major Offence provision. He said the conclusion was based on the player’s ‘Verbal Abuse of officials and/or spectators in the past 12 months.’

“A series of two (2) or more violations of this Code within a twelve (12) month period which singularly do not constitute aggravated behaviour, but when viewed together establish a pattern of conduct that is collectively egregious and is detrimental or injurious to ATP Tour or ATP Challenger Tour tournaments.” The 2019 ATP rulebook states.

In light of the verdict, Kyrgios has been hit with a six-month probation period. Where he must behave on the tour. Should he violate any more rules, he would be fined $25,000 and more substantially banned from all ATP-level events for 16 weeks. The suspended penalties placed on him will only be lifted after six months if all the conditions are met.

The verdict comes on the same day Kyrgios has announced that he will skip the Asian swing of the tour due to injury. It is unclear as to if or when he will play again this year. Although he has previously expressed interest in participating in the Davis Cup finals. A tournament that falls in the jurisdiction of the ITF, not ATP.

There is some good news for the Australian. His second investigation has been dismissed. During the US Open he raised eyebrows when saying the ATP was ‘corrupt’ during a press conference. However, a day later he clarified his remarks. The ATP concludes that the incident didn’t qualify as a ‘major player offence.’

Kyrgios has the right to appeal the penalty, but must do within the next five days. Should he not appeal, he will be on probation until March.

There has been no response from Kyrgios or his team yet to the ATP’s verdict.