Simona Halep: Wimbledon Win Showed Me How Well I Can Play - UBITENNIS 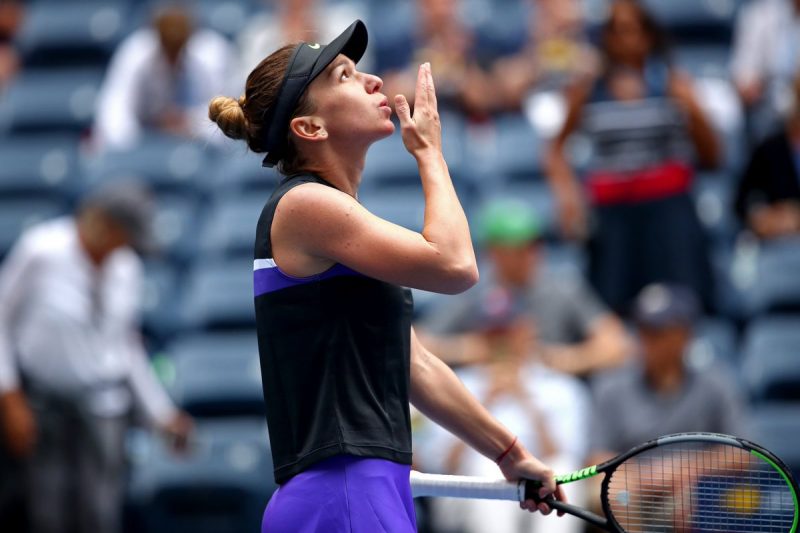 Simona Halep is a picture of contentment at the moment. She smiles when she practices and when she is talking to the media, she is delighted when she wins and she does not seem too affected when she loses.

This is because the Romanian knows what she is doing now. She is 27 and at her peak, she works hard, she has good people supporting her on and off court and she is managing her schedule sensibly. In short, she is doing all the right things to give herself the best chance of success.

Halep’s meticulous, measured approach to the 2019 season paid off spectacularly at Wimbledon. She found some good rhythm on grass in the preceding week at Eastbourne. Then she gradually improved with every round at the All England Club, which set her up for a near-perfect performance in the final that made the great Serena Williams look ordinary.

“The good thing is that I believe I can touch that level,” the Romanian said in her press conference. “If I keep working really hard every day, I can do it again. That’s why I’m motivated. I’m still hungry for results, for titles.”

“I’m sure that with matches and with tournaments I can get back there. Probably this tournament, I don’t know, maybe next one. You never know.”

She continued, “You just have to believe and go ahead. You have nothing to lose now in my position. I’ve done everything I wanted, extra winning Wimbledon. I’m pretty relaxed. But still I have expectations for myself. I’m trying to get better day by day.”

This kind of response is typical from Halep. Her belief in herself is obvious, but she clearly never gets ahead of herself. Instead, she focuses on the process of practising well, improving her tennis and winning one match at a time. 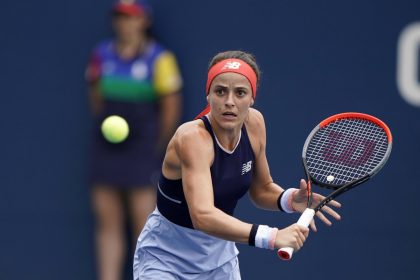 The Romanian’s approach served her well in her first-round match at this year’s US Open. She was up against Nicole Gibbs, who is in many ways her mirror image. She is the same height and almost exactly the same weight and their body shapes are very similar.

Furthermore, both the American and Halep are primarily defensive players. They are great athletes and defend her baselines very well. They also have fast reactions and can be effective at the net.

The similar styles of the players produced a closely-fought match that went the distance. Halep eventually won it 6-3 3-6 6-2.

In the first and third sets, the Romanian demonstrated two of the main qualities that explain why she is ranked No.4 and Gibbs’ highest career ranking is No.68.

The first quality is footwork. While the American is good in this regard, nobody gets into better positions to hit a tennis ball than Halep. She is the best in the world.

The second quality is attacking play. Gibbs is a very good defender who is capable of dragging almost anyone into long rallies, but she is not good enough at finishing points to consistently beat players in the top 50. By contrast, the Romanian can hit winners against anyone when she reaches top form.

This encounter illustrated Halep’s superiority in attack, as her performance dictated how the match went. In the first set, she won 65% of points on her first serve, hit 15 winners and made 12 unforced errors. She won it 6-3.

In the second set, the Romanian struck just 7 winners and made an uncharacteristically high number (22) of unforced errors. She lost it 6-3.

And in the decider, Halep raised her game once more. She hit 12 winners and 8 unforced errors and won it 6-2.

Halep happy to overcome the stress of previous first-round defeats 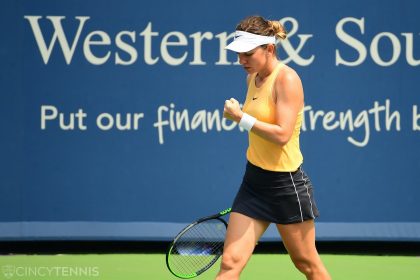 In her press conference afterwards, the World No.4 seemed very relieved to get the victory after losing in the first round of the US Open in 2017 and 2018.

“The pressure was tricky today,” the Romanian. “Winning one match in three years is pretty tough. But it’s good that I could get over that.”

“I was stressed before the match. It was not easy to play on the same court that I lost on last year. But I’m really happy that I could manage in the end to play better than in previous sets. In the third set my level was really good.”

Halep continued, “I definitely feel lighter now. I feel much better after finally winning a match in this tournament.”

“I don’t feel great at the beginning of tournaments. But always when I have played tough matches at the start, then I have made it through to the semi-finals or quarter-finals. So I’m confident. I’m moving well and I feel like my game is there.”

Now that the Romanian has ended her sequence of first-round losses at Flushing Meadows, it is hard not to look ahead to possible headline clashes later in the tournament.

The first of those could come in the last 16 against one of the sport’s newest stars, Bianca Andreescu, who has won all seven matches she has played against top ten players so far.

But Halep definitely will not be looking that far ahead. She focuses only on the next task, which on this occasion is a second-round clash with Taylor Townsend, and it is a method that is serving her superbly at the moment.

Rafael Nadal Brushes Millman Aside At US Open 2019