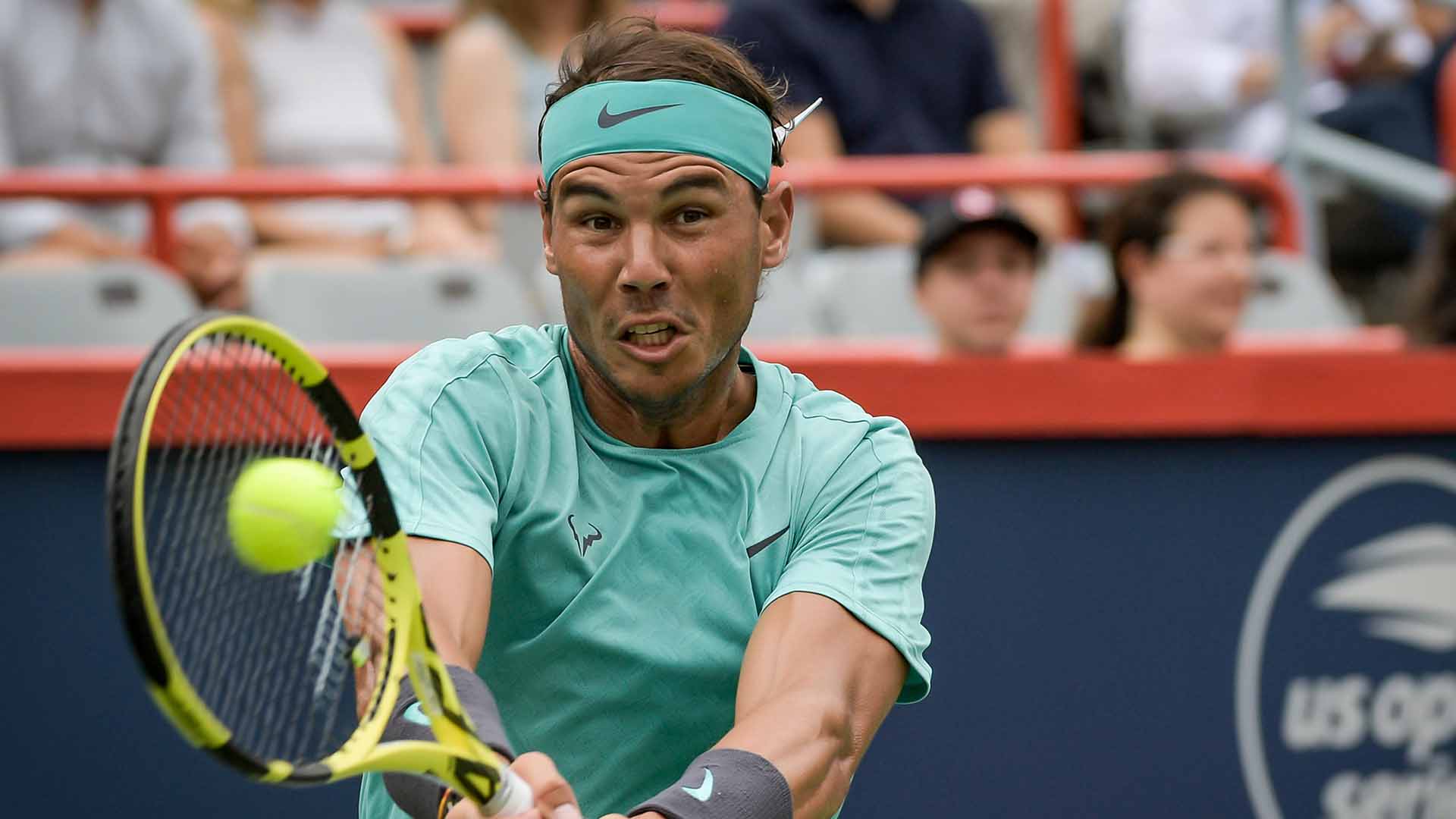 After going down an early break, Nadal recovered and advanced into the third round with a straight sets win over Dan Evans.

Despite having two set points in the first set, the Brit eventually fell to the defending champion in a rain-delayed match.

Next up for Nadal is Guido Pella after the Argentinian edged out Radu Albot 6-3 2-6 7-6(2) in just under two and a half hours.

It was a nervy start from the top seed as Evans came out firing, forcing the errors from the Spaniard for an early break.

Some good slices and net play saw the Brit play immensely well in the early goings as he looked to get the biggest win of his career today.

However a rain delay managed to disrupt his momentum and Nadal pounced just like the great champion that he is, using his forehand to dominate the long exchanges.

The world number 53 still wasn’t fazed by the world number two despite conceding the break as he showed his character to save two set points before another rain delay.

Once the players came back 40 minutes later, a first set tiebreak would be played as Nadal couldn’t find a way of breaking down the stubborn Brit.

After saving two set points, Evans had set points of his own in the tiebreak as he was on the verge of sealing the perfect set.

But Nadal, who isn’t one for giving up, reeled off four points in a row to steal the opening set as the Montreal crowd was fired up again.

Although he wasn’t playing his best, the defending champion was proving to be clinical as a break at the start of the second sealed a 2-0 lead.

But once again the rain managed to intervene, this time stopping Nadal’s progress as this time a much longer wait was in store for the two players.

After the latest testing of patience, Nadal responded well with a couple of solid holds as his first serve was undeniably causing Evans problems.

There was one last ditch attempt to salvage the match from the Brit who broke in the sixth game but he ended up falling short as the top seed won three of the last four games to take the match.

Picking up where he left off 🙌

Defending champ @RafaelNadal edges a tight encounter with Evans 7-6 6-4 to move through in Montreal#CoupeRogers pic.twitter.com/rLzqFSuAAQ

A valiant effort from the Qualifier but it is Nadal who shook off early rust to progress to the third round, where he will now play Guido Pella.

The Argentinian has won 31 matches in 2019, so the Spaniard will have to be at his best if he wants to make the last eight in Montreal.