Serena Williams And Simona Halep: A Rivalry In Photos - Page 2 of 5 - UBITENNIS 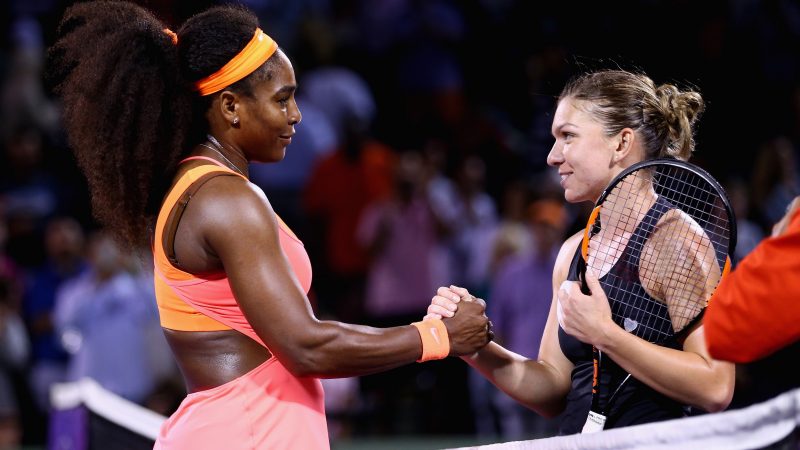 image via ubitennis.com
Prev2 of 5Next
Use your ← → (arrow) keys to browse

Prev2 of 5Next
Use your ← → (arrow) keys to browse
Related Topics:
Up Next 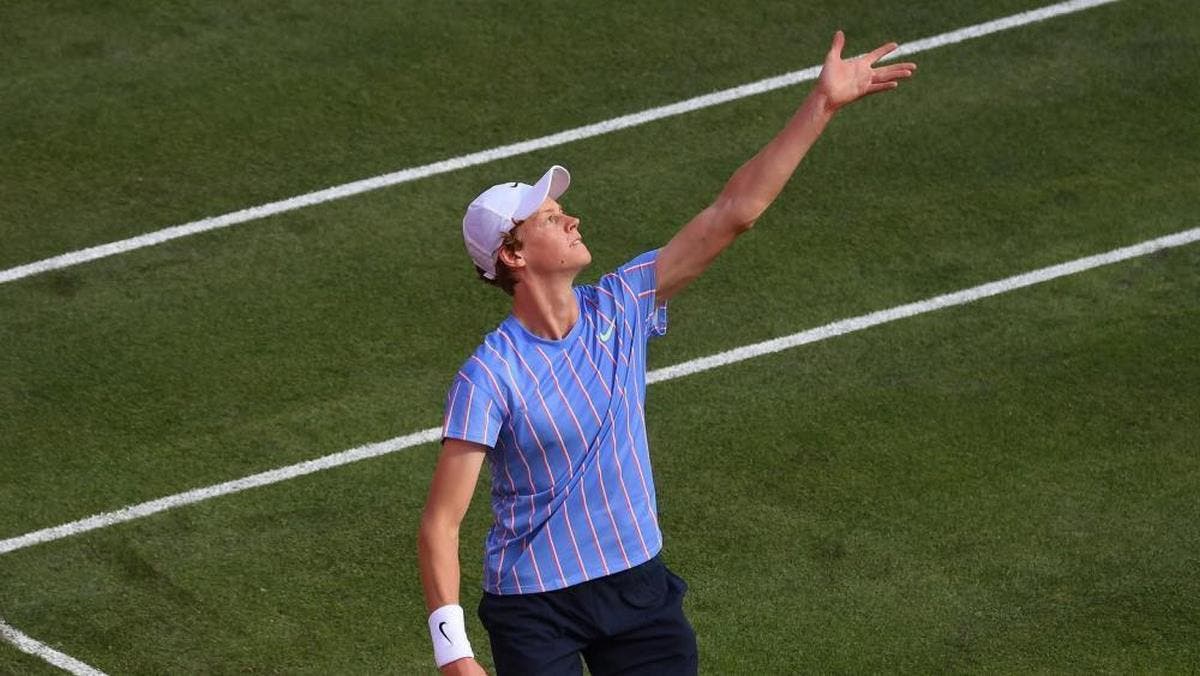 “I particularly look forward to returning to Halle every year. The tournament is well organized. The short walking distances, and the local condition are ideal”, said Zverev.

Sinner will make his debut in the main draw on the grass court in Halle. The five-time ATP Tour champion was not able to get through to the main draw in the German grass tournament.

Two years ago Sinner lost to Joao Sousa in the first round of qualifying in his only appearance in Halle and won just two matches against Lukasz Lacko and Thomas Fabbiano in the first two qualifiying round matches before losing to Nicolas Jarry at s’Hertogenbosch. This year he lost to  Jack Draper at Halle and to Marton Fucsovics in the first round at Wimbledon.

“Although my stay in Halle was short two years ago, I enjoyed the fantastic atmosphere. Next time I want to experience the special atmosphere of the tournament in Halle for a longer period”, said Sinner.

This year Sinner made a major breakthrough winning four titles in Melbourne, Washington, Sofia and Antwerp. He broke into the top 10 for the first time of his career and played two round robin matches against Hubert Hurkacz and Danil Medvedev at the Nitto ATP Finals in Turin. “Zverev, Medevev, Sinner and Auger Aliassime, you can say that the future of tennis has arrived in Halle. Sinner speaks German and is perfect for our tournament. Sasha Zverev made German tennis history in Tokyo and showed  how much it means to him representing his home country. It makes me proud that he has the long-term relationship with our tournament”, said Tournament Director Ralf Weber. 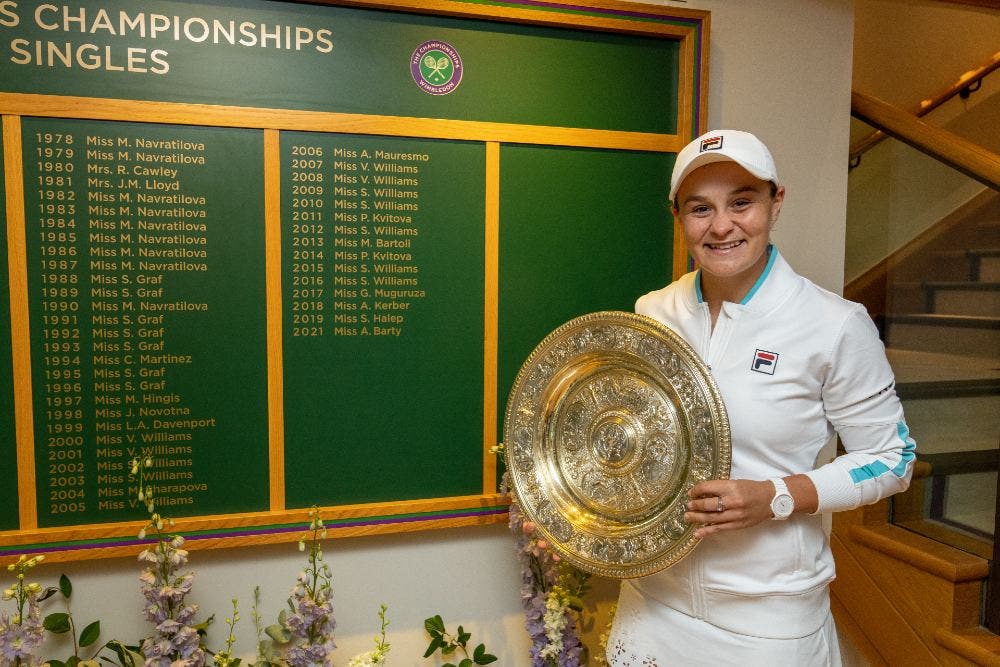 World Number 1 player Ashleigh Barty won the WTA Player of the Year Award for the second time in her career after achieving this feat in 2019. Barty claimed her second Grand Slam Trophy at Wimbledon and defended her Miami Open. She also won three more tournaments at the Yarra Valley Classic, at the Porsche Open in Stuttgart and at the Western and Southern Open in Cincinnati. She secured the World Number 1 Ranking for the third consecutive year.

Barty beat Pliskova 6-3 6-7 (4-7) 6-3 in the Wimbledon final becoming the first Australian player to win the Championships title since Evonne Goolagong Cawley in 1980 and the first top seed to win this tournament since Serena Williams in 2016.

Barty finished the year at world number 1 becoming the fifth player to finish the year as the number 1 player for three consecutive years after Stefi Graf, Martina Navratilova, Serena Williams and Chris Evert.

WTA Doubles of the Team of the Year: Barbora Krejcikova and Katerina Siniakova

Barbora Krejcikova and Katerina Siniakova claimed the WTA Doubles Team of the Year Award for the second time in their career. The Czech team had already been recognized with this award in 2018. The Czech team have claimed their third career Grand Slam trophy as a team at Roland Garros.

This year they won three more titles at the Gippsland Trophy in Melbourne, the Madrid Mutua Open and the WTA Finals in Guadalajara.

Krejcikova went on to become the only player to qualify for both the singles and doubles tournaments at the WTA Finals in Guadalajara. Krejcikova and Siniakova won the WTA Finals doubles title, beating Hsieh-Su-Wei and Elise Mertens 6-3 6-4.

While both players held the number 1 doubles ranking, Siniakova ended the year as the WTA doubles year-end number 1 player.

WTA Most Improved Player of the Year

Barbora Krejcikova won the first three singles titles of her career in Strasbourg, at Roland Garros and Prague and reached the final in Dubai.

Krejickova started the 2021 season as a world number 65 in the WTA singles Ranking and climbed to a career-high world number 3.

At Roland Garros the Czech player beat Russia’s Anastasya Pavlyuchenkova 6-2 1-6 6-4 in the final. Krejicikova is the third unseeded champion in the French capital in the past five years after Jelena Ostapenko in 2017 and Iga Swiatek in 2019.

Emma Raducanu was voted as the World Newcomer of the Year after a breakthrough 2021 season highlighted by her first Grand Slam triumph over Canada’s Leylah Fernandez in the final of the US Open, where she became the first qualifier to win a Grand Slam title. The British teenager did not drop a set throughout all ten matches.

In the championships match Raducanu beat 19-year-old Leylah Fernandez from Canada in all-teenage US Open final to win her first Grand Slam Trophy and her first tour-level title overall. It was the first women’s singles final between two under 20 players since the 1999 US Open match between Serena Williams and Martina Hingis.

Raducanu, who was ranked world number 150 when she won the US Open, is the lowest-ranked player to win the US Open title since an unranked Kim Cljisters won the first Major title of her come-back at the 2009 US Open.

Carla Suarez Navarro was planning to end her career in 2020, but the Covid-19 pandemic halted her farewell season. The Spaniard was diagnosed with Hodgkin limphoma in September 2020. She decided to end her career after winning her battle against cancer. Suarez Navarro pushed Sloane Stephens to three sets in the opening round at Roland Garros in her farewell appearance. She played another three-set battle against eventual champion Ashleigh Barty at Wimbledon and represented Spain at the Billie Jean King Cup Finals in Prague.

It has also been reported that two other former players have been shortlisted for the position of tournament director at the Paris Masters. 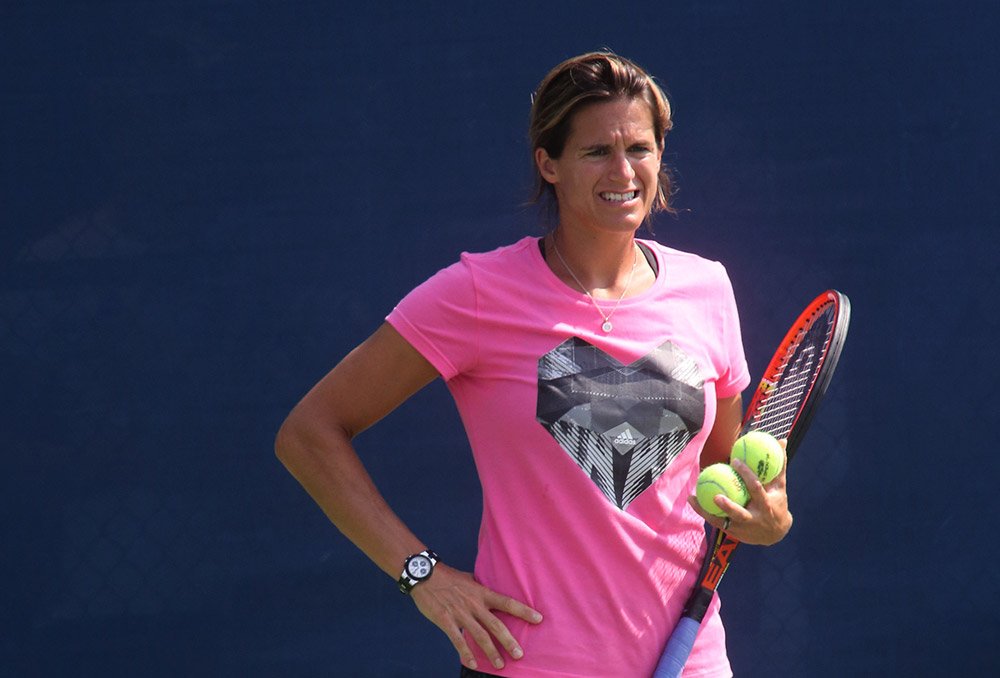 A leading French newspaper has quoted unnamed sources saying that two-time Grand Slam champion Amelie Maureasmo has been tipped to become the new director of the French Open.

L’Equipe has reported that the president of the French Tennis Federation (FFT) Gilles Moretto has offered the position to the former world No.1 who is yet to respond. It is understood that the offer was first made back in October whilst Guy Forget was still working in the role. Forget submitted his resignation earlier this week but his contract was due to expire at the end of this year. He said he was offered the chance to renew his contract but refused to do so due to a lack of communication and trust with Moretto.

It is understood that one of the reasons why the FFT has approached Mauresmo is due to her recognition around the world. As a player the Frenchwoman won 25 WTA titles, including the Australian Open and Wimbledon during 2006. She also held the world No.1 ranking for 39 weeks and is the only player from her country to have held that position since the system was introduced back in the 1970s. After retiring from the sport, Mauresmo worked as a coach for players such as Andy Murray and Lucas Pouille.

Should Mauresmo decline the job opportunity, it is understood that another leading candidate is Amélie Oudéa-Castéra. The current managing director of the FFT who is also a former player herself. Castéra also is also the former the head of e-commerce, data and digital at French retailer Carrefour and a former senior executive at insurance firm AXA insurance.

Forget was also the tournament director of Paris Masters prior to his resignation. L’Equipe has reported that his role will now be split into two separate jobs. Those who have been shortlisted to take over control at Brecy include Arnaud Clément and Sébastien Grosjean.

The FFT says Forget’s replacement will be announced ‘soon’ but has given no exact date.