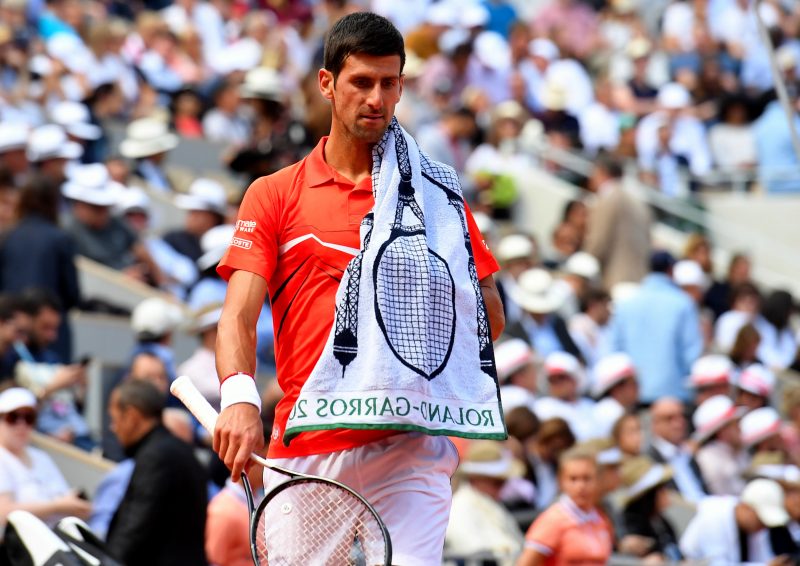 There will be no fairytale ending for Novak Djokovic this year after he bowed out of the French Open in disappointment, anger and frustration.

The world No.1 headed into his semi-final clash with Dominic Thiem on a 26-match winning streak in grand slam tournaments. Should he had won again in Roland Garros, he would be the champion of all four majors at the same time. An impressive milestone he achieved back in 2016. Instead, he bowed out 6-2 3-6 7-5 5-7 7-5 to his Austrian rival during what was a dramatic two-day encounter.

Initially taking to the courts on Friday, both players had to contend with the blustery conditions. Djokovic was not afraid to express his unhappiness with the weather as he exchanged words with the umpire. Even at one stage having a discussion with the tournament referee during the opening set. The wind gusts were up to 55 mph.

“There are no rules. What I was explained yesterday on the court in the first set when I asked the supervisor, he came on the court and he said as long as there are no flying objects coming to the court, we’re good.” Djokovic told reporters following their match.
“I didn’t know that umbrella is not a flying object, which flew in the first game of the match, but that’s their decision. I guess they know tennis better.”

Eventually proceedings were controversially cancelled on the Friday due to forecasts of more poor weather to come. However, with more than three hours left of daylight at the time of the announcement, some hit out at that decision. Former world No.1 Amelie Mauresmo said “we have hit rock bottom” and Jim Courier made a swipe at the Serbian.

“Rafael Nadal and Roger Federer [who contested the first semi-final] came ready to accept the conditions and so did Dominic Thiem. But Novak came ready to not like them. The happiest person right now would be Novak on his way back home.”

Resuming his match on Saturday, a fiery Djokovic was still far from happy. After receiving time violation for exceeding the designated 25-second rule between points, he received another penalty for unsportsmanlike conduct. Paving way for a tense discussion between him and umpire Jaume Campistol.

The understandable frustration and anger from Djokovic continued into his post-match press conference. He lead the decided 5-3 and saw two match points come and go thanks to some gutsy play from his opponent.

“When you’re playing in hurricane kind of conditions, it’s hard to perform your best,” Djokovic explained.
“It’s really just kind of surviving in these kind of conditions and trying to hold your serve and play one ball more than your opponent in the court.
“That’s what it felt like playing yesterday. I don’t want to point out some reasons or find excuses for this loss. I mean, he took it, he won it, and well done to him.”

During what was one of his most dramatic matches for a while, it could be argued that the top seed mentality lapsed against Thiem. A theory he disputes.

“I don’t think I have done too much wrong, to be honest, in the entire tournament.” Djokovic concluded.
“This match was always going to be tough because Dominic is a fantastic player on clay, in general, but especially on clay.
“It’s just unfortunate these kind of matches, one or two points decide a winner.”

Djokovic’s first and only title at the French Open occurred back in 2016.