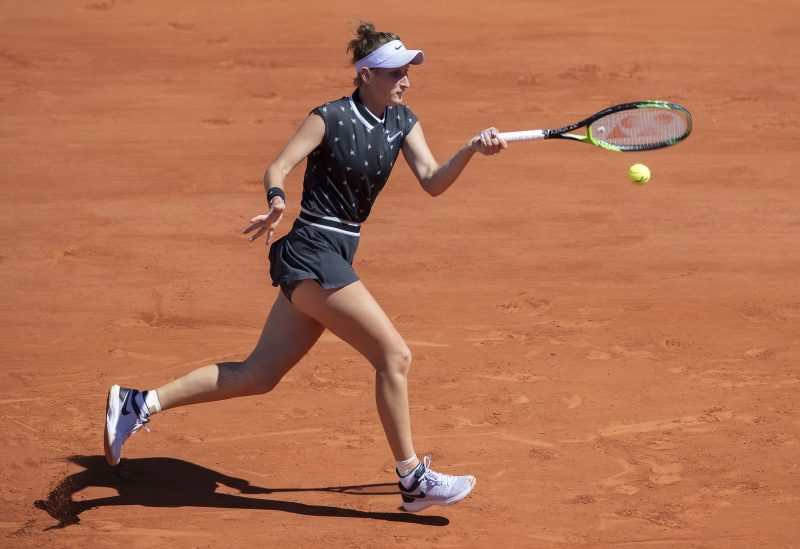 Unseeded teenager Marketa Vondrousova has secured a place in the final of the French Open after defeating a lacklustre Johanna Konta 7-5, 7-6(2).

The former girls doubles champion of the tournament back in 2015 fought back in both sets against her far more experience opponent. Trailing each set 3-5. Nevertheless, the Czech was the most consistent of the two as she hit 21 winners to 22 unforced errors. A stark contrast to Konta’s tally of 33 and 41.

“It was a very tough match and I’m happy that I was able to hold my nerve towards the end.” Said Vondrousova. “I’m just so happy with everything here (at the French Open).”

Konta, who was the first British woman to contest a French Open semi-final since 1983, produced an emphatic start to the clash. Rising star Vondrousova struggled to find her range early on in the match, which enabled her opponent to get a 10-point winning streak. However, consistency proved to an issue for both players as the Czech bounced back to draw level at 2-2, before getting broken once again.

Trailing 3-5, 15-40, it looked as if Vondrousova  would drop the opening set to the 24th seed. However, the nerves started to cause havoc for Konta as she over hit one of her shots, followed by a costly drop shot mistake. Enabling the 19-year-old to claw her way back once again. The rapid change in momentum continued to gain in Vondrousova’s favour as her opponent struggled behind her first serve and produced a series of unforced errors. Leading 6-5, a backhand error from Konta granted the world No.38 a set point of her own, which she converted with the help of a delicate lob.

It was an almost identical scenario in set number two. Once again Konta was dictating the rallies with some powerful shot-making as she broke early on to have a strong hold.  However, her opponent refused to back down on the court. Trailing 4-5, another troublesome Konta service game concluded with a double fault. Allowing Vondrousova to come back once again as she forced proceedings into a tiebreaker.

Continuing to weather the storm, Vondrousova cruised through the tiebreak on route to the biggest final of her career. Easing to a 4-2 lead with the help of another Konta error, before hitting an impressive forehand winner from the corner of the court. It was on her first match point that Vondrousova prevailed after hitting another carefully crafted drop shot.

In the final Vondrousova will play Aiustralia’s Ashleigh Barty, who defeated Amanda Anisimova 6-7(4), 6-3, 6-3. She currently trails their head-to-head 0-2.

Related Topics:Marketa Vondrousova
Up Next