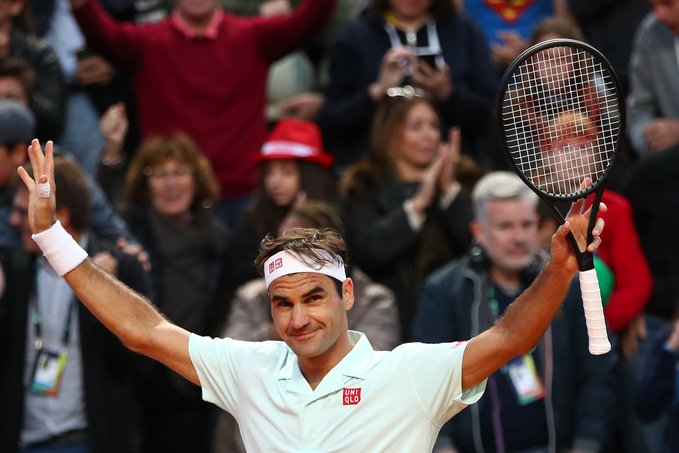 From Roger Federer to Karolina Pliskova, we look at the five must-see matches on day one of Roland Garros.

Let’s start with 20-time grand slam champion Roger Federer, who will play his first match at Roland Garros for four years, when he takes on Lorenzo Sonego. It has been a good clay-court swing for the Swiss so far after reaching the last eight in Madrid, before losing to Dominic Thiem in three hard-fought sets.

Then in Rome, Federer beat Joao Sousa and Borna Coric on the same day before withdrawing from his quarter-final with Stefanos Tsitsipas due to a leg injury. This injury setback shouldn’t affect his chances of going deep as he has had a few good practice sessions.

Sunday’s match with clay-courter Lorenzo Sonego should be a good indication of where he’s at technically on the clay as the Italian has had some good results on clay, including reaching the last eight in Monte-Carlo.

However the best of five sets format should favour the Swiss, who will be looking to reach the second week without any real damage.

When the draw came out on Thursday, this was the first round match that was catching everyone’s attention. Venus Williams, who is a seven time grand slam champion in singles, is still going strong at 38 years-old. A three hour win over Elise Mertens in Rome showed many why she still competes on the clay, even though her movement may be restricted at times.

As for Svitolina, her clay-court swing has been hampered by a knee injury which has seen her play only two clay court matches and losing both. There is no doubting her clay-court pedigree though, having won Rome twice in the past and capable of beating the very best on this surface.

It will be a tough match for both but this match should favour the Ukrainian and presuming her fitness has improved, should come through this in three sets.

Other matches to watch out for on day one:

Angelique Kerber (5) v Anastasia Potapova – The fifth seed is looking to complete the career grand slam and will look to overcome a foot injury when she takes on her out-of-form 18 year-old opponent.

Marton Fucsovics v Diego Schwartzman (17) – This is another good match on Sunday as Fucsovics who has been lacking form should test the in-form Schwartzman, who tested Novak Djokovic in Rome.

Madison Brengle v Karolina Pliskova (2) – The world number two and Rome champion will look to make a major statement when she takes on the American, who is lacking a lot of match practice.

Order of play – play on all courts start at 11am GMT

Related Topics:2019 French Open
Up Next

Four Things To Know About The French Open Men’s Draw