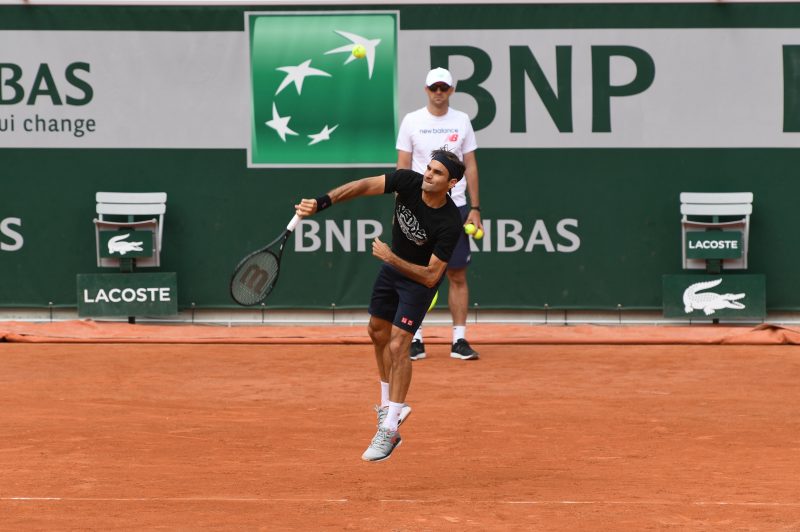 After a lengthy hiatus lasting nearly four years, Roger Federer has marked his return to the French Open with a 6-2, 6-4, 6-4, win over Italy’s Lorenzo Sonego in the first round.

The 37-year-old has missed the past three editions of the clay-court major due to either injury or wanting to rest in order to prolong his career. It is fitting that Federer opted to return this year in what is the 20th anniversary of his first ever appearance in the main draw of a grand slam. The occasion drew a packed audience on the premier court of Roland Garros with the crowd cheering both Federer and the admirable efforts by his opponent.

“I missed you, thanks very much for the welcome,” Federer said to the crowd after his match. “I was quite tense at the start.”

Taking to the Philippe Chatrier Court, Federer’s test was 24-year-old Sanego. A world No.73 player who reached the quarter-finals of the Monte Carlo Masters earlier this year. In total, 11 out of his 14 tour level wins have occurred on the clay. Federer hasn’t lost to a player ranked as low as Sonego in a major since Sergiy Stakhovsky at the 2013 Wimbledon Championships.

Despite some impressive heavy hitting from the Italian underdog, experience prevailed as Federer guided himself to the straight sets victory. Whilst it wasn’t his most dominant of performances at Roland Garros, he triumphed  with the help of five aces and 36 winners, alongside 15 unforced errors. Federer also won 84% of his first service points.

“Sonego, he’s good, he’s really strong. I saw that he had played a lot of tournaments on clay this year. It’s a relief (to win).” Federer commented about his rival.

The first two sets of the match were nearly identical with the 20-time grand slam champion securing a double break to open up a 4-0 lead in each frame. Awarding him a large enough margin to close out each set. Admirbally in the second, Sonego refused to be blasted off the court as he retrieved one of the breaks, but it wasn’t enough to change the outcome.

Closing in on his 343rd win in a grand slam, Federer still had to fight his way to the finish line. Thanks to some audacious play from his opponent, who at times played tennis at a higher level than his ranking suggested. At 4-4 in the third set, a backhand cross-court winner from the Swiss maestro gifted him another break in the match and a chance to serve for a place in the second round. An opportunity he seized with the help on a backhand error from Sonego on his first match point.

“Two breaks in the first set was very important for me and when I was leading 4-0 I could take more risks, be more aggressive,” the third seed reflected afterwards.
“I know that I can play very well on clay and I am very happy to win in straight sets.”

Basking in his 60th first round victory of a grand slam, Federer paid tribute to the multi-million pound redevelopment that tournament has undergone. Including the construction of the brand new Simonne Mathieu court.

“I felt great playing on this court. It looks great and attractive, so congratulations to everyone involved.” He said.
“Hopefully I can play here again for my next match.”

Awaiting the third seed next will be the German lucky loser Oscar Otte. 25-year-old Otte defeated Malek Jaziri in four sets to record his first ever main draw win in a major. He is currently ranked 145th in the world and his only Challenger title dates back to 2017.