Madrid Open Monday Preview: The Men’s and Women’s Match of the Day - UBITENNIS 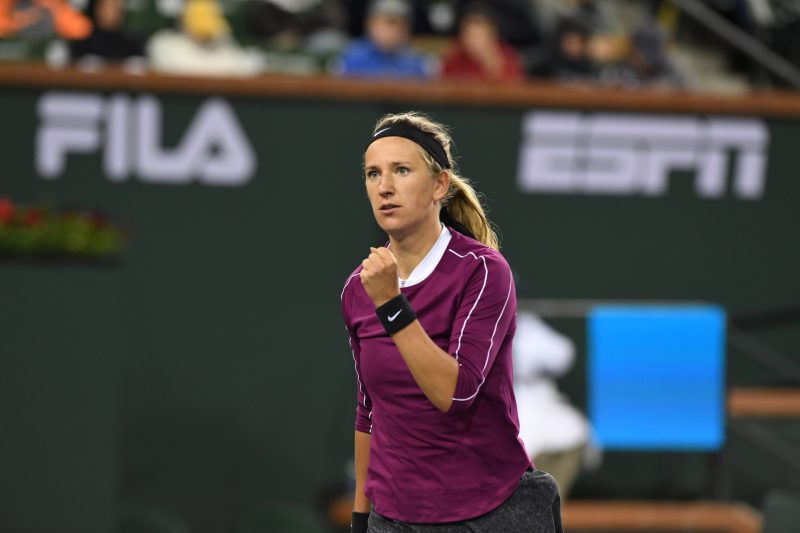 On the men’s side, Nadal and Djokovic are the top seeds, but can’t be considered the heavy favorites considering their recent form.  Rafa is title-less in 2019 with five tournaments played, which includes two clay events he’s won 11 previous times in Monte Carlo and Barcelona.  Meanwhile, Novak is just 5-3 since winning his third straight Major in Australia. And then there’s Roger Federer, who is returning to clay for the first time since 2016.  Joining them in the men’s draw are Stan Wawrinka, Monte Carlo Champ Fabio Fognini, Barcelona Champ Dominic Thiem, a returning Juan Martin Del Potro, and a retiring David Ferrer.

On the women’s side, all of the top 20 players in the world entered this event, with the exception of Serena Williams, who will return next week in Rome.  The women’s singles event already played their opening matches over the weekend, and 7 of the 16 seeds went out in the first round. Elina Svitolina, Aryna Sabalenka, Caroline Wozniacki, Madison Keys, Anett Kontaveit, Qiang Wang, and Julia Goerges are all already gone.  But through to the second round are World No.1 Naomi Osaka, Stuttgart Champ Petra Kvitova, French Open Champ Simona Halep, and Wimbledon Champ Angelique Kerber.

This is a rivalry that got off to a bitter start back in 2013.  In the Australian Open semifinals, Azarenka would leave the court due to anxiety issues, creating an extended break in the action right when Stephens was mounting a comeback.  Vika would win that event, her second and last Major title to date. Overall Azarenka won the first three matches in their head-to-head, but Stephens has won the last three, all taking place in 2018.  All six of their previous meetings took place on hard courts. The clay surface should favor Stephens, a finalist at Roland Garros one year ago. Azarenka has struggled to regain her form following an extended break from the sport due to the birth of her first child and the ensuing custody battle.  She did exhibit some positive signs in April, by making the final in Monterrey and the quarters in Stuttgart. Stephens meanwhile is only 11-7 this year after splitting with her former coach, Kamau Murray. But Sloane made two big announcements last week: her engagement to soccer player Jozy Altidore, and a new coach in the experienced Sven Groeneveld.  Stephens should be feeling positive given her recent news, and given her recent victories over Azarenka. This match will serve as a good indicator as to the French Open chances for both of these former Major champions.

This will be the first match of the day on Stadium 3.  Normally a first round doubles match would not be the men’s match of the day, but this will be Juan Martin Del Potro’s return to the court.  Since suffering a knee injury in Shanghai last October, Del Potro has only played three matches. His knee was obviously not fully recovered when he tried to come back in Delray Beach earlier this year, but hopefully three more months of rest and rehab has changed that.  Juan Martin has entered both the singles and doubles draws this week. In doubles, he teams with a friend who also knows all too well how injuries can impact your career, Kei Nishikori. They’ll face two accomplished doubles players in Fognini and 42-year-old Robert Lindstedt.  That duo will be the favorites, but I’m curious to see how close to 100% Del Potro appears to be, as well as see Juan Martin and Kei playing together on a doubles court.

Other Notable Matches on Monday in Madrid:

Madrid Open Tuesday Preview: The Men’s and Women’s Match of the Day