Ladies Singles Champion At 2020 Olympics Most At Risk Of Sunburn, Says Study - UBITENNIS 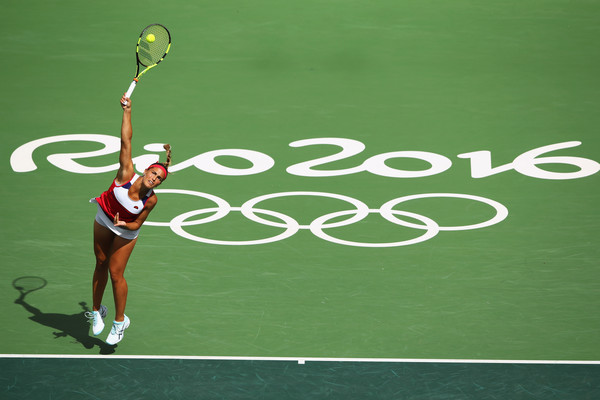 With just over a year to go until the 2020 Olympic Games in Tokyo, a warning has been issued to those bidding to win a gold medal in the women’s singles tournament.

Researcher Dr Nathan Downs from the University of Southern Queensland (USQ) has concluded that whoever wins the ladies competition will be exposed to more sun rays than any other athlete. Citing factors such as the time of the day the women’s matches will take place, the average length of matches and the number of rounds that must be played on route to the title. The study has also warned that athletes with fair skin face ‘considerable sunburn’ if they don’t wear adequate protection.

“The winner of the women’s singles tennis will have to compete in six rounds, many of which will be at peak midday,” Dr Downs said in a study published last month.
“Golfers must also compete in four daytime rounds, and the winner of the men’s cycling road race can also expect to be exposed to sunlight for at least 6 hours, with other competitors being outside for even longer.”

As to why the study has concluded that women are more at risk than their male colleagues, they cite clothing factors as a reason. Saying that male players are ‘more likely’ to wear protective clothing such as hats.

Heat could pose a huge factor for players in Tokyo next year. Last July Japan experienced a record-breaking heatwave with temperatures exceeding 40 degrees. On July 24th the country declared a national emergency following the deaths of 65 people within a week. Furthermore, an estimated 22,000 people went to hospital with heat stroke.

In light of the recent heatwave, Dr Downs have recommended the officials in Tokyo implement specific regulations and guidelines regarding sun protection.

To address the potential threat, Olympic organisers will set up a centre to monitor extreme weather. Working with a private weather company and the meteorological agency of the Japanese government.

The Olympic Games will get underway on July 24th. More than 11,000 athletes are expected to take part in 339 events across 33 different sports. The tennis competitions will take place during the first week.

Related Topics:Olympics Tennis
Up Next

Angelique Kerber, Garbine Muguruza and Viktoria Azarenka advance to the second round in Monterrey