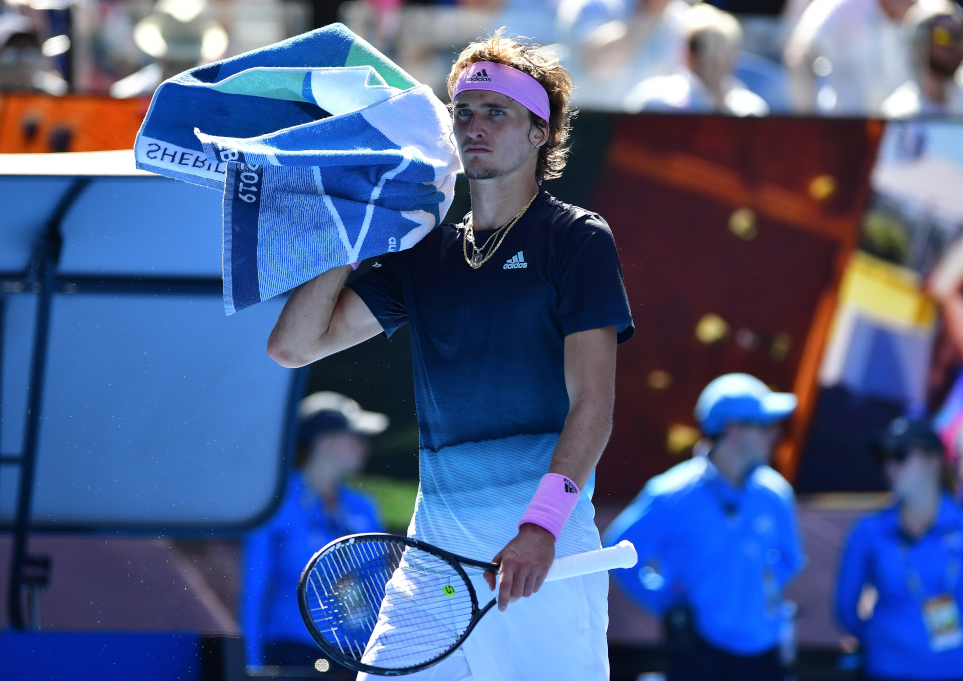 Reigning ATP Finals champion Alexander Zverev has hailed teenage sensation Felix Auger-Aliassime as one of the most humble players on the tour.

The third seed faces the Canadian rising star at the Monte Carlo Masters on Wednesday in what will be their first meeting on the tour. Auger-Aliassime is currently the youngest player ranked inside the top 100 on the ATP Tour following what has been a breakthrough past couple of weeks. At the Rio Open he reached his first final. Then at the Miami Masters, Auger-Aliassime became the youngest player in history to reach the semi-finals.

“He’s been one of the best young guys on Tour this year. He made the semis in Miami, made the final in Rio,” Zverev said. “I’m very happy for him because he’s one of the most humble and nicest guys that I know. He always walks around, even when he was younger, he’s still young, but when he was just starting and the first few times that everybody saw him on the Tour he was always very polite and always very positive.
“For me, I’m not going to say I’m a fan of him, but I always kind of look after him because, first of all, he’s a great player, but also because he’s an unbelievably nice kid.”

Zverev, who is still only 21 himself, has first hand experience of what it is like growing up in the spotlight at a young age. Winning his first ATP title at the age of 19 before cracking into the world’s top 10 a year later. In recent years he has been described as the leader of the Next Gen contingent and is the only one to have won multiple Masters 1000 trophies.

“It’s funny because I’m 21 years old and I’ve been on Tour for basically five years now. I don’t like to say I’m better or everything like this. I mean obviously my [ATP] Ranking says it and I’ve won bigger titles, but everybody has their own way,” Zverev said. “I’ve played more tournaments than them (younger players). I’ve been on Tour longer, but in a few years’ time, nobody will remember that I was there quicker. I think those guys are great and I wish them nothing but the best. I think the new generation of tennis will be in good hands.”

Despite being separated by 30 places in the ATP rankings, Zverev knows he faces a stern test. The German enters Monte Carlo in mixed form after what was a disappointing time on the North American hard courts. However, Zverev’s recent results have been tainted by illness.

Looking ahead to the match, Auger-Aliassime believes it provides him with another opportunity to shine on the main stage. He currently has a winning 5-0 record against top 20 players. Previously scoring wins over players such as Borna Coric, Fabio Fognini and Stefanos Tsitsipas.

“I think this is a good opportunity. He’s the one who’s more or less the leader of the new generation of tennis players. It’s been a while since he’s been around, so he’s got lots of experience already.” The Canadian said of Zverev.
“So for me, this is going to be a great opportunity to play against him and to see how I do against him. I believe in my tennis. I am going to try to do my best, and I’m very hopeful that I will adjust my play to his. I’m going to try to dictate the game.”

Zverev’s second round match with Auger-Aliassime will take place on the premier court at the Monte Carlo Masters.