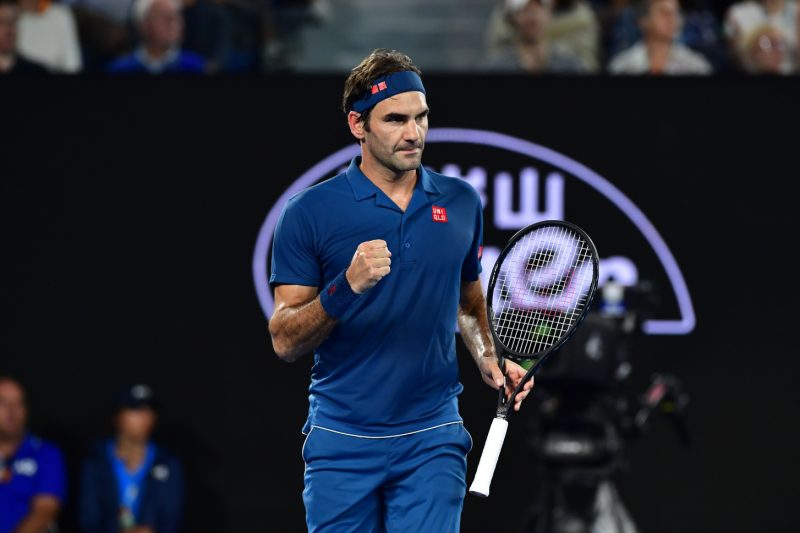 20-time grand slam champion Roger Federer required less than an hour to book his place in the fourth round of the BNP Paribas Open after easing to a 6-3, 6-4, win over Stan Wawrinka.

In what was a rematch of the 2017 final, the former world No.1 dictated proceedings and didn’t face a single break point throughout their encounter. Producing a total of 12 winners to nine unforced errors. Federer broke Wawrinka once in each set to book a place in the last 16 of the tournament for the 13th time in his career.

“I think I felt good from the beginning. The breeze picked up a little bit for the evening, I thought, but I didn’t feel like it had that much of a play in it.” Federer said afterwards.
“I think for me the plan worked. I was able to mix up my game, cover my serve, be dangerous on the return. Maybe take some rhythm away from Stan, like I always try to do, but you can’t always make it work.”
“Tonight it worked well, so I think it was a good match for me.” He added.

Despite the seemingly one-sided encounter in the desert, Federer believes his Swiss his rival is on the right road back to the top of the sport. In recent months Wawrinka has been on the comeback trail from a troublesome knee injury. Dropping outside the world’s top 250 last June, before rising back up to a current position of 40th. Wawrinka recently reached the final of the Rotterdam Open.

“I think he’s right there. I think maybe all he’s maybe missing is match play and a higher ranking so he can get some better seeding so he doesn’t have to face the toughest guy early on in tournaments.” Federer said of the 33-year-old.
“I think he’s ready to go. I thought he played great already in Cincinnati last year against me. He’s played some good matches since. He had a good Rotterdam. Acapulco, he played good from what I saw against Nick and again this tournament, too.”
“It’s just a matter of time until he’s going to break through again.”

Federer continues to dominate their head-to-head with his record now standing at 22-3. All three of his losses to Wawrinka have been on the clay with the last dating back to the 2015 French Open.

Following the shock exit of Novak Djokovic, the 37-year-old has a chance to claim a sixth title in Indian Wells. So he do so, he would become the most decorated singles player in the history of the men’s tournament. He already holds the record of most final appearances, which is eight.

Federer’s next test comes in the form of Great Britain’s Kyle Edmund, who is on a seven-match winning streak after recently winning a Challenger tournament in Indian Wells. The 22nd seed secured his place in the last 16 with a straight sets win over Delray Beach Open champion Radu Albot.

“I’ve gotten to know Kyle a little better through Laver Cup in Chicago. He’s a great guy to be around. I had once upon a time an appearance with him in London. I think he’s a really nice guy. Trains hard. He’s got good balance. Very similar backhand to Murray in some ways, also, by the technique of it. And the forehand really goes.” Federer evaluated.

Should Federer prevail over Edmund, it would be his 65th win in the tournament.