Indian Wells Day 10 Preview: The Men’s and Women’s Match of the Day - UBITENNIS 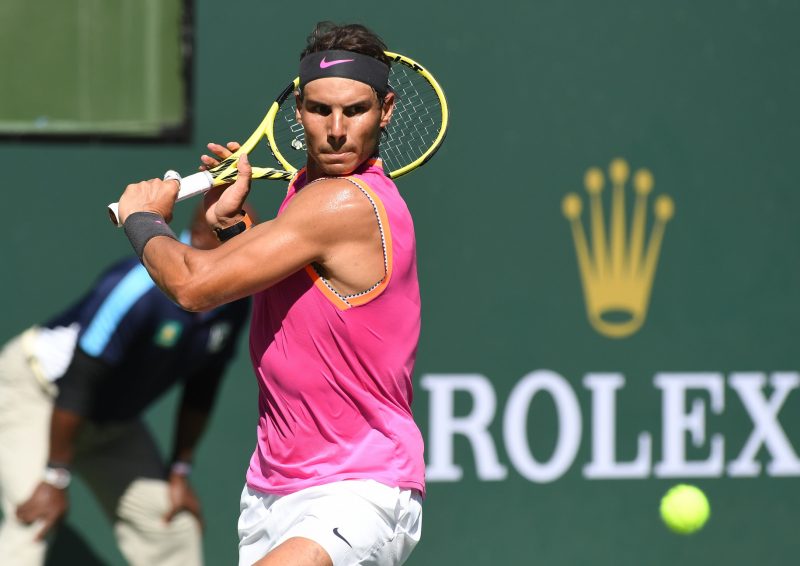 On Wednesday, all eight men’s singles round of 16 matches will be played, as the women begin the quarterfinals. Those rounds will not include either the men’s or women’s world No.1’s, or the women’s world No.2. Novak Djokovic, Naomi Osaka, and Simona Halep were just a few of the many seeds that fell on Tuesday. This tournament has been full of upsets so far, will that continue on Wednesday?

Embed from Getty Images
On paper, this may not appear to be an even matchup. But Kyle Edmund is on a seven-match winning streak in the desert. His ranking dropped as he battled a knee injury over the past several months, but he entered and won the challenger event that takes place in Indian Wells the week before this event. And through two matches in this draw, he’s only dropped eight games in four sets. The problem is just as sharp as he’s been playing, so has Roger Federer. Roger is also on a seven-match win streak, dating back to his title in Dubai two weeks ago. He also hasn’t dropped a set in this tournament, and just crushed Stan Wawrinka last night. This will be their first meeting, and while Federer is of course the favorite, I give Edmund a fighter’s chance. He’s playing with a lot of confidence, is strong from the back of the court, and also moves well. Roger will need to keep his A-game going to avoid this becoming complicated.

Embed from Getty Images
Normally a seeded player like Muguruza would be thrilled to see a wild card as their quarterfinal opposition, but perhaps not in this case. No one has more WTA wins this year than Andreescu, an 18-year-old Canadian who has been lighting up the tour. She already has 25 match wins this season (counting all levels), and it’s only March 13th. Her 2019 began by making the final in Auckland, with victories over Venus Williams and Caroline Wozniacki. Muguruza herself has struggled of late, but pulled off her most impressive win in some time just yesterday over Kiki Bertens, the seventh seed. Is Muguruza ready to contend for another big title? I’m still not fully convinced. She prevailed in the end yesterday, but is still prone to spraying errors in batches. That was also a long match, clocking in at almost two-and-a-half hours, and she does not get a day of rest before this quarterfinal. I wouldn’t be surprised to see the red-hot Canadian teenager continue her surge, and continue the upset trend sweeping through the desert.

Other notable matches on Day 10

Embed from Getty Images
In the other women’s quarterfinal to be played today, Elina Svitolina (6), who needed over three hours just yesterday to overcome Ash Barty, vs. Marketa Vondrousova, who yesterday upset Simona Halep.
Rafael Nadal (2) vs. Filip Krajinovic, who yesterday upset Daniil Medvedev.
John Isner (8) vs. Karen Khachanov, who is 3-0 against the American.
In a battle of young ATP stars who upset top 10 seeds yesterday, Denis Shapovalov (24) vs. Hubert Hurkacz.