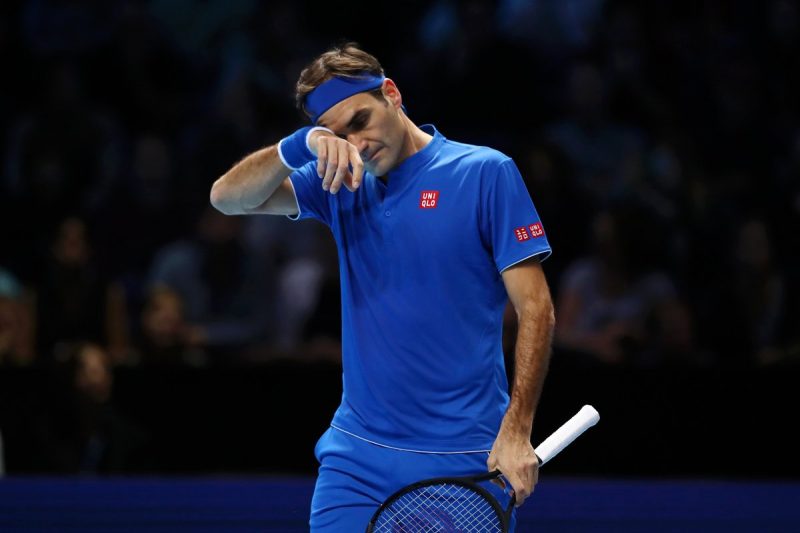 World No.3 Roger Federer has jumped to the defense of Alexander Zverev after the Next Gen star was booed and taunted by the crowd following his win at the ATP Finals.

Federer bowed out in straight sets to the 21-year-old, but it was towards the closing stages of the match when controversy occurred. Midway through the tiebreaker, Zverev halted a rally after noticing the ball kid had dropped a ball. Telling the umpire, who then decided to replay the point, which Zverev won with an ace to level 4-4. In the immediate aftermath, the German received a hostile reception as he was jeered at by the crowd.

“It’s a very difficult call. I didn’t see it. The umpire didn’t see it. But once the ball boy said that’s what happened, the linesman confirmed, the umpire believes them, which is obviously true, what is there to be done? It’s normal to replay the point from that point on.” Federer reflected on the incident during his press conference.
“It was obviously a big call. Instead of being in the rally in a decent position, I got aced’
“It could have made a difference (to the match). That’s all hypothetically speaking now at this point.”

Regardless of his comprehensive performance at The O2, Zverev continued to be at the brunt of what was a hostile atmosphere caused by some of the crowd. During his on-court interview, he was the recipient of a mixture of cheers and boos. Prompting the interviewer, former player Annabel Croft, to step in and defend the world No.5. Who explained that play in normally halted when a second ball is spotted on the court.

“I don’t know what’s rules are. I just think I was trying to think what would I have done in his position.” Said Federer. “It’s bold to stop the rally because I don’t know if it’s an umpire’s decision or not.“
“I would have probably said, Whew, I’ll probably keep on playing, unless the ball rolled onto the court.” He added.

Zverev, who is the first German to reach the final of the season-ending event since 1996, tried to cool down the atmosphere. Issuing an apology to the crowd to both Federer and his fans in the crowd. Something that the 37-year-old has deemed not necessary.

“He shouldn’t be apologizing. He just called it how it was. He felt it affected play. There is a rule that if something like this happens, obviously you replay points.”

Emotional Zverev hopes to move on 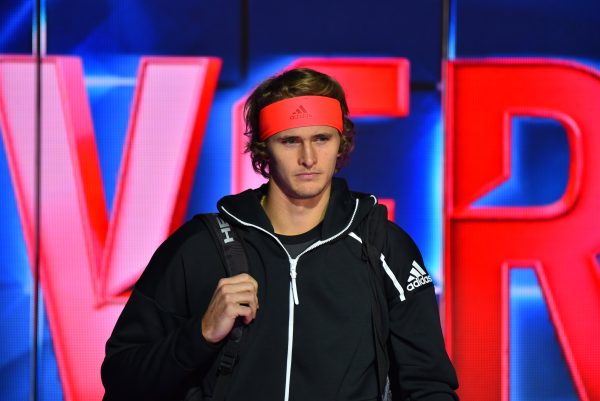 Dealing with the aftermath of what should have been a moment of celebration, Zverev had admitted that he found it hard to cope with the reaction of the crowd initially. His win over Federer has elevated him to the most prestigious final of his career to date.

“I was very emotional afterwards.” Zverev told reporters. “Obviously a lot of emotions going on through my head. I was really upset in the locker room, as well. I’m not going to lie. I had to take a few minutes for myself.”

Zverev will play either Novak Djokovic or Kevin Anderson in Sunday’s final. He has defeated both players before, but has a losing head-to-head record against Djokovic. The Serbian leads 2-1. Looking ahead to the clash,  Zverev is hoping that there will be no repeat of today’s scenario.

“I just hope it doesn’t happen. I don’t know why I should get booed tomorrow. I hope people realize that I’ve maybe not done anything wrong.” He concluded.