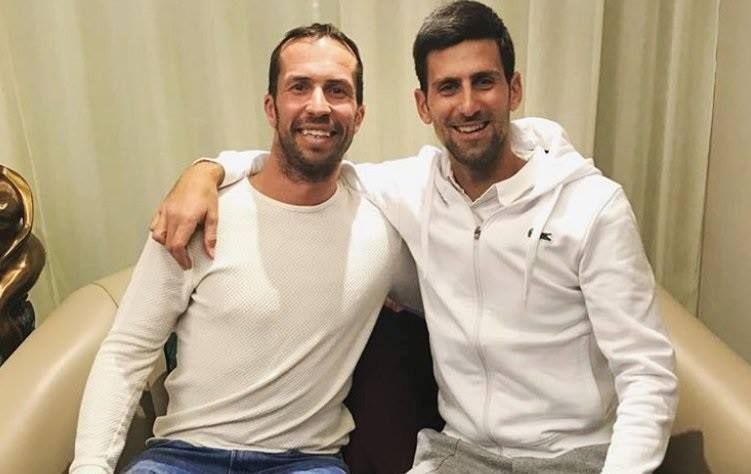 Novak Djokovic has paid tribute to his former coach Radek Stepanek at a special ceremony to mark the retirement of the Czech player.

On Thursday evening the former world No.1 travelled to Prague to play at a exhibition event celebrating the career of the former world No.8. Stepanek announced his retirement from the sport in November 2017 at the age of 38. His decision to hang up the racket was due to ongoing issues with his back, which he had an operation on during February 2017.

“Radek I truly love you as a friend, as a college, as a mentor and as a brother from another mother.” Djokovic said during a speech at the O2 Arena. “This man here deserves everything he received. He deserves it because he is a wonderful human, an incredible tennis player that has had a wonderful career. And, he has done a lot for the Czech republic.”

Born on November 27th, 1978 in the Czech mining city of Karviná, Stepanek has enjoyed success in both singles and doubles throughout his career. Breaking into the world’s top 10 in both categories. He has won 23 ATP titles, of which 18 occurred in the doubles. He was twice runner-up at a Masters 1000 event at the 2004 Paris Open and the 2006 German Open. At the grand slams, his best performance was reaching the quarter-finals of the 2006 Wimbledon championships. He is also a two-time grand slam champion in men’s doubles.

Shortly after retiring from the sport, Stepanek found himself in a new role. Becoming the coach of Djokovic during a time when the Serbian was recovering from a serious elbow injury. Although the partnership lasted less than six months.

“I’ve had him in every role of my of my life, but I have him in the most important role which is as a friend and someone that I truly love and respect.” Said Djokovic.
“I want to congratulate you on a wonderful career and wish you all the best for what’s to come. Well done for everything you’ve done.” He added.

The special evening in Prague also featured the presence of India’s Leander Paes and Germany’s Tommy Haas, who played in a doubles match. Andre Agassi was also present and made a brief appearance on the court.

During the event, tributes from other players were also broadcast on the screens inside the arena. They include one from 20-time grand slam champion Roger Federer. Who played Stepanek 16 times on the tour, winning 14 of their matches.

“I want to congratulate you on a wonderful career and wish you all the best for what’s to come. Well done for everything you’ve done.” Said Federer.

World No.1 Rafael Nadal, who head-to-head record against Stepanek is 7-0, also paid tribute.

“It’s been a pleasure to share with you some great moments on tour. There has been some great battles (between us) and I just wanted to wish you all the best for the future.” Nadal said.

Related Topics:Radek Stepanek
Up Next

After Epic Encounter With Federer, Daniil Medvedev Sets Sights On Rise To The Top