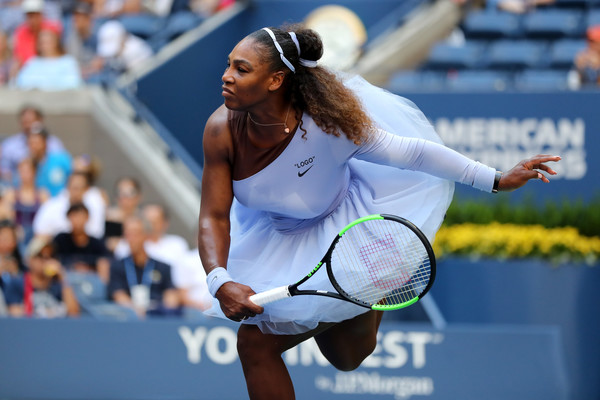 In the women’s semifinals, we have a 23-year-old American vying to make the US Open final for the second straight year, and hoping for a much different end result.  We have a 20-year-old into her first Major semifinal, who is also the first Japanese woman to advance this far at a Grand Slam event. We have a 28-year-old Latvian also in her first Major semifinal, with an entertaining and tricky game.  And we have a 23-time Major champion who is only one year removed from a life-threatening child birth, and who is determined to add to her legacy.

This will be Serena’s 36th major semifinals, where she has a record of 30-5.  This will be Sevastova’s first. Serena has 93 career singles titles.  Sevastova has three. This is the 49th time Serena has reached the quarters or better at a Grand Slam event.  For Sevastova, this is her third. It’s easy to dismiss Anastasija’s chances based on stats such as these, though that may be as dangerous as her game can be.  Serena is 0-2 in US open semifinals since 2015, since her shocking loss to Roberta Vinci when she was just two matches away from a calendar Grand Slam. And Sevastova’s style of slicing and dicing is quite similar to that of Vinci’s.  If Serena gets tight at this stage again, knowing she’s just two matches away from tying Margaret Court’s record of 24 Major titles, Anastasija’s plays the type of tennis that could easily fluster her. This will be their first career meeting, and Serena hasn’t faced a player with a style similar to that of Sevastova’s at this tournament.  Serena has only been challenged in one of her matches thus far, but that could change today. Sevastova has played some stellar tennis in her last two matches, dropping only five games in her last three sets played. Yes, Serena is a strong favorite, but an upset here is not unfathomable.

The last time these two played at the US Open, in 2016, it was quite a dramatic affair.  Keys found herself down 1-5 in the third, but the then-18-year-old choked away the lead to lose in a final set tiebreak.  They’ve played twice more since that match, at Indian Wells last year and Roland Garros this year. Keys won both of those matches in straight sets.  Is Osaka due for a win against Keys? Naomi is a much more mature player two years onward, as evidenced by her big win at this year’s tournament in Indian Wells, as well as her impressive run to this stage of the Open.  Osaka has only dropped one set thus far, and there’s no shame in dropping a set to the WTA’s hottest player of the past month, Aryna Sabalenka. Keys also won all but one set to this point, so both players arrive at this semifinal in good form and with a lot of confidence.  Both are power players who will look to dictate points and finish them quickly. Both also have coaches in their corner who have been instrumental in bringing the best tennis out of them, in Lindsay Davenport and Sascha Bajin. I’m sure Osaka will be motivated to avenge her loss to Keys from two years ago in New York, yet that may also weigh on her mind in a negative way during this match.  This match also puts Keys in the unique position of being the more experienced and higher-ranked player, a weight of expectation which she hasn’t always been the most comfortable carrying. In a semifinal that feels it could go either way, it will be fascinating to see how both young women perform in this moment.

Related Topics:2018 US Open
Up Next