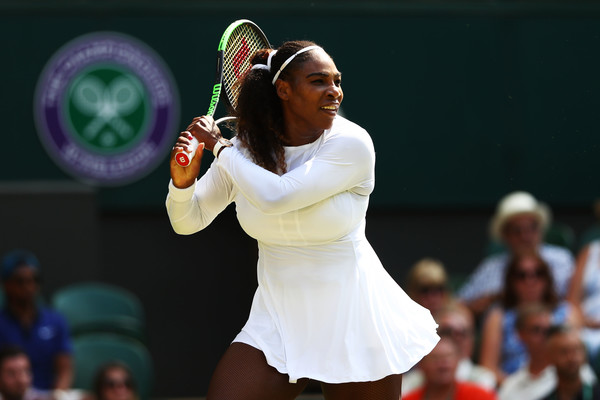 Former world No.1 Serena Williams has earned at least more than $5 million more than any other female athlete over the past 12 months, according to research published by Forbes Magazine.

The annual list of highest paid female athletes have listed the 36-year-old with earnings of $18.1 million. Of which only $62,000 is from prize money. The rest has been generated through endorsements. It is the third consecutive year that she has topped the list.

“Williams has more than a dozen sponsors, including Nike, Intel, Audemars Piguet, JPMorgan Chase, Lincoln, Gatorade and Beats. Only 16 athletes on the planet made more than Williams over the past 12 months from endorsements.” Forbes reporter Kurt Badenhausen wrote about the 23-time grand slam champion.

Williams is already the highest earning female player in term of prize money of all time. Her career earnings currently stands at $86,383,301, more than twice that of her nearest rival. Sister Venus lies second with $40,775,048. In the history of the sport, only Rafael Nadal, Novak Djokovic and Roger Federer have earned more than Williams.

In the list, which monitored earnings between June 2017 and June 2018, eight out of the 10 highest earners was tennis players. Caroline Wozniacki, who won the 2017 Australian Open, has accumulated $13 million. Earlier this year the Dane partnered with Ovvo Optics to launch her own sunglasses line. Following her is Sloane Stephens (£11.2M), Garbine Muguruza ($11M) and Maria Sharapova ($10.5M).

World No.1 Simona Halep is in eighth place with 7.5M in earnings. She is only one of three athletes in the top 10 to have earned more prize money than endorsements with $6.2M against $1.5M.

Williams and Co will be looking to add to their earnings at next week’s US Open. Whoever wins the title will take home $3.8 Million in what is the largest payout in the history of the tournament.