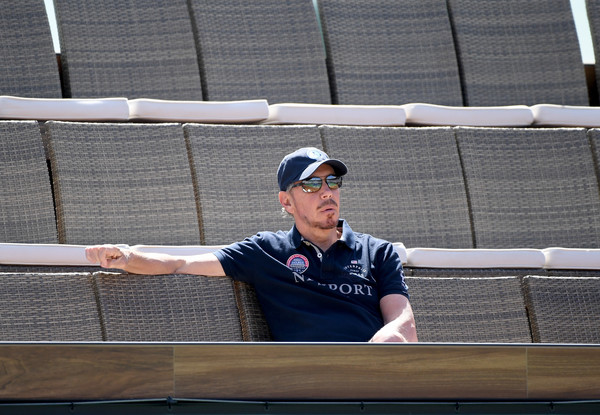 The owner of the BNP Paribas Open has become the latest person to publicly back plans to change the structure of the Davis Cup.

Larry Ellison, who has a real time net worth of $59.4bn according to Forbes magazine, is set to become an investor in the project. Later this month a vote will take place on a proposal to turn the Davis Cup into a week-long tournament. Under the plans, 18 teams will play against each other in one location in November. Removing the tradition of home and away ties. It has financial backing from Kosmos, who has pledged to invest $3bn over 25 years. Kosmos is owned by Barcelona F.C. footballer Gerald Pique.

“I am very excited about the new format that the International Tennis Federation and Kosmos have developed for Davis Cup, and am in full support of the plans that have been outlined for this historic competition.” Ellison said in a statement on Monday.
“I readily embrace innovative ideas and opportunities which is why I am not only lending my written support, but will also become an investor in this competition.”

The appointment of the 73-year-old increases the chances of Indian Wells one day holding the Davis Cup. Should the plan get supported, it has been confirmed that the Californian tournament is being considered to host the event in 2021. Even though there is yet to be any confirmation of where the event will be held next year.

“In addition, I am thrilled that the Indian Wells Tennis Garden, one of the premier tennis venues in the world, is being considered to host 18 National teams and their associations, in the new Davis Cup Finals event in 2021.” Ellison commented.

Speaking about the appointment, Pique has said the addition of the American businessman will help with the ‘sustainability and ambition’ of the plan. The International Tennis Federation has recently hit back at criticism that the plan lacks transparency.

“I personally want to publicly welcome Mr. Larry Ellison to this project, being an enormous privilege to us.” The CEO of Kosmos said in a statement.
“The agreement reassures the sustainability and ambition of our engagement together with the ITF and I know it will be welcomed as a positive announcement for the global tennis community.”

Despite the backing of a series of powerful figures in the sport, including the heads of the USTA and All England Club, concerns remain. Last week Tennis Australia launched an attack on the proposal by stating that they will vote against it. Saying that they have been given no ‘clarity’ about the plan. At the same time the president of Tennis Europe, Vladimir Dmitriev, sent a letter to 50 tennis nations. In it he has cast doubts on the benefits of the idea.

“I cannot see the real benefit for European nations or for tennis in general as a result of the deal in the proposed format.” Said Dmitriev.

The ITF AGM meeting, which is where the vote will occur, will take place between August 13-16. The revamp needs to win at least two thirds of the votes in order for it to go ahead.