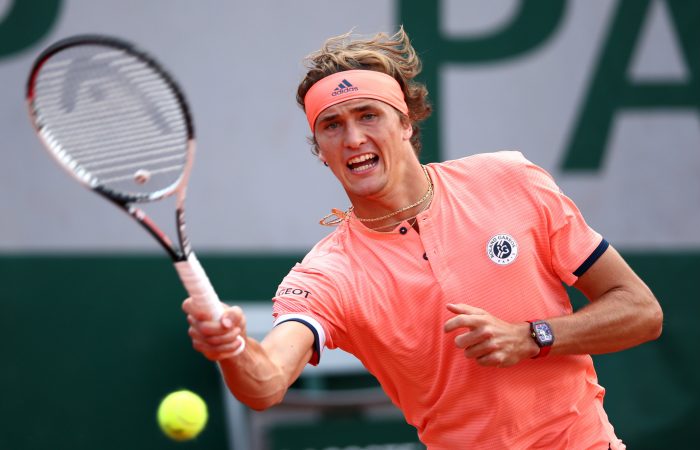 Former world No.1 Stefan Edberg believes that it will be ‘only a matter of time’ before Alexander Zverev wins a major title.

Edberg, who won six grand slam trophies during his career, believes the world No.3 has what it takes to go to the top. 21-year-old Zverev is positioned as the most likely successor to take over from the ‘big four’ in the future. He has already won eight titles on the tour, including three at Masters 1000 level.

“He had his big breakthrough in 2017 with some tournament victories. Everyone will agree if I say that he has the weapons and punches to win big titles. He will win a Grand Slam – it’s only a matter of time. Whether it will be this year, next year or two years is hard to predict.” Edberg told German publication Tennis Magazin.

Zverev’s record at grand slams has improved in recent time, but he is yet to secure a significant breakthrough. At the French Open he achieved his best run in a major event by reaching the quarter-finals. It was a far from straightforward task for the German, who won three consecutive five-sets matches on route. Becoming only the eighth player in the Open Era to do so at a grand slam. His momentum was halted by Dominic Thiem, who went on to play Rafael Nadal in the final.

“It would be good for many reasons, not only for German tennis, but also generally for tennis, if he makes the breakthrough in the Grand Slams.” Edberg commented.

Renowned for his serve-and-volley tennis on the tour, which was a common practice during the 1980s, Edberg believes Zverev will become better at playing at the net as he matures. Zverev’s brother Mischa remains one of the few players that continues to conduct an old-school serve-and-volley approach on the court.

“He is still very young. He will improve his volley game. But it is not enough to practice it in training, he has to do it in the match. It runs like this: fail, fail again, succeed, fail, succeed. And then one day he will have internalized it.” Edberg explained.
“You have to use your strengths and work on them. Many people focus on their weaknesses instead of hone the things they are really good at. When you work on your strengths, you automatically improve your weaknesses.”

The decline in Swedish tennis

Edberg played during a period where Sweden was regarded as one of the strongest tennis nations in the world. Besides him, there were also Mats Wilander, Magnus Norman and Bjorn Borg. In 2018 Swedish tennis is in a very different situation with there currently being no male ranked in the world’s top 100. The highest is Elias Ymer at 105th.

”During the eighties, I was constantly asked why Swedish men’s tennis is so successful. Now it is the opposite. I have no suitable answers.” He said.
“The times have changed. Since tennis is in the Olympics again, there is more competition. Many associations have more money available. Maybe we have lost some of our expertise in Sweden as well.
“It will be a while before we have a top player again.”

Earlier this month, another former Swedish player, Robin Soderling, spoke about the state of Swedish tennis. Soderling, who reached a high of fourth back in 2010, believes part of the blame is down to the national association. Accusing them of failing to adapt to the changes occurring in the sport over the years.

“I think the federation, the coaches in Sweden got a little bit lazy because one thing had been working for so many years, and they thought it would just be working by itself in the future.” He said.
“But when the tennis changed, the sport improved, I don’t think the coaches really improved. They didn’t see what was going on, and they were coaching the players in the same way.”

Overall, there are currently three Swedish players ranked in the top 300. Besides Ymer, there are also two on the Women’s tour. Johanna Larsson (62) and Rebecca Peterson (76).