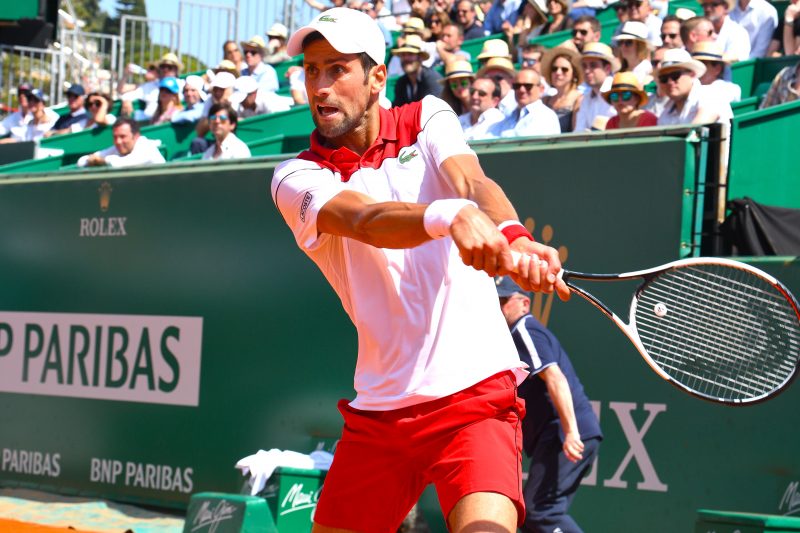 Former world No.1 Novak Djokovic is eager to get more matches under his belt after his run at the Monte Carlo Masters came to an end.

Playing in only his fourth tournament of the season, the Serbian was knocked out in three sets by Dominic Thiem on Thursday. His second consecutive loss to the Austrian on the clay after the French Open. Despite the defeat, Djokovic is drawing positives from his performance at the Monte Carlo Country Club. Earlier in the week he managed to produce straight sets wins over Dusan Lajovic and Borna Coric.

“I’m feeling like it’s been getting better every day.” Said Djokovic. “I’ve had three matches here (in Monte Carlo). I didn’t expect anything. I played without pain in the elbow, which is important. I have my coach Marian back in the box. So a lot of good things.”

The performance of the 30-year-old this week is one that has drawn praise from world No.7 Thiem, who will play Rafael Nadal in his next match. Despite getting the better of Djokovic, the Austrian expressed admiration over the surge of improvement from his rival in recent weeks. Last month Djokovic suffered back-to-back losses in Indian Wells and Miami.

“I think it was an amazing improvement by him. He played two good rounds here before the match today. I think he’s on the rise again, for sure.” Thiem evaluated about the 12-time grand slam champion.

Vadja to stay, for now

Currently guiding the former world No.1 on the court is Marian Vajda. The two recently reunited following his split with Andre Agassi and Radek Stepanek. Vajda was a prominent fixture in the Serbian’s team for 11 years before they ended their collaboration in 2017. Following his Monte Carlo match, Djokovic confirmed that the reunion between the two has been extended until at least the end of the French Open.

“Marian will stay with me till the end of the clay court season, then we’ll take it from there.” He explained.

Eager to capitalize on his surge in form, Djokovic is eyeing more matches on the tour. So far this season he has only played a total of nine matches, winning five of them. It is for this reason why he has contacted officials of two upcoming ATP tournaments in regards to obtaining a wildcard. Next week the ATP tour will move to Barcelona and Budapest. Barcelona is the more prestigious of the two as an ATP 500 event with four top 10 players set to play there.

“Obviously one tournament is stronger than the other, Barcelona. I’m obviously at a different place this year, at this moment, and 12 months ago in terms of ranking, in terms of how I feel on the court.” Djokovic admits.
“I’ve mentioned many times before, I’m lacking matches. That’s why we all (his team) agreed that it’s quite important for me to play, try to use every opportunity possible.”
“I would like to build my form so I can peak at Roland Garros. That’s obviously the most important one on this surface.” He added.

Djokovic has previously played in Barcelona, but never in Budapest. He will make a decision on Friday concerning where he will play.