When Success Come In Pairs: A Portrait Of Kristyna And Karolina Pliskova - UBITENNIS 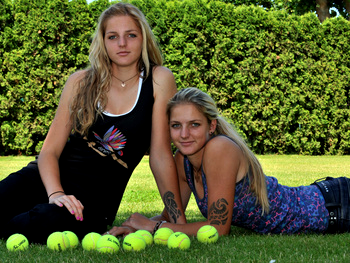 At first glance, you might be asking yourself: “Who is playing now? Kristyna or Karolina ?”. When the Czech tennis stars and identical twins play at the same WTA event, the question eventually comes up. They are equally stunning, tall and hard-serving: just to avoid confusion, remember that Kristyna is lefty while Karolina is right-handed. 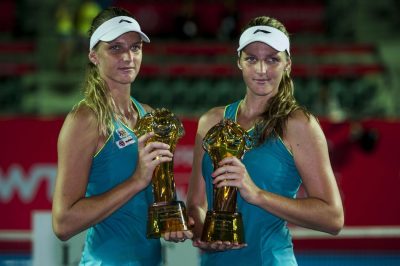 Both twins were very successful juniors, with Karolina winning the Australian Open in 2010 and Kristyna the prestigious Wimbledon title the same year. Karolina’s singles career has so far been most successful, reaching the U.S. Open final in 2016 and the semifinal at the French Open this year.

Overall she has won 9 WTA singles titles, 3 in the 2017 season (Brisbane, Doha and Eastbourne) which gave her the latest peak in her still young career; her next target is definitely going to be a Grand Slam title.

After a rather slow start, Kristyna’s career is finally moving at full steam having clinched her first WTA title in Tashkent last year, coupled with a final in Prague last May. The twins have also played a few doubles together, claiming the titles in Hong Kong, Bad Gastein (2014) and in Linz (2013).

Their first serve is a real lethal weapon;  Krystina holds the record for most aces in a single match, blasting 31 against Monica Puig at the 2016 Australian Open. Since 2015, Karolina has served more aces on the WTA tour than any other player, overwhelming her opponents especially on grass and hard courts. When she is on fire, it is very hard to break her serve or even get any kind of rhythm on the return. 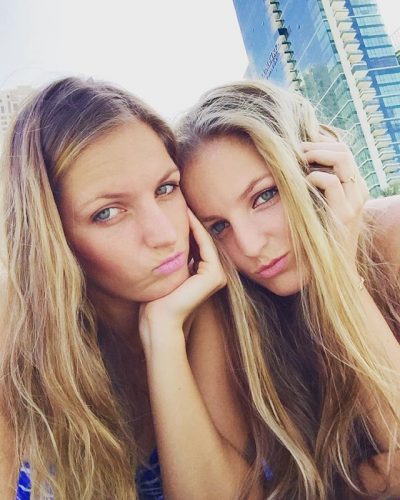 Being identical twins, identifying them might become an error-prone exercise to outsiders: “They are congratulating her if I win, and that’s not a really nice feeling. Sometimes she just lost a tight match and they say congrats to her. I almost got used to this thing. Yeah, I think we have different first names, so maybe the people could see the draw and just don’t make sure they’re still confusing us,” Karolina once said to the press.

Kristyna’s rise to the Top seems inevitable but there is for sure one thing she would not like to experience on the main WTA tour: “Well, definitely I would not like to play against Karolina! After my boyfriend, she is the person with whom I spend more time talking on the phone.”

The key differences for the twins are to be found in their upcoming challenges; while Karolina will struggle to keep her 1st spot during the summer as she is going to defend a huge pile of points between Cincinnati and the U.S. Open, Krystina might breaking soon into the world’s Top 30 for the first time.