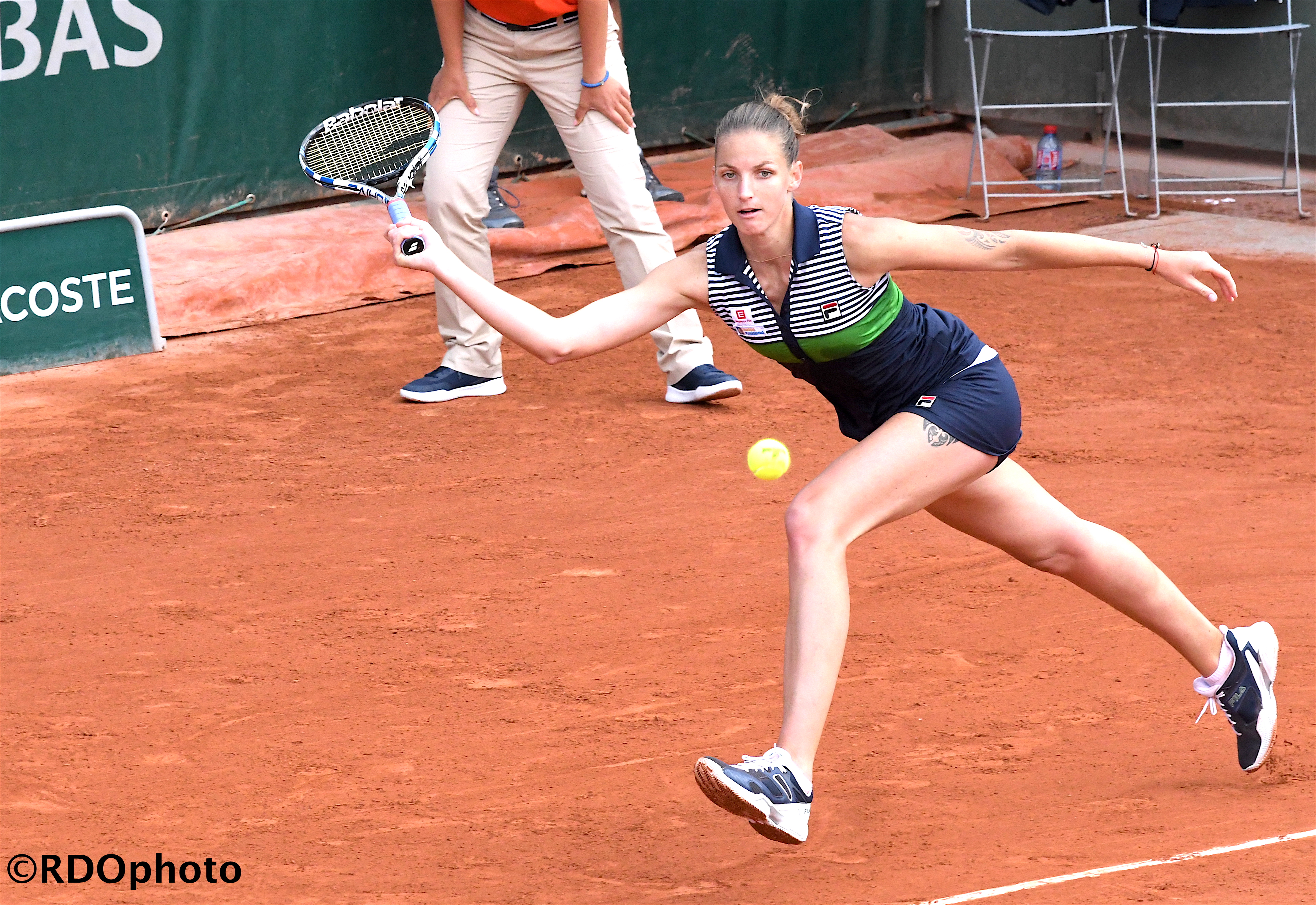 It is ironic that Karolina Pliskova could become the new world No.1 on her least favourite surface at the French Open.

The Czech third seed booked her place in the semifinals at Roland Garros on Wednesday after defeating Caroline Garcia 7-6(3), 6-4. Pliskova, who had never progressed beyond the second round of the tournament prior to this year, sealed the win with the help of eight aces and 25 winners. An impressive performance for a player who continues to admit she is struggling on the clay.

“Before this tournament I was struggling on clay with almost everything. Didn’t have my weapons on my side and the movement was terrible. I don’t think it’s better, but somehow I’m just winning.” She said.

Regardless of Pliskova’s reservations concerning the red dirt, she is now a win away from history. Set to play Simona Halep on Thursday, victory will allow the Czech to overtake Angelique Kerber and reclaim the world No.1 ranking. It will be a far from easy task for Pliskova, who has lost to the Romanian in five out of their six previous meetings. Furthermore, Halep has already won 17 matches on the clay this season compared to Pliskova’s eight.

“With Simona, I have to be more aggressive, going at her serve a little bit and putting pressure on her. And still to be able to hold my serve, that’s going to be the key.”

Roland Garros is not the first time that Pliskova was close to sealing the No.1 spot. In March she could’ve gone to the top if she won both the Miami and Indian Wells Open, but came short in the semifinals at both. At the time she stated that she was not focused on the milestone, a view she maintains in Paris this week.

“I was, like, there is no chance I make final here.” She joked during her press conference.
“Now it’s close, but it’s close and it’s far, as well, because I’m playing against somebody who I would say one of the best girls on clay. It’s not like you’re going to get it for free.”

Pliskova isn’t the only player that has a shot at the prime position. 2014 French Open finalist Halep could also top the rankings if she was to win her first ever grand slam title at the tournament.

The semifinal encounter between the two players will be the second women’s match on Court Philippe Chatrier on Thursday. Preceding them will be Jelena Ostapenko against Timea Bacsinszky. Play is scheduled to start at 15:00 local time.