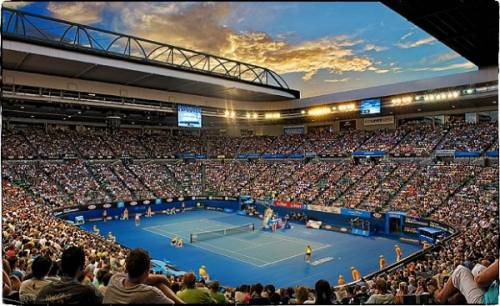 The seeds have been announced for next week’s Australian Open with Andy Murray bidding to lift his maiden title in Melbourne.

The British world No.1 has had to settle for runner-up position in the tournament five times since 2010. Murray will be the top seed in the men’s draw at the grand slam event for the first time in his career following his end to the 2016 season, where he won five consecutive ATP tournaments. His title bid faces some tough obstacles. Defending champion Novak Djokovic follows him in second place. The 14-time major champion defeated Murray in his first tournament of the year at the Qatar Open in Doha. Completing the men’s top five will be Wimbledon runner-up Milos Raonic, former Australian Open champion Stan Wawrinka and Japan’s Kei Nishikori.

Roger Federer enters Melbourne ranked outside the top 10 for the first time since 2002 after being sidelined for six months due to a knee injury. The Swiss player, who will be seeded 17th, has reached the semifinal stage of the tournament in 12 out of the past 13 years. Rafael Nadal, who has also been hampered by injury during 2016, enters as the ninth seed.

In the women’s draw, top seed Angelique Kerber will be bidding to win back-to-back Melbourne titles. The German has started the new season of shaky ground following a duo of early exits in Brisbane and Sydney. Following Kerber is Serena Williams, who will be bidding to claim her 23rd grand slam title. Williams enters Melbourne amid uncertainty over her form. At the ASB Classic in New Zealand, she produced an uncharacteristic 88 unforced errors during her loss to Madison Brengle in the second round.

Completing the elite five are Agnieszka Radwanska, Simona Halep and Karolina Pliskova. All three of those players are former finalists in the majors, but they are yet to lift a title.