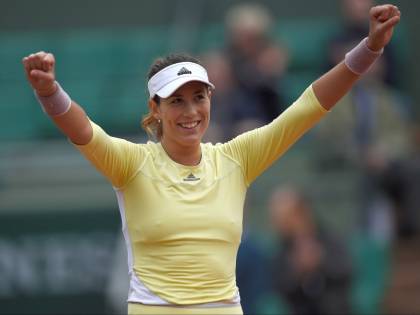 Garbiñe Muguruza has reached the pinnacle of Tennis after winning her maiden grand slam this season, but can she reach new heights in 2017?

In May this year, Garbiñe Muguruza finally put herself among the greats of the sport after winning her first grand slam in Paris. Not everyone expected Roland Garros to be her first slam success given her attacking style of play fitting the grass courts of Wimbledon perfectly well. However give the Spaniard time on the ball and she will punish her opponents as she proved on the clay courts in Paris. En route to her victory she beat players like Svetlana Kuznetsova, Sam Stosur and bonefied legend Serena Williams in the final to claim her first grand slam.

However the rest of 2016 was full of inconsistency for the Genevan resident. She failed to live up to her reputation as she lost ranking points in Wimbledon after her second round exit against Jana Cepelova. Her best performance was in Cincinnati where she reached the semifinals before being thrashed by eventual champion Karolina Pliskova. At the US Open she suffered a shock exit at the hands to Anastasija Sevastovan and only just made the WTA season ending championships in Singapore. So why the inconsistency from the former world number two? Well it could be down to fatigue as well as not being used to the pressure of being a grand slam champion. Or just simply not playing well enough on a consistent basis to be on a par with Serena Williams and Angelique Kerber.

Whatever the reason for her poor run of form, she will need to be more consistent if she wants to be the talent that her potential shows. She has the capability to become a very good tennis player and history maker, however in order to achieve this she needs to add more variety and consistency to her game. Using different tactics to keep her opponents guessing is a key part of tennis and it’s something she needs to work on during the offseason.

Garbiñe Muguruza continues her mission to be the best in Brisbane in January.