110 Matches Later: Why Dominic Thiem Is A Player That Inspires - UBITENNIS 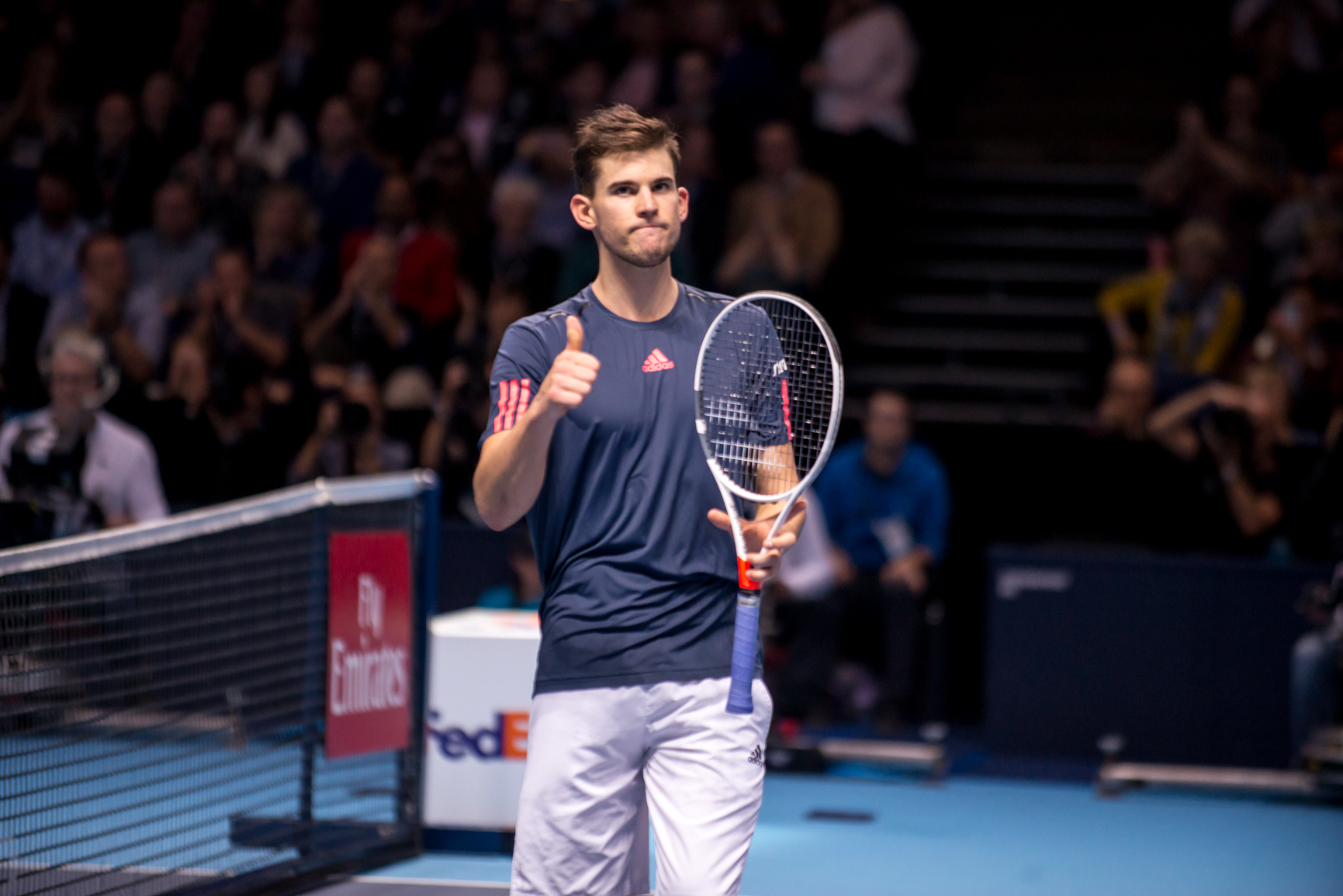 Work, work and work in the motto of rising star Dominic Thiem. Known by many for his hectic schedule on the tour, the mindset and determination of the 23-year-old is one that can inspire future generations.

Thiem played his 110th match of 2016 against Gael Monfils in the ATP Finals on Tuesday (winning in three sets). It can be forgiven to expect the Austrian to be sluggish and wishing he was at home in bed after such a busy year. Nevertheless, Thiem’s passion to succeed is no less now than it was when he started his season in Brisbane.

“If I would have played less, I wouldn’t be here at the Finals. This was one of the reasons why I’m here, because I was playing a lot.” Said Thiem.

The work ethic of Thiem is one that he has always stuck to. When Gunther Bresnik spoke with Ubitennis in June, it was one of the first things he spoke about. At the time Bresnik was coaching the Austrian as well as Ernests Gulbis. According to him, Gulbis was the one with the natural talent, but Thiem was the one committed to succeed

“If you consider working ethics, patience for the game and everything, Dominic is on top of a few other guys. He’s not gifted in a way that he doesn’t need to do anything, but he wins a lot. Whatever he achieves in his career is through a lot of work.” Said Brenik.

Claiming four titles on three different surfaces this year, Thiem made his top 10 debut in June after reaching his first grand slam quarter-final at the French Open. Since then, the Austrian has maintained his position amongst the world’s top elite.

Ironically, it wasn’t his high match participation rate that secured his place in the year-end event. Thiem also benefited from the withdrawal of the higher ranked Rafael Nadal to make his debut at the O2 Arena. Despite that stroke of luck, he has already displayed characteristics of a player that belongs in the event.

“I feel like I belong here. It doesn’t matter if I was (ranked) nine or eight or one, it’s very nice to get a win here.” He said shortly after defeating Monfils.

Now playing alongside the titans of men’s tennis, will 2017 bring a new approach to the tour for Thiem? Those expecting him to dramatically slash his schedule might be disappointed. A player who thrives off playing matches and working hard, it is only inevitable what will happen.

“Maybe I will play a little less, but also maybe not. I think also the body and the mind and everything gets used to it. It was my first year that I played over 80 matches.” He said.
“I think it’s really normal. I think that if I play the same amount of matches and tournaments next year, I will be used to it much better than this year.”

Thiem’s continuous work and dedication to the game is one that rightfully earned him a rapidly growing fan base. It is an example for fans to admire and for aspiring players to follow. This year Thiem has been the definition of ‘hard work pays off.’

The Story Of The Little-Known IC Presidents’ Cup