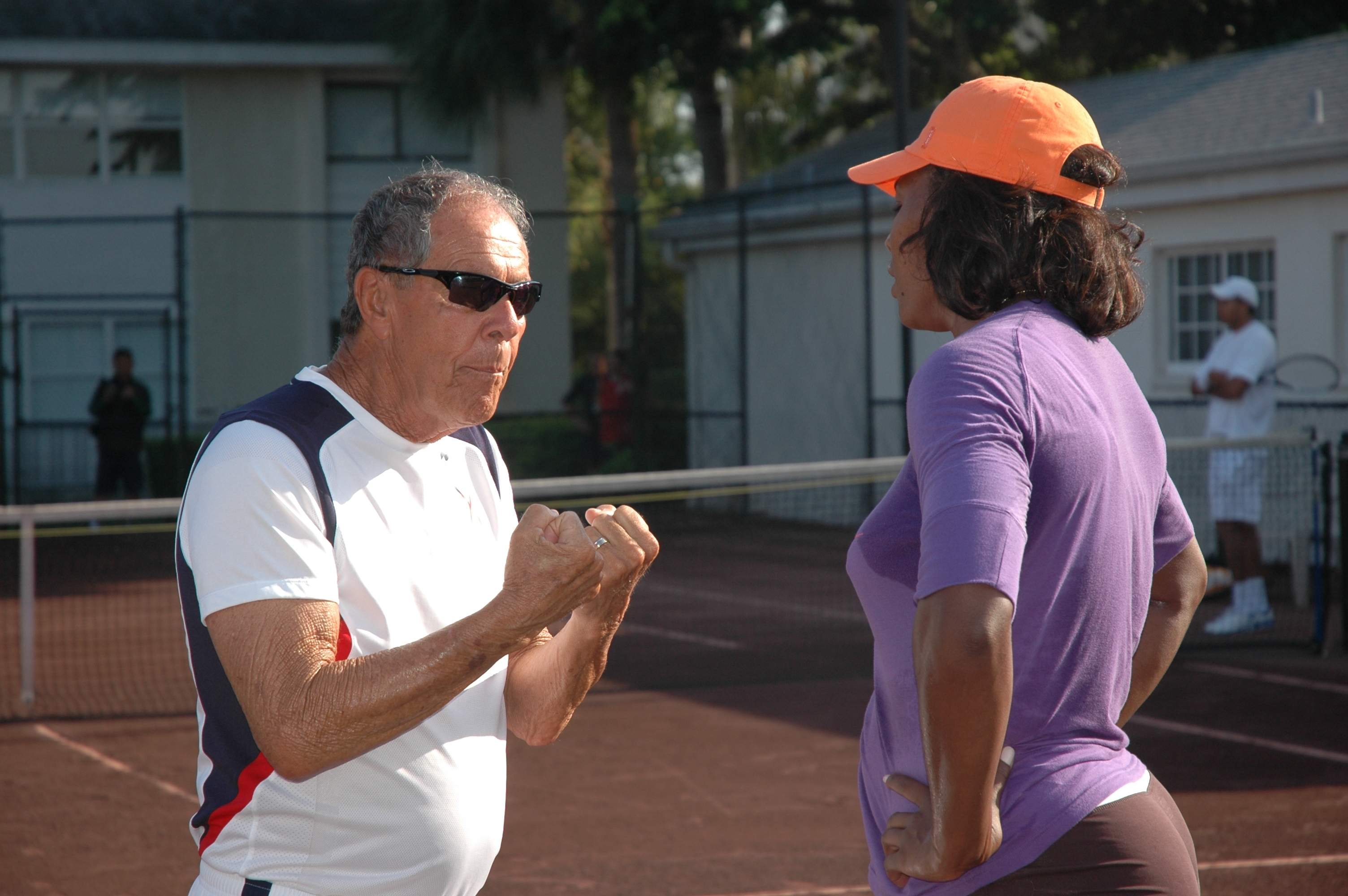 In the first of a series of articles that Nick Bolletteri has agreed for Ubitennis to publish, the renowned tennis coach writes about how he created one of the most influential training centres in the history of tennis.

How could I have known that my two, broken down tennis courts in Victory Park was someday morph into the greatest athletic training facility that the world? How could I have imagined that those two courts, in North Miami Beach, Florida would one day lead to a training facility that would host 10 of the top tennis players in the world? How could anyone have predicted that those modest beginnings would one day become IMG Academies, training the finest athletes in the world, in nearly a dozen sports? Only a dreamer; someone who put no limits on his imagination! My life has been a series of opportunities; both seized and missed. Imagine this:

To cite two examples, Cheryl Smith won the Girls USTA National 14s. Cheryl was a steady baseliner. Brian Gottfried preferred coming to the net and volleying and became one of the top world-ranked players.

Yes, I have always been a dreamer. Far beyond what we would call normal ambition, I gave up on serious opportunities to achieve my goals. For example, I dropped out of law school after only 3 months, realizing, although I had a gift for law (I could sell sand in the desert), that it wasn’t the destination that was meant for me.

My uncle, Tony DeFillipo, who was head of the sanitation department in the City of North Miami Beach, and his best friend, Frank Sepedi, who has the Water Commissioner for the City, helped to change this small, broken down tennis facility. With their influence my small complex became an 8-court facility with lights. You see the picture? Two Big Hitters, Two Big Italians! Little by little I began to learn more about teaching tennis and one important realization, “No two players are alike.” My top students were Brian Gottfried, Cheryl Smith, Margie and David Gengler, George and Randi Shuert, Paul Kantrowich, Joe Szucs and a few others.

Before long, my name became attached to the excellence of my students and another big opportunity arose. I was offered the job of Director of Tennis for the City of Springfield, Ohio. The program there was only for the summers and had earned the reputation as one of the best junior programs in America. 1,500 youngsters, dressed in white clothing, attended each week. Although the children paid $.50 to travel on the bus, the instruction was absolutely free. My winters were spent at various clubs until another opportunity presented itself. With the support of the Passarell family, I became the tennis director of Laurance Rockefeller Hotels (Rock Resorts). I spent the next several winters in Puerto Rico running the tennis programs, which gave me the opportunity to meet some of the most influential people in the world. Some of those titans were: Bob Kraft, owner of the Boston Patriots, Louis Marx, whose father owned Marx Toys. (He later lent me $2 million to build the Nick Bollettieri Tennis Academy). Vince Lombardi, Coach of the Green Bay Packers, Carolina Murphy, the Horowitz Family, who would later support everything that I did in tennis, Dan Lufkin, the Carlson Family, the Landow Family, and the Zausner Family (who built the Port Washington Tennis Academy for me).

I realized that other tennis facilities were bigger, had rest rooms, club houses, etc. My facility had a few courts, a rock wall, a Pepsi machine and an umbrella serving as my pro shop. But I realized that success depended upon my willingness to devote my life to the sport; to get to know the kids and their families. It also allowed me to understand that “success” means different things to different people. To some, it meant learning to play a game that can last a lifetime. To others it meant making the high school or college tennis team. To still others it meant getting a college scholarship or playing on the pro circuit. It became clear to me that the aspirations of the player had a great deal to do with the outcome.

I have enjoyed a career that has helped thousands of players achieve their dreams. I’ve had ten number one players in the world and thousands who achieved the level of success that they aspired to. I must have been doing something right. I was inducted into the International Tennis Hall of Fame. This was followed my induction into the Black Tennis Hall of Fame in recognition of my decades of commitment to the inner cities of America and my collaborations with tennis legend and humanitarian Arthur Ashe. Who could ask for a more rewarding life?

The IMG Academy was founded by Nick Bolletteri in 1978 and has been the training centre for some of the worlds best tennis players. Bolletteri has already coached ten world No.1 players, including Andre Agassi, Brois Becker, Martina Hingis, Venus and Serena Williams. The 400 acre complex trains 13,000 junior, collegiate, adult & professional athletes annually, including families and corporate groups,  from over 75 countries. To find out more about programs provided by the academy, visit https://www.imgacademy.com/

Davis Cup: Nadal and Murray Headline Nominations, No Federinka For The Swiss