10 Surprising Players That Ended The Careers Of Legends - UBITENNIS There are always certain things that a tennis player remembers about their career. Their first professional match, their first title and their final match. It seems cruel that the careers of some of the worlds greatest tennis players were ended by  players that the world has since forgotten, but this has happened to many of them in the past.  So who were those players and what are they doing now?

The 42-year old Slovakian was still an active doubles player until February 2016. Her biggest accomplishments came in doubles, where she reached the No. 3 ranking, while in singles her best was No. 31. The 2002 season was the best in her career after reaching the final of US Open with Elena Dementieva and winning the Year-End Championships. To end her outstanding year, Husarova ended the singles career of former World No. 1 in singles and doubles, Arantxa Sanchez-Vicario. This happened in the Fed Cup final between Slovakia and Spain. Husarova won the match easily 6-0 6-2, sealing the Fed Cup title. Sanchez-Vicario played a couple of more tournaments in doubles, in 2004 and 2005, losing twice more to Husarova. Nowadays, Husarova keeps busy with her tennis academy, and also running the Amateur Tennis Tour in Slovakia.

Prev1 of 10Next
Use your ← → (arrow) keys to browse
Related Topics:
Up Next

Maria Sharapova has announced the end of her 18 year long tennis career. 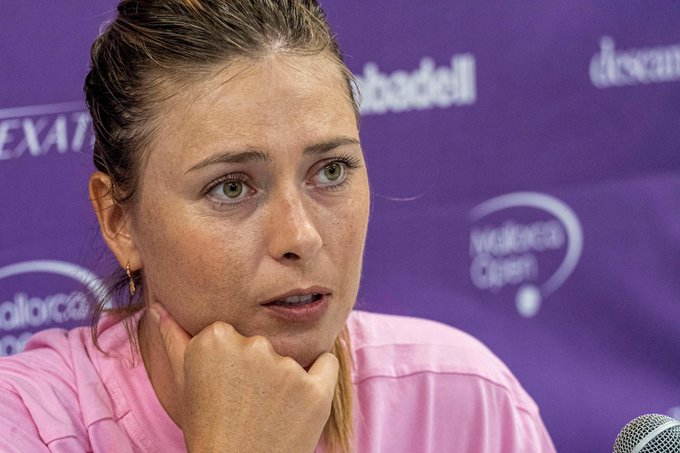 The Russian burst on the scene in 2004, when she won her first grand slam title at Wimbledon beating Serena Williams at the age of 17.

What followed after that was 36 WTA titles, four more grand slam titles which included winning the career grand slam and becoming world number one at the age of 18.

Off the court, Sharapova became a commercial phenomenon and a pioneer for sponsorship deals and clothing deals in the women’s game.

However the latter stages of her career where tarnished by being caught positive with Meldonium, which was handled with atrocity by her management team.

In an essay written in Vanity Fair, Sharapova says it’s time to say goodbye to the game she has played since she was four years old, “I’m new to this, so please forgive me. Tennis—I’m saying goodbye,” Sharapova said in her long piece.

“In giving my life to tennis, tennis gave me a life. I’ll miss it everyday. I’ll miss the training and my daily routine: Waking up at dawn, lacing my left shoe before my right, and closing the court’s gate before I hit my first ball of the day. I’ll miss my team, my coaches. I’ll miss the moments sitting with my father on the practice court bench. The handshakes—win or lose—and the athletes, whether they knew it or not, who pushed me to be my best.”

In the announcement, Sharapova also revealed that it was at the US Open last year before her match against Serena Williams that she first had thoughts of retirement, “Listening to this voice so intimately, anticipating its every ebb and flow, is also how I accepted those final signals when they came,” Sharapova explained.

“One of them came last August at the U.S. Open. Behind closed doors, thirty minutes before taking the court, I had a procedure to numb my shoulder to get through the match. Shoulder injuries are nothing new for me—over time my tendons have frayed like a string.

“I’ve had multiple surgeries—once in 2008; another procedure last year—and spent countless months in physical therapy. Just stepping onto the court that day felt like a final victory, when of course it should have been merely the first step toward victory. I share this not to garner pity, but to paint my new reality: My body had become a distraction.”

Maria Sharapova had lived out her dream to be a champion, in a career lasting nearly two decades, but her chances of being a tennis icon and legend were tarnished by her reputation by taking a performance enhancing drug.

Although tennis will miss Maria Sharapova and Maria Sharapova will miss tennis, the divorce between the two will be not acknowledged by many tennis stars as Tennis continues to evolve and live without the Russian.