Just How Long Could Serena Rule The Women's Game - UBITENNIS

That’s no worry. She probably could still be the best player in the women’s game when she’s 40. It’s just a matter of whether Serena still wants to be the world’s best player at that time in her life. James Beck

WHAT IF SERENA BECOMES BORED?
But what if Serena decided she no longer cared about being No. 1, and instead wanted to just start spending some of her money . . . maybe traveling and seeing the world through a different pair of glasses.

Who would take her place? Probably no one will ever be able to do that.

But women’s tennis would be one game that would be hard to figure out. Instead of picking winners, you could throw darts at the names of a dozen or more women, any of which might be the beneficiary of Serena’s departure from the game.

Every tournament likely would be wide open.

HOW ABOUT MARIA?
You say Maria Sharapova would be dominant. I wouldn’t bet on that, even though the Russian beauty certainly has a big game.

What about Petra Kvitova? The tall Czech lefty is about as predictable as the weather.

And don’t even mention Eugenie Bouchard.

THE LIST . . . ALL THE WAY TO COCO
The list could go on and on, maybe even throughout the current top 30 players.

Probably not Charleston’s own Shelby Rogers. But what about 47th-ranked Coco Vandeweghe?

Coco might have the most awesome serve around on this Serena-less tennis planet.

When Coco’s serve hits the “T” the ball appears to explode. She says she practices that serve all the time.

Why not? The “T” serve might make Coco one of the best players in the game one of these days.

Serena still makes a pretty good living off of the “T” serve. That serve should be able to carry Serena for the foreseeable future.

—
James Beck is the long-time tennis columnist for the Charleston (S.C.) Post and Courier newspaper. He can be reached at Jamesbecktennis@gmail.com
—
http://www.postandcourier.com/apps/pbcs.dll/section?Category=search&text=james+beck&facet.filter=&facet.filter=&sortbydate=1

Wimbledon: Day 6 round up

Wimbledon: Day 4 round up 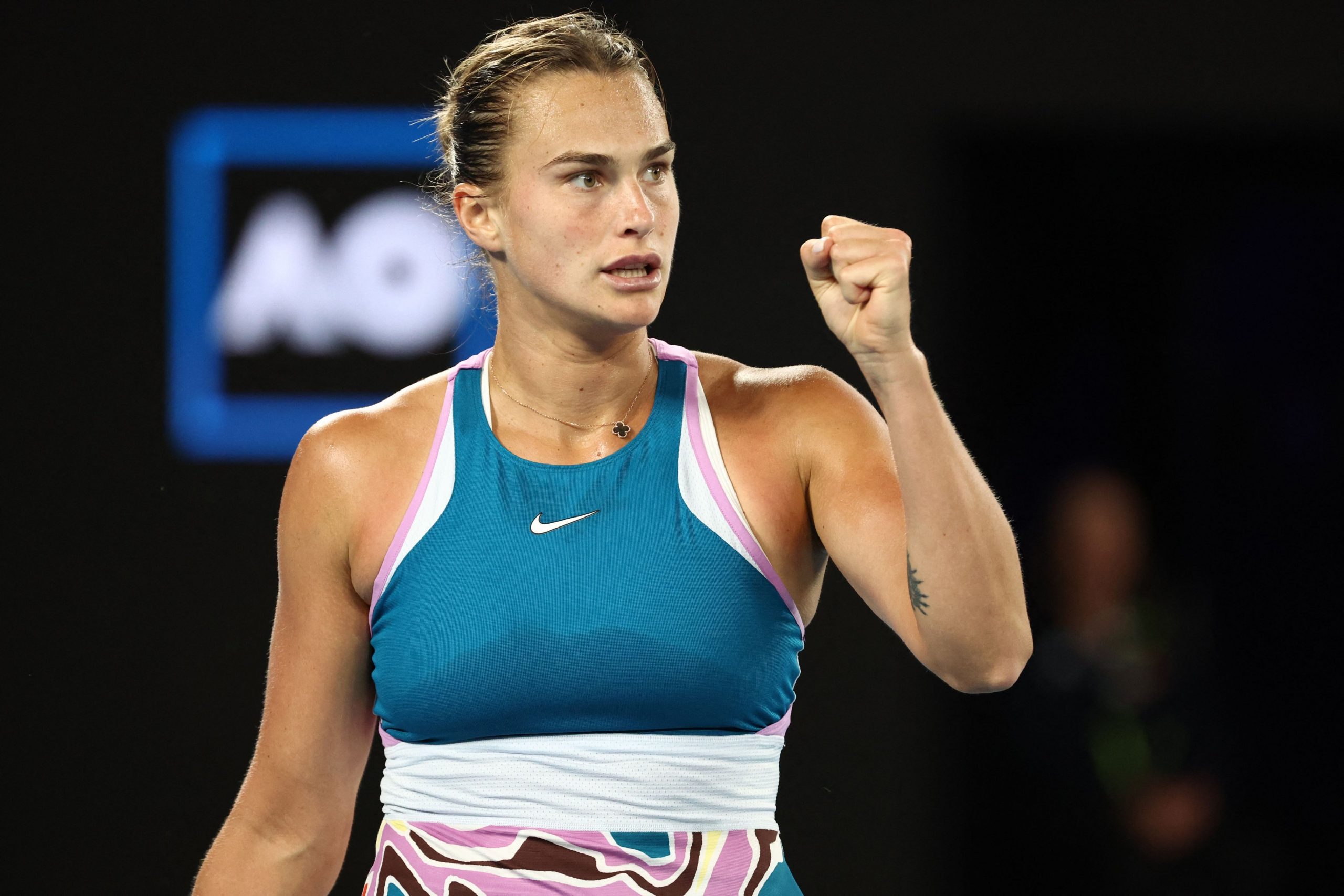 2022 was a trying year for Aryna Sabalenka.  She completely lost her form on her second serve, striking double-digit double faults in many of her matches.  And in her third Major semifinal within a 14-month period, she again lost in heartbreaking fashion, by a score of 6-4 in the third for the third straight time.  Many athletes never recover from such issues and scar tissue.  But in just the first month of 2023, and after working with a biomechanics specialist to fix her serve, a calmer, more confident Sabalenka has achieved her first Major singles final.

2022 was a milestone year for Elena Rybakina.  Six months ago, the 23-year-old had only won two WTA titles at smaller events, and reached one Major quarterfinal.  Then she surprised the tennis world by winning Wimbledon this past July.  However, she was granted no ranking points due to the controversial backlash to Wimbledon’s ban of Russian and Belarussian athletes.  And in the ensuing months, Elena was often banished to outer courts at bigger events, including this one, with court assignments unbefitting of a reigning Wimbledon champion.  Rybakina used all of this as motivation, and has achieved her second Major final just six months after her first.

Also on Saturday, the men’s doubles champions will be crowned.  Will an Aussie team triumph for a second year in a row?  Wild cards Rinky Hijikata and Jason Kubler will face Hugo Nys and Jan Zielinski, in a first Major final for both of these partnerships.

Sabalenka is a perfect 10-0 in 2023, and 20-0 in sets.  This is the fourth time out of the last six Majors she has advanced to the semifinals or better, and she already owns two Slam titles in women’s doubles with Elise Mertens.  Regardless of Saturday’s result, Aryna will reach a new career-high of No.2 on Monday.

Rybakina had lost five of her last eight matches heading into this fortnight, but has found her form as the event has progressed.  She has dropped only one set through six matches, to last year’s runner-up Danielle Collins.  Elena will debut inside the top 10 on Monday, as high as No.8 if she wins this final.  And she would be solidly inside the top five with her points from Wimbledon.

Sabalenka leads their head-to-head 3-0, though all three matches have gone three sets.  In fact in all three, Sabalenka won the first and third sets, while Rybakina won the second.  They’ve played four years ago in Wuhan, two years ago in Abu Dhabi, and two years ago at Wimbledon.

Aryna’s vastly-improved serve and demeanor have been crucial in advancing her to her first Major singles final.  But can she avoid double faulting, and remain calm, in what is the biggest match of her career?

No player’s serve has been more effective during this tournament than Rybakina’s.  As per Tumaini Carayol on Twitter, more than 50% of Elena’s serves have gone unreturned, which results in a lot of easy points.  And no player remains more calm on court than Rybakina, despite the berating comments her coach may share during the match.

Novak Djokovic will look to capture his tenth Australian Open title on Sunday. 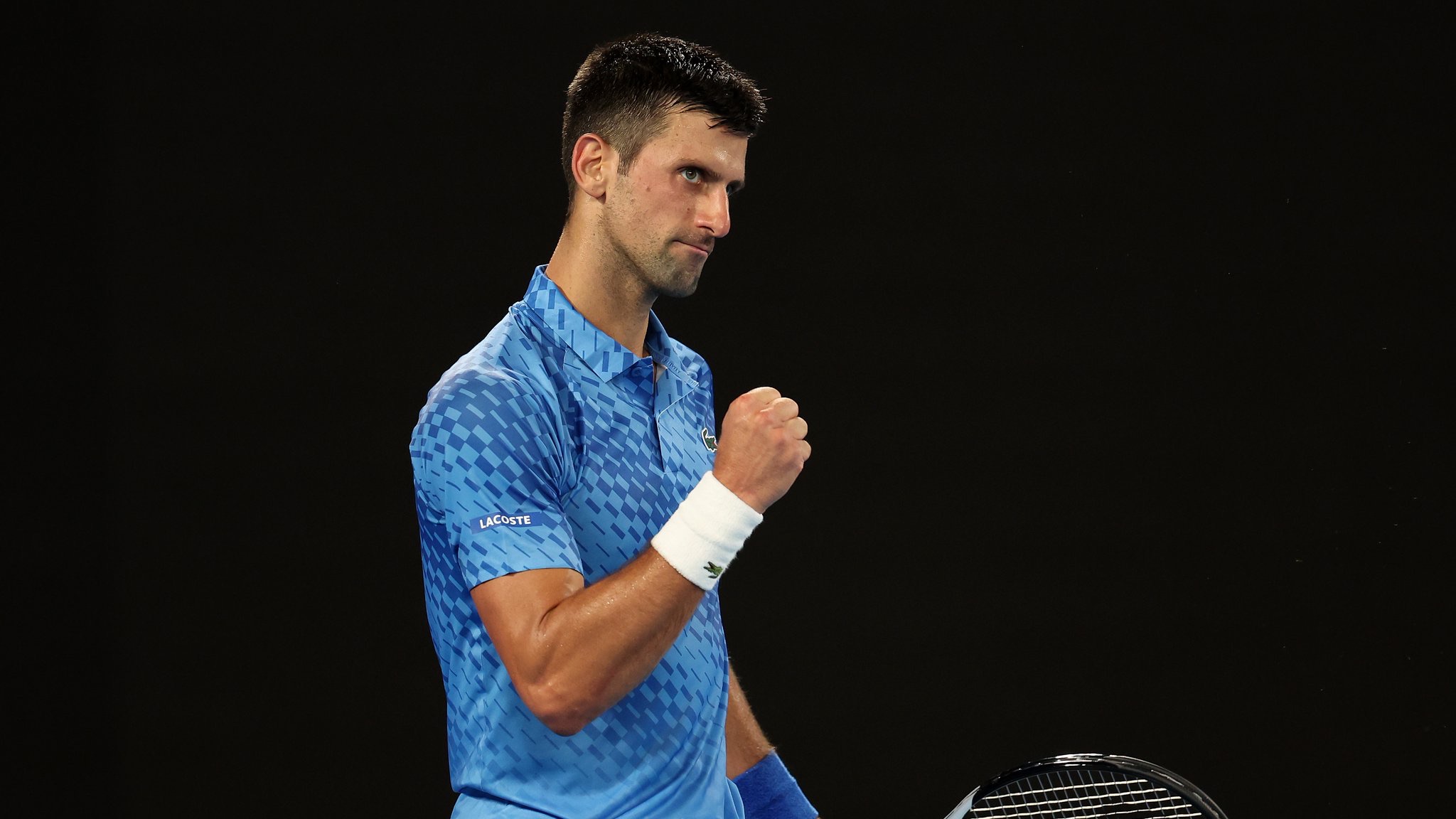 Novak Djokovic is into the Australian Open final after a 7-5 6-1 6-2 victory over Tommy Paul.

Djokovic will have the chance to claim his tenth Australian Open title and his 22nd Grand Slam title after a dominant straight sets victory.

Paul gave a good account of himself in his first Grand Slam semi-final but was ultimately outmuscled by Djokovic.

Djokovic’s bid for history will now go through Stefanos Tsitsipas on Sunday.

Competing in his first Grand Slam semi-final, Paul settled into the match playing some dynamic tennis to force Djokovic into early errors.

Djokovic started the match in rather erratic fashion but managed to save a break point to hold in the opening game.

However the former world number one found his range eventually as some world-class returning capitalised on nerves from the American as he broke and held for a 3-0 lead.

The Serb’s variety in pace and depth of shot was too much for the American as he dictated the tempo of the rallies.

Once Paul held serve to settle into the match in the fourth game, Djokovic’s onslaught continued as another break in the next return game secured another break and a comfortable 5-1 lead.

What would follow would not be in the script though as Djokovic produced more and more errors with Paul’s stubborn and dynamic style finding confidence as he punched holes through the Serb’s game.

Djokovic couldn’t convert set point and was broken twice as Paul reeled off four games in a row to level the opening set at 5-5.

In the end Djokovic would produce his best tennis when it mattered most with the Serb holding to love and then breaking on his first opportunity to take a tight opening set 7-5.

Although the opening set was littered with errors and erratic from both players, Djokovic produced a consistent standard in the next two sets as he improved the level on serve.

Once again Djokovic took a 5-1 lead in the second set and despite late resilience from Paul, the Serb held his nerve to wrap up a two sets to love lead.

The world number 35 had his moments of world-class tennis but ultimately it was Djokovic who was too strong as a further two breaks of serve sealed his place in a tenth Australian Open final.

After the match Djokovic commented on the state of his hamstring injury, “It’s great, and perfect and 100%,” Djokovic gladly commented in his on-court interview.

“Yeah – we’ll say against Stefanos in two days! Of course you are not as fresh as at the beginning of the tournament but we put in a lot of of hours in the off season. I know what’s expected and I have been in so many positions in my career.

“It’s a great battle, with yourself and the opponent. Long rallies and you could feel the heavy legs in the first set but I was fortunate to hold my nerves. After that I was swinging through the ball more and I am just pleased to get through another final.”

Djokovic and Tsitsipas will face each other in a second Grand Slam final after Djokovic won the Roland Garros final in 2021 in five sets. 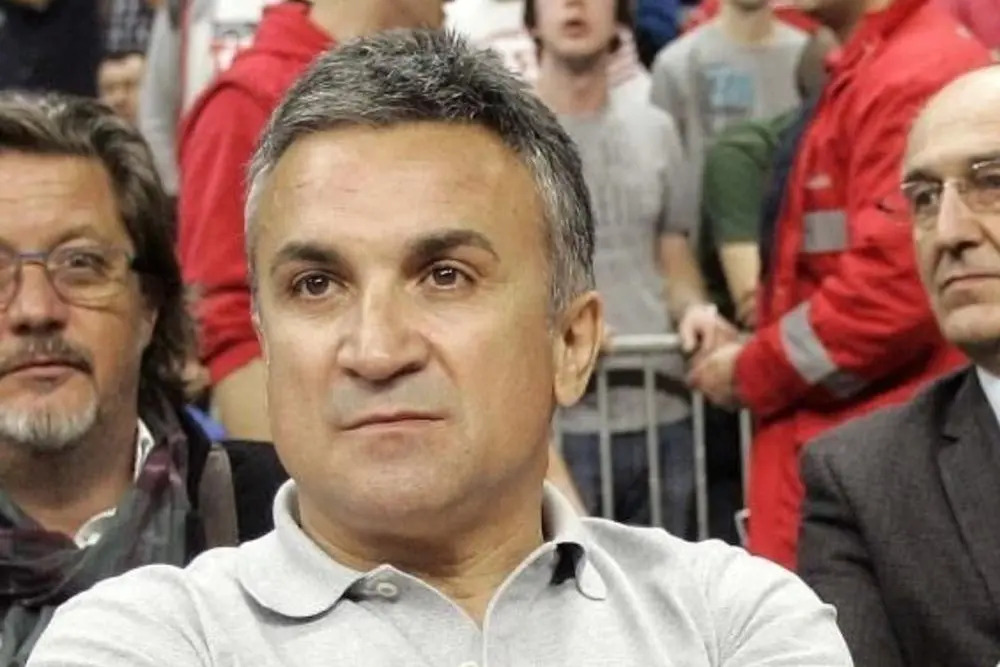 The father of Novak Djokovic has said he will not be attending his son’s semi-final match at the Australian Open to avoid the possibility of any ‘disruption’ after being caught up in an incident on Wednesday.

The Russian and Belarussian flags, as well as items with the Z symbol, are banned from the Australian Open as a result of the war in Ukraine. Tournament organisers have implemented the rule since day two of the Grand Slam following an incident involving a Ukrainian player Ukraine’s Kateryna Baindl in her match against Kamilla Rakhimovaon on the first day.

62-year-old Srdjan said he never had any intention of causing controversy and said his family only want peace in the world. Although in his press release, he didn’t offer any apology for taking part in the photos. There had been claims that Srdjan was heard saying a pro-Russian phrase in the video but this has since been disproven. Journalist Sasa Ozmo confirmed the phrase used by him was ‘Ziveli, Ljudi’ which translates to ‘Cheers guys’ and also means goodbye.

“I am here to support my son only,” Srdjan said in a statement on Friday.
“I was outside with Novak’s fans, as I have done after all of my son’s matches, to celebrate his wins and take pictures with them. I had no intention of being caught up in this.
“My family has lived through the horror of war, and we wish only for peace.
“So there is no disruption to tonight’s semi-final for my son or for the other player, I have chosen to watch from home.”

No explanation has been given as to why Srdjan decided to pose for the pictures to begin with when it was visibly clear that the fans were holding a Russian flag. Especially given the current political situation with the war in Ukraine which the United Nations say has caused at least 18,358 civilian casualties, including 7,031 deaths.

Ukraine’s Marta Kosytuk, who reached the semi-finals of the Australian Open women’s doubles tournament, said she was upset by the incident that took place. Speaking to reporters on Friday, she didn’t weigh in on saying if Srdjan should be banned from the tournament altogether but did point out that such situations ‘can’t be left unseen.’

“It hurts a lot because there were specific rules, they were printed out outside that this is not allowed to bring flags and so on,” said Kostyuk.
“Really hurts that they were out there for some time, they were on the court, in the stands as well.
“I don’t know, I just don’t understand, it really hurts and I don’t understand how this can be possible.”

As for Djokovic, he hasn’t commented on the matter leading up to his semi-final clash with Tommy Paul. The former world No.1 is bidding to win the Australian Open title for a historic 10th time in his career.