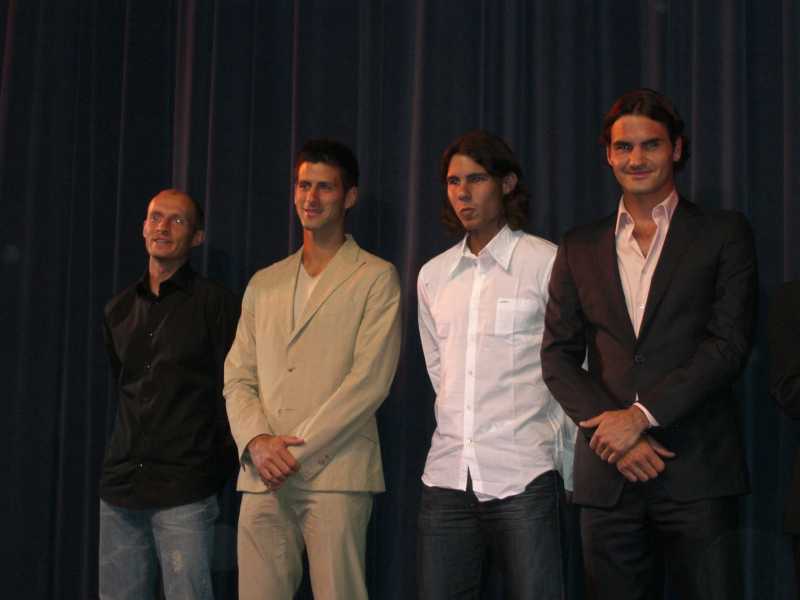 TENNIS- World Number 48 and sixth-seeded player Karin Knapp beat Roberta Vinci 7-6(5) 4-6 6-1 in the all-Italian final at the WTA Tournament in Nuremberg to clinch her second WTA title. It’s the 66th win of an Italian player in the WTA history. Diego Sampaolo

Knapp won three of the previous matches against Vinci including most recently in Marrakesh. Vinci broke serve twice for 3-0lead in the 1st set. Knapp converted on her second break point for 1-3 and held serve in her next game but Vinci broke serve opening up a 5-2 lead in the first set and held two set points at 5-3 but Knapp drew level to 5-5 before edging  her with 7-5 in the tie-break after a series of mini-breaks.

Vinci bounced back breaking serve once to open up a 4-1 lead but she dropped her serve allowing Knapp to draw level to 4-4. Vinci held her serve for 5-4 before breaking serve to clinch the second set with 6-4. She held serve to love in the first game of the decider for 1-0 but Knapp recovered reeling off six games in a row to win the third set with 6-1.

Knapp extended her lead to 4-2 in the head-to-head against Vinci.

“I am really happy to win the title. It’s never easy against Roberta. As you saw it was a close match but it’s great to get the win and gain some good confidence for the French Open”, said Knapp.

ATP 250 Nice: Thiem comes back from a set down to win his first title

Austrian Dominic Thiem fought back from losing the first set after a very tight tie-break to battle past Leonardo Mayer from Argentina with (8)6-7 7-5 7-6(2) after nearly three hours. Thiem saved all the six break points he faced and hit 44 winners and seven aces.

Both players reached the final without dropping a set in the whole tournament. Thiem earned three break points in the third game of the first set but Mayer saved them with his serve. After a series of deuce games Thiem brought up three break points. In the next game Thiem faced two break point but he saved them. The set came down to the tie-break where Mayer got a mini-break to go up 5-3 but Thiem broke back. Mayer got another break. Mayer served for the set but Thiem saved it with a passing shot winner

Thiem now leads 2-1 in his head-to-head matches against Mayer. At 9-8 Mayer hit a backhand passing shot to win the first set with 10-8.

Mayer earned two break points with a down-the-line backhand passing shot but Thiem held his serve. The Argentine earned two more break points in the seventh game but he made two backhand errors. The set went on serve until 5-4 when Mayer faced the first break point but he saved it. Thiem broke serve at 6-5 to clinch the second set.

Thiem earned two break points in the fourth game but he failed to convert them. After a hrad-fought third set the match was decided by the tie-break. Thiem took two mine-breaks to win the breaker with 7-2 after nearly three hours.

The young Austrian player clinched the first title of his career. Last year he lost the Kitzbuehl final against David Goffin.

“It’s very special, the first title ever. It’s not only this. The match was a really good level. Leonardo played outstanding and I was fighting until the end. I think it was one of the best matches I have ever played. I will remember the first title forever”, said Thiem.

Brazilian Thomaz Bellucci beat Joao Sousa 7-6(4) 6-4 to win the inaugural title in Geneva. Bellucci clinched his fourth career title after Gstaad in 2009 and 2012 and Santiago in 2010.

In the second set Sousa took an early break and opened up a 2-0 lead.. Bellucci broke back in the 8th game before reeling off four consecutive games to clinch the win.

Bellucci converted on four of his six break point chances and won 64 percent of his first serve points.

Federer and Wawrinka cruise on Day 1 at the French 2015