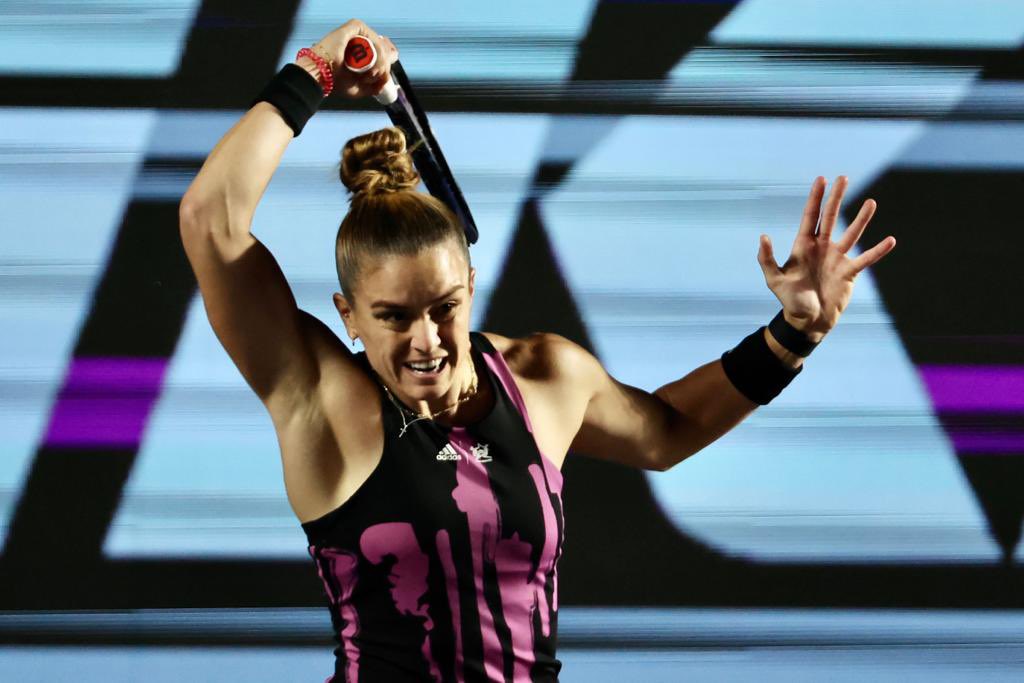 Greece’s Maria Sakkari is on the verge of qualifying for the season-ending WTA Finals following her roller-coaster win over Danielle Collins at the Guadalajara Open.

The fourth seed battled back from a set down to prevail 5-7, 6-3, 6-3, over the world No.16 in what was their first Tour meeting since 2018. Sakkari broke Collins five times in the match and won 58% of her first service points. In the opening set, she raced to a 5-3 lead before losing four games in a row. However, Sakkari bounced back in the next two sets by breaking the American once in each of those.

“I’m still shaking. It was a tough match, a lot of things on the table,” Sakkari said afterwards. “I just had to be brave, in the first set I failed to get a set point. But then I played great in the second and third sets.”

Sakkari, who is the fourth seed, is the second highest-ranked player remaining in the draw after Jessica Pegula. Earlier this week Aryna Sabalenka lost in the second round and Paula Badosa was forced to retire from her match due to illness.

The 27-year-old is now a win away from securing her place in the WTA Finals which will take place at the end of this month in Dallas. She will next play Russia’s Veronika Kudermetova in the quarter-finals who defeated Jelena Ostapenko 6-4, 6-4. Should she lose, Kudermetova will qualify for the event for the first time in her career.

“It was meant to be,” Sakkari said. “We both had very tough draws. It was not guaranteed that we were going to play each other in the quarterfinals. I think the passion, how much we want it, it got us to the point that we have to play each other just to get that one spot. It’s going to come down to not who wants it more, but who plays a better match tomorrow (Friday).”

The two players have locked horns on the Tour three times before with Sakkari winning their most recent encounter at this year’s Australian Open 6-4, 6-1. Overall, she leads their head-to-head 2-1.

“We both have good seasons. That’s why we’re fighting for that spot. I don’t care what people say about my season that has been a roller coaster, but all I know is I’m still a Top 10 player. I’m still one of the two players that might get the last spot.” Sakkari stated.

The WTA Finals will begin on October 31st.

Related Topics:Maria Sakkari
Up Next