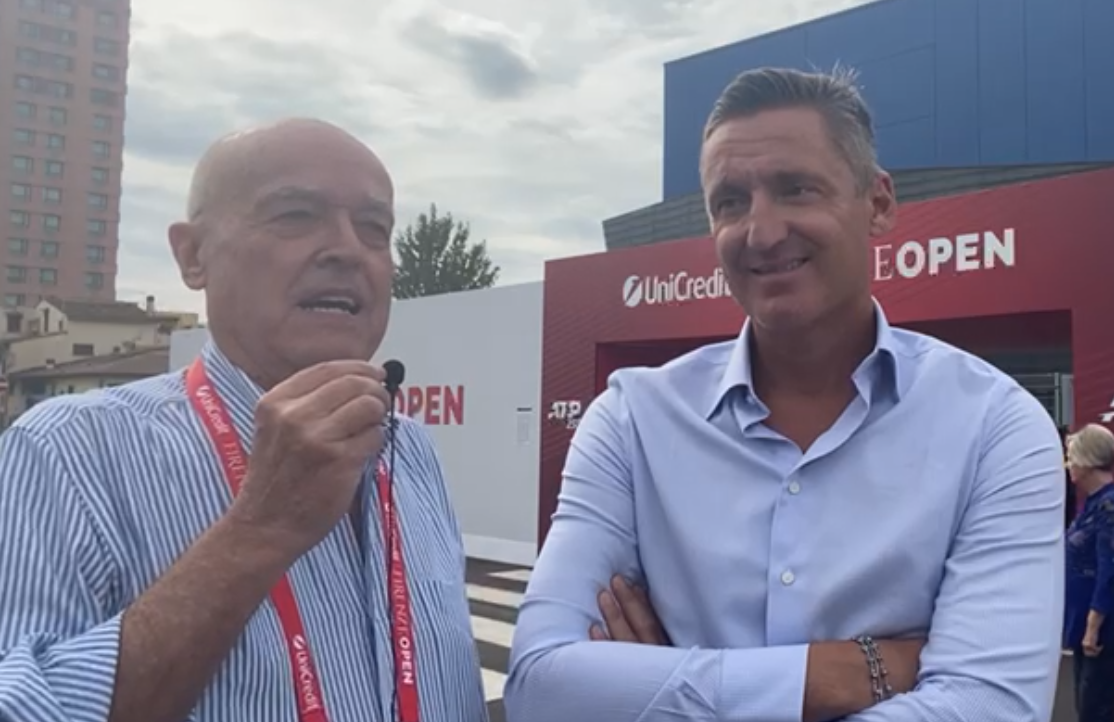 On the first day of the Unicredit Florence Open, ATP chairman Andrea Gaudenzi paid a visit to the tournament. Florence hadn’t hosted an ATP Tour event since 1994.

During an exclusive interview, Gaudenzi tells Ubitennis about a special relationship which started in the city when he played at the tournament during the early 1990s. The ATP chief also addresses a series of other topics, including why he believes Rafael Nadal will be playing at this year’s ATP Finals in Turin.

Scanagatta: Andrea, have you ever played in Florence?

Gaudenzi: Yes, I had played. By the way, I don’t know if you remember, in 1991 (I think it’s the right year) I met Thomas Muster and his coach. A relationship was born from this encounter, then I emigrated to Austria and started my professional career. I think I lost in the first round, while Muster was back on the tour after an injury and lost in the first round too.”

Scanagatta: But Muster then won the Florence tournament three times in a row. The club members used to complain that the winner was always the same… What about your great battle with him in Monte Carlo?

Gaudenzi: “That’s right, in the semifinal. I could have won. But there’s no point in having regrets…”

Scanagatta: As ATP chairman, are you pleased that there are two new tournaments in Italy, between Florence and Naples, that were not planned?

Gaudenzi: “We are extremely happy. The institutions and the Italian Tennis Federation have provided great support; replacing the Chinese tournaments scheduled in China in such a short time was not easy. I saw the arena today, it’s a terrific facility, and there is a high level draw, with excellent Italian players.”

Scanagatta: There are eight of the top fifty players, five Americans, although unfortunately there is no foreign press…

Gaudenzi: “They’ll come, for sure.”

Scanagatta: It is unlikely the Italians will succeed in qualifying for the ATP Finals, especially after Fritz won in Tokyo…

Scanagatta: Have you any news about Sinner? Is his ankle injury serious?

Gaudenzi: “I’ve spoken with his agent. It doesn’t seem to be a very serious injury and they’re confident he’ll be able to play in Vienna and Paris and do his best to qualify for the Finals”.

Scanagatta: We know Djokovic is going to be in Turin, but we don’t know about Nadal yet. He’s just become a dad and he also has some exhibitions scheduled in that month in South America…

Gaudenzi: “I don’t know. I hope he’ll come. In my opinion he will, because he’s never won the ATP Finals. He’s won everything else, but is still to secure an ATP Finals (title). He has always complained about the fact it’s played on hardcourt and not on clay. He’s got a point, but it’s quite inevitable considering the scheduling. Anyway I know it’s an event he would like to win at all costs because it’s the only important title missing in his palmarès”.