Carlos Alcaraz Has More Than His Share Of Heart - UBITENNIS 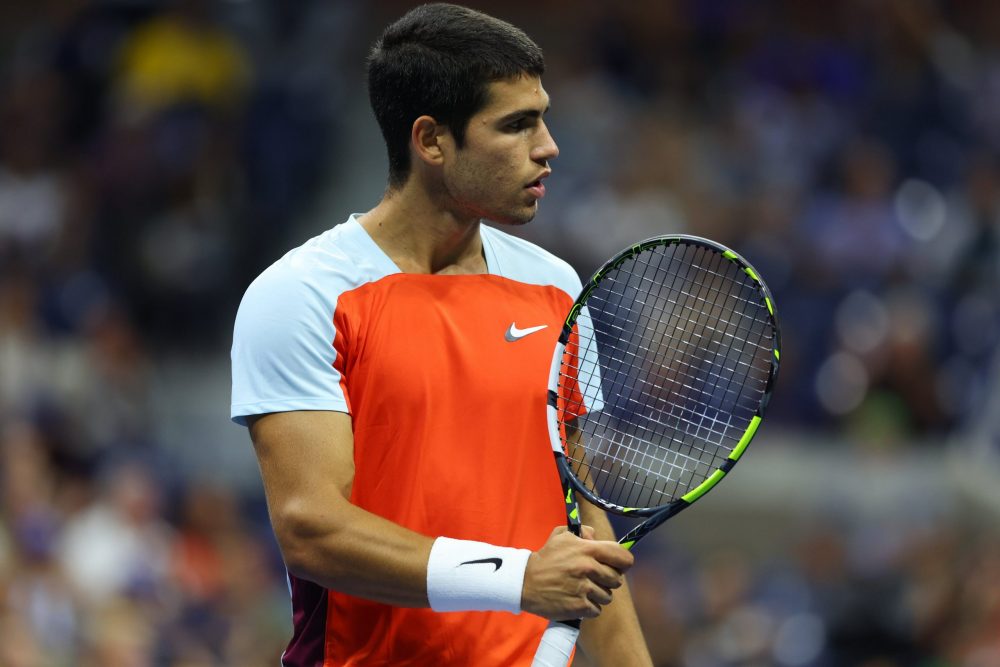 Carlos Alcaraz may have made believers of an entire new group of fans Friday night.

Even diehard Rafa Nadal fans surely are now in the cheering section for the new Wonder Boy of men’s tennis. Alcaraz is for real.

Most of the whole world of tennis already probably thought that was true before his latest exhibition of amazing and magical talent in the U.S. Open men’s semifinals. Frances Tiafoe thought he had a chance against the 19-year-old Spaniard. In reality, he didn’t.

This one was all about heart. Alcaraz has more than his share of it.

ALCARAZ HAD TOO MUCH ENERGY FOR TIAFOE

Tiafoe simply ran out of gas and energy against the power, energy, quickness and magic of Alcaraz.

That doesn’t mean that Tiafoe didn’t give the match everything he had. He did. He just ran out of gas a little too early.

The little dash of extra magic that the great ones usually have made the difference for Alcaraz.

The odds of Alcaraz winning his first Grand Slam title and becoming the No. 1 player in men’s tennis on Sunday night now look pretty steep in the young Spaniard’s favor.

Casper Ruud plays near-flawless tennis when he’s facing some of the other top players in the men’s game. But this time, the Norwegian will be facing Alcaraz, not Tiafoe or Karen Khachanov.

The word perfection likely can be tossed aside Monday night. Even Alcaraz will make a few mistakes, but don’t count on the occurrence of too many of those. The 5-11 Spaniard bounces back like a rubber ball.

If Alcaraz has most of his energy left after all of these five-setters, Ruud shouldn’t pose a major problem for Alcaraz in Sunday’s men’s singles final that’s almost an all-or-nothing battle. The winner not only claims his first Grand Slam title, but earns the even more prestigious No. 1 ranking in the world.

Ruud, of course, will show up with his usually near-perfect ground game. But if Alcaraz has his arsenal of weapons ready, Ruud will see more than his share of jet-like balls streak past him.

For Ruud, this may be one of his few shots at being No. 1, although he’s only 23 years old.

Both Alcaraz and Ruud probably have been lucky that Nadal and Novak Djokovic, and even Nick Kyrgios, Daniil Medvedev, Stefanos Tsitsipas and Jannik Sinner haven’t always been able to play a full schedule during the Pandemic era. Partially as a result, the U.S. Open finalists have been able to move up the rankings quickly.

Ruud, in particular, was a virtual unknown to the vast world of tennis two years ago, and only in the last year or so has Alcaraz been recognized globally as the great talent he is.

Alcaraz has the luxury of still being a teen-ager. He can be expected to stand in Ruud’s way for a long time as Alcaraz prepares to take over the men’s game.

ATP Rankings: Carlos Alcaraz Is On Top Of The World With Ruud By His Side

Carlos Alcaraz Praises Mental Improvement Ahead Of US Open Final